Political instability is nothing new to Italy, which has seen 13 prime ministers and 20 different governments over the last 30 years alone. After Prime Minister Giuseppe Conte's resignation this week, it's highly likely that another will soon join the list.

Conte’s resignation on Tuesday was his second in two years: he last quit in August 2019 after around a year in the job, only to return at the head of a different coalition two weeks later.

In other words, Italy has already had two governments since its last general election in March 2018 and is in the process of trying to form a third – and we’re only halfway through this parliament’s five-year term.

Italian politics aren’t always this unstable, of course; nor is the problem unique to Italy.

The past few years have seen disruption to the old political order across the continent. All over western Europe, political discussions have become more polarized, and the current problems in Italy share many aspects of those in its neighbouring countries.

The Five Star Movement (M5S), the largest partner in each of Italy’s past two coalition governments, billed itself as anti-establishment when it stormed into Italian politics around ten years ago, and was one of many populist groups in Europe to rise fast and take votes from both the left and right. And the issue of immigration has been divisive in Italy as it has in Germany, Sweden, Spain and other countries that also struggled to form governments after their most recent elections.

The fact remains, though, that while the situation in Germany, Sweden and other European countries – especially northern ones – is treated as unprecedented, in Italy the latest crisi di governo is seen in some ways as business as usual. Over the past 30 years, Italy's 13 prime ministers compare to just five in Spain and Sweden, while France has been led by five presidents and Germany by just three chancellors.

So what is the Italian factor?

For starters, it's a young country. The Kingdom of Italy was officially founded in 1861, making it nearly a century younger than the USA. Before this, the area which is now Italy was made up of rival regions which were under varying systems of rule, including for example the Papal States, the Grand Duchy of Tuscany, and Kingdom of the two Sicilies.

As the name suggests, the newly created Kingdom of Italy was ruled by a monarchy until the Second World War. After the war, Italy's borders changed again, the monarchy was abolished, and Italy became a democratic republic. 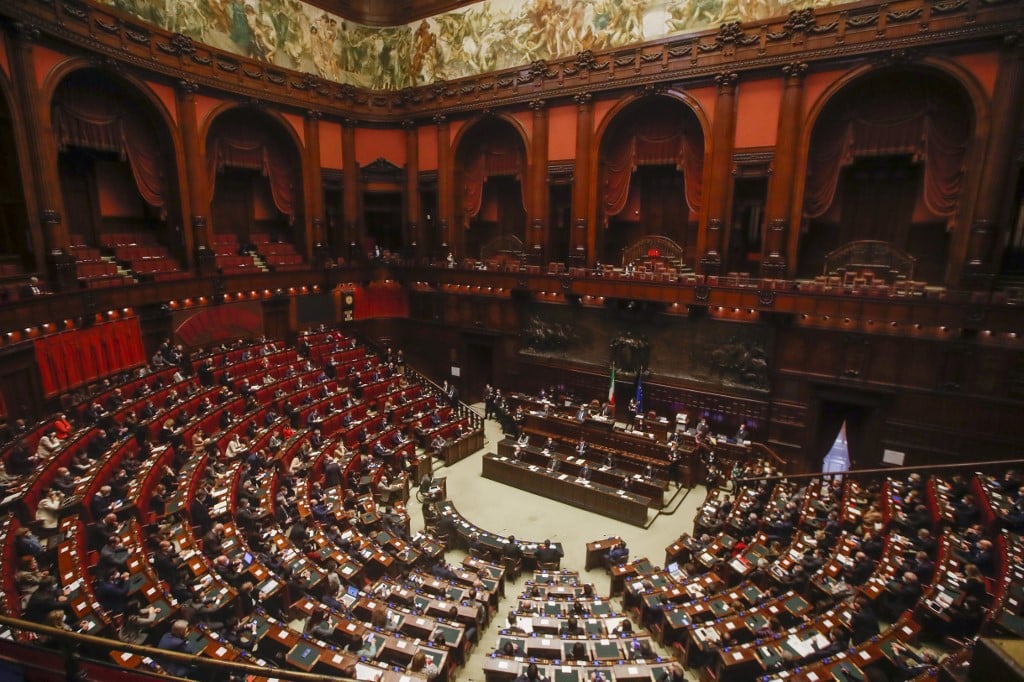 Inside Italy's lower house of parliament, the Chamber of Deputies. Photo: Alessandra Tarantino/Pool/AFP

Historical divisions between what were originally different states remain clear, and some regions (particularly the five that have a 'special status' in Italy) have very strong regional identities.

Italy's south has far higher unemployment and poverty levels. These challenges combined with a frustration at perceived neglect by previous administrations contributed to huge numbers voting for the new Five Star Movement and its policies of a monthly minimum income and pension reforms in 2018.

Meanwhile Matteo Salvini’s right-wing League – formerly the Northern League – fared well in its wealthier heartlands in the north (though polling suggests it has succeeded in wooing more southern voters since then). So in some ways, it can be argued that the conflicts within Italy's government reflect the competing concerns of different groups of Italians.

But Italy’s political landscape hasn’t always been as fractured as it is today. From 1946 to 1992, the dominant parties were the centrist Party of Christian Democracy and the Italian Communist Party. The Christian Democrats especially were the central force of Italian politics, featuring in every government, either alone or in coalition, for nearly 50 years.

Then, in the early 1990s, Communist regimes collapsed across Europe and the Italian party disbanded. At the same time, an unprecendented investigation into political corruption in Italy, now known as Mani Pulite ('Clean Hands'), saw half of all lawmakers indicted and irrevocably damaged the reputation of most of the main parties. The Christian Democrats were among the worst tarnished and saw their support drastically eroded until the party was finally dissolved in 1994.

The resulting shake-up was so dramatic that it ushered in a whole new era in Italian politics. The period from 1992 onwards is now called the Second Republic, effectively ending the First Republic created after the Second World War, even though there was no actual change to the constitution.

Old parties reinvented themselves and new parties broke through, including Forza Italia and some organized around specific issues. One such party was the Northern League, created to campaign for autonomy for Italy's northern regions but now fixated on opposing immigration and EU governance while demanding greater federalism.

So Italy has a lot of political parties, most of which are either very new or have changed drastically in form and stance over the years, and it also has a political system under a century old. This means greater choice for voters, and no two-party system like those seen in the UK and USA. People are perhaps less likely to vote for a certain party simply because their parents have done, because it is the norm in their town, or because they consider themselves either left- or right-wing.

A large number of parties win seats in Italy's two chambers of parliament, and no single party, nor even a coalition, has managed to secure enough seats to govern over the past six years.

Instead, Italy has been ruled by grand coalitions, or a group of parties from across the political spectrum which join together after the vote. Since the parties typically hold very different views, it's not hard to see why such coalitions often have a hard time agreeing on legislation, and often end up in disagreements that lead to government collapse.

And in some ways, this instability is a feature rather than a bug of the system.

For a long time, Italy used proportional representation and had no minimum threshold of the total vote in order to gain seats, meaning small parties had a greater chance of representation. When the system was first created, the idea was to avoid the possibility of one party or leader becoming too powerful.

A new electoral law introduced for the last election brought in thresholds (3 percent for individual parties and 10 percent for coalitions) as well as a first-past-the-post element, which increased the incentive for forming coalitions. 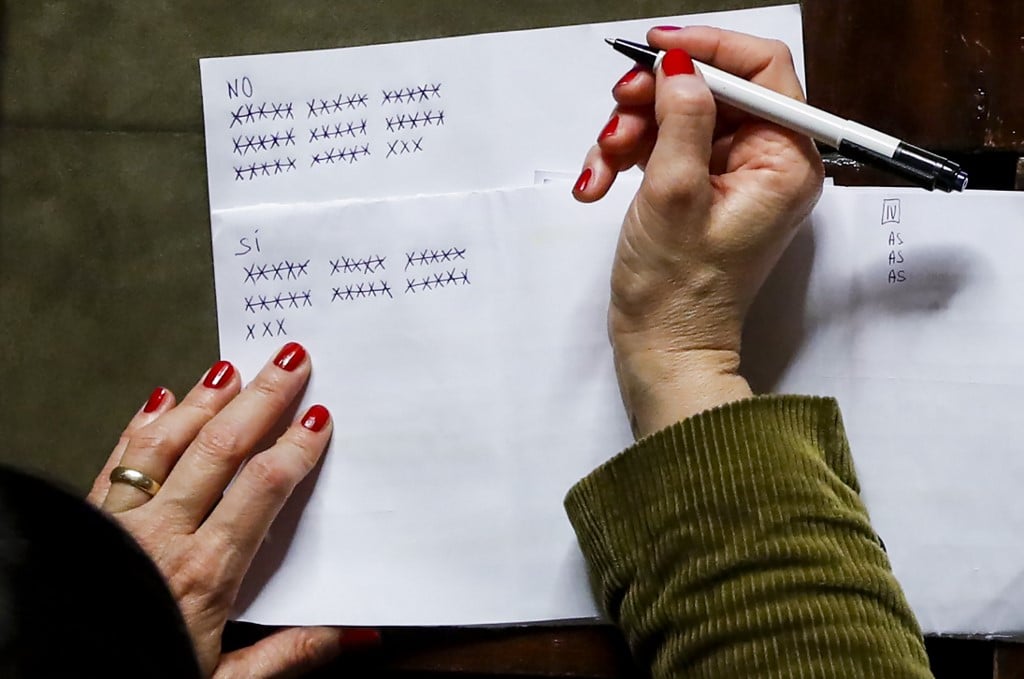 A senator counts ballots in a vote of no confidence in Prime Minister Giuseppe Conte. Photo: Yara Nardi/Pool/AFP

But unlike Germany, Spain or a few other parliamentary democracies in Europe, which have adopted the rule that parliament can only bring down a government if a majority of lawmakers is agreed on who should replace it, in Italy these coalitions can see partners pull out at will – even if, as the tiny Italia Viva party demonstrated in the current crisis, they represent only a minority of MPs.

That leaves coalition governments vulnerable to blow-ups and opportunism, as junior partners seek more influence or cabinet positions by threatening to pull the plug on the administration, and in some cases actually doing it.

With no party in Italy currently in a position to rule alone, another coalition seems almost inevitable: either one thrashed out in negotiations between party leaders this week, or after snap elections – which, even if they were to be called as a last resort, look unlikely to result in an outright majority for one party. But whether any of these options will offer more stability remains to be seen.

This is an updated version of an article first published in 2019.