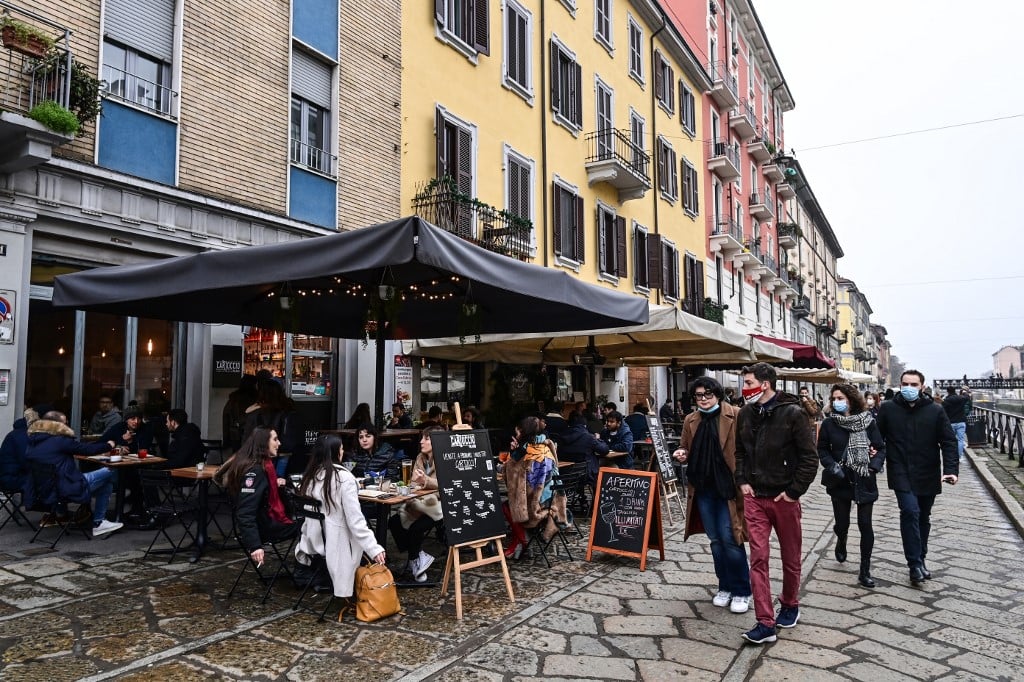 Most of Italy's regions have been “yellow” since February 1st, under the national colour-coded system of yellow, orange and red that indicates coronavirus risk and the restrictions in place.

Based on the latest regional contagion data reported by the Health Ministry and Higher Health Institute, authorities announced on February 5th that risk levels would be kept low in most parts of the country – with the exception of Alto Adige (South Tyrol), which entered lockdown on Monday, February 8th due to a high infection rate.
READ ALSO: Italy's Covid-19 zone restrictions updated as Alto Adige goes into lockdown
Regions are now classified as follows:
Red zones: No regions are classed as red zones.
Orange zones: Puglia, Sicily, Umbria, the autonomous province of Bolzano.
Yellow zones: All other regions: Abruzzo, Calabria, Campania, Basilicata, Emilia Romagna, Friuli Venezia Giulia, Lazio, Lombardy, Liguria, Marche, Molise, Piedmont, autonomous province of Trento, Tuscany, Valle d'Aosta, Veneto.
What are the 'yellow zone' rules?:
We may think we know the rules by now, as this system has been in place since November 6th.  However, the government has made several changes since then.
As regions turn yellow, this allows the daytime reopening of bars and restaurants, and greater freedom to travel within the region.
While this will no doubt be a relief to people living in these areas, the health ministry stressed that the downgrade does not mean a total relaxation of the rules.
“Being in a yellow zone does not mean the danger has passed,” Health Minister Roberto Speranza has cautioned. “We still need the utmost caution if we do not want to go back on the progress made in recent weeks.”
Here's what you can do:
In yellow zones, bars and restaurants can stay open until 6pm, including on Sundays. Takeaway service is allowed until 10pm for restaurants and until 6pm for bars, while there are no time limits for home delivery.
Museums reopen, but only on weekdays, therefore from Monday to Friday.
READ ALSO: 'No tourist pressure': Rome's biggest attractions reopen without the crowds
High schools can return to in-person teaching for 50 to 75 percent of classes.
For middle and elementary schools, face-to-face teaching continues, with masks required for children over six years old.
You can visit friends or relatives, but the following rules apply: You can travel to another private home in your region or autonomous province once a day between the hours of 5am-10pm. No more than two adult visitors are allowed, though children under 14 (from the same family) are not counted.
Travel to reach second homes outside the region is permitted, regardless of the colour of the region of origin and the region of arrival. You will need documents proving ownership or residency, and a completed self-certification form.
Travel to return home or to a place of residence is allowed, regardless of zone.
Barbers and hairdressers are open in all zones.
Outdoor 'motor activity' exercise is allowed (e.g. jogging and walking) in all zones.
Here's which rules stay in place:
The evening curfew remains in place from 10pm-5am across the whole country. If you need to go out during those hours, you'll need to take a completed self-certification form.
A ban on non-essential travel between regions remains in place, regardless of zone colour.
Cinemas, theatres, betting halls, game rooms, discos, ballrooms, concert halls, gyms, swimming pools, theme parks, spas and wellness centres remain closed.
Shops are open, but malls and outlet centres are closed on weekends.
Ski resorts stay closed until at least February 15th, subject to authorisation by the regional authorities.
Please be aware that different regions of Italy may have additional local restrictions. Check the latest rules where you are: find out how to do that here.
For more information please see the Italian Health Ministry's website (in English).