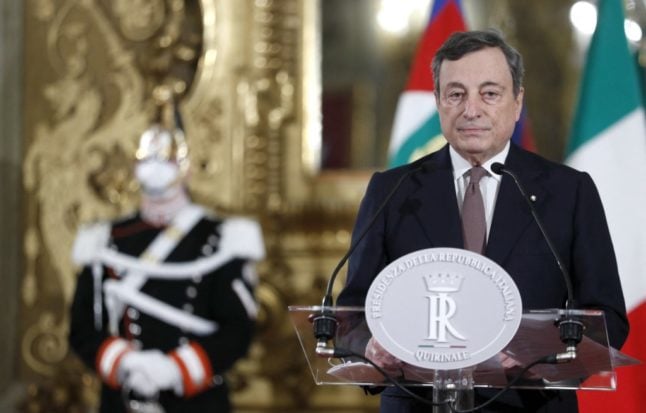 The 73-year-old economist will lead a new national unity government to replace Giuseppe Conte's centre-left coalition that collapsed one month ago, leaving the country rudderless in an unprecedented crisis.

After meeting with President Sergio Mattarella to formally accept the appointment, Draghi spoke only to list the names of his ministers, a mix of politicians and technocrats.

READ ALSO: Can 'Super Mario' Draghi lead Italy out of its crisis?

The senior deputy governor of Bank of Italy, Daniele Franco, was named as the new economy minister, while Roberto Speranza and Luigi Di Maio stay on at health and foreign affairs, respectively.

Draghi will return to the presidential palace at midday on Saturday to be formally sworn in, a spokesman for Mattarella said.

More than 93,000 people with coronavirus have died in Italy since it became the first European country to face the full force of the pandemic one year ago, and the toll is still rising by the hundreds each day.

Last year's shutdown and waves of subsequent restrictions plunged the eurozone's third-largest economy into its worst recession since World War II, and more than 420,000 people have lost their jobs.`

President Sergio Mattarella asked Draghi to form a new government on February 3, and the respected economist has spent the last nine days assembling the widest possible majority in parliament.

Almost all the main parties are behind him, from leftists to Matteo Salvini's far-right League, and including the populist Five Star Movement (M5S), the centre-left Democratic Party (PD) and Italia Viva, who shared power before.

Draghi was expected to present a list of ministers to Mattarella, before being formally sworn in on Saturday.

M5S, the biggest party in parliament which began life as an anti-establishment movement, was split over whether to support a government led by an unelected technocrat.

But in an online vote, members backed Draghi by 59 percent, after it claimed to have secured the promise to set up a new super-ministry for “ecological transition”.

Italy has high hopes for its new leader, dubbed “Super Mario” after vowing to do “whatever it takes” to save the euro single currency during the 2010s debt crisis.

His arrival was greeted with delight by the financial markets, and Italy's borrowing costs dropped to a historic low this week.

But “it is difficult to overstate the scale of the challenges that Draghi and Italy face”, said Luigi Scazzieri, of the Centre for European Reform.

The economy shrank by a staggering 8.9 percent last year, while Covid-19 remains rife and restrictions including a night curfew and the closure of bars and restaurants in the evening remain in place.

In one of the last acts of his government Friday, Conte's cabinet extended a ban on travelling between regions for another week, and tightened curbs in four regions.

Like other European Union countries, Italy has also fallen behind in its vaccination programme, blaming delivery delays.

The country is pinning its hopes on receiving more than 220 billion euros ($267 billion) in EU recovery funds to help get back on its feet.

But disputes over how to spend the money, between demands for longstanding structural reform and short-term stimulus, brought down the previous government.

Draghi's job is easier than that faced by previous technocrat prime ministers, such as Mario Monti, who turned to severe, unpopular austerity measures during the debt crisis.

“But spending funds is not enough,” noted Scazzieri, adding that the new premier “will find it just as challenging to enact long-called for reforms”. 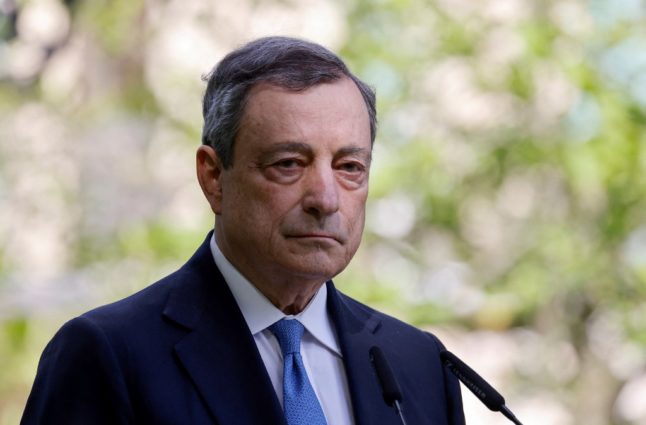