If you live in Italy and haven't exchanged your UK driving licence, it's time to buckle up. Photo: Unsplash/Daniel Hansen
Karli Drinkwater
[email protected]


UK nationals living in Italy will now need to take a driving test to obtain an Italian driving licence. And if you want to keep driving on the nation’s roads, it’s mandatory you get one.

Brexit has dealt a bureaucratic blow to Britons living in Italy, creating even more red tape than there was before. Now, you can add taking a driving test to your ‘Living in Italy’ to-do list.

“If you are a resident in Italy you should obtain an Italian licence. You will need to take a driving test to do so,” states an update to the British government’s website.

If you started the process of exchanging your UK licence before 1st January 2021, you’re in the clear and will not have to re-sit a driving test.

READ ALSO: 'Expect the unexpected': What you need to know about driving in Italy

However, if you haven’t started the conversion, you need to get an Italian driving licence within one year of obtaining residency.

As Britain currently has no post-Brexit reciprocal agreement with Italy to convert driving licences, you can only use your UK driving licence for a maximum of 12 months after getting residency in Italy.

No future reciprocal agreement has been confirmed, so the current requirements are set for the foreseeable.

If you’ve been in Italy for longer than 12 months already, on the other hand, you must sit the Italian driving test as soon as possible.

American and Canadian citizens – diplomatic and consular staff aside – have long had to jump this hurdle. But if you’ve taken EU privileges for granted until now, you’ll need to get into gear as it isn’t a quick procedure and the clock is ticking.

How do you take your driving test in Italy?

To apply for a Patente B, which is the licence for cars (and motorbikes up to 125cc), you have to be at least 18 years old and be in suitable health for driving. This means you’ll need a medical certificate for your eyesight, physical condition and mental health.

This must be obtained from an authorised doctor, in compliance with article 119 of the Highway Code

After a visit to the doctor, you can then apply directly to the ‘uffici della motorizzazione civile’ for a permit. These are agencies of the Italian Ministry of Transport, and there’s usually at least one in every town. You can find a list of them on the Ministry of Transport website.

For a helping hand through the paperwork, contact a local driving school, or ‘autoscuola’.

They obtain the temporary driving permit on your behalf, which is valid for six months. This deadline doesn’t change, regardless of whether you go solo or use the services of a driving school.

These six months are the time frame for passing your theory test, as stated on the Italian Ministry of Transport website – and you’ve got two shots to pass. From there, you have five months from the month following the date you pass the theory test to take the practical test. Again, you have two chances to pass that test too. 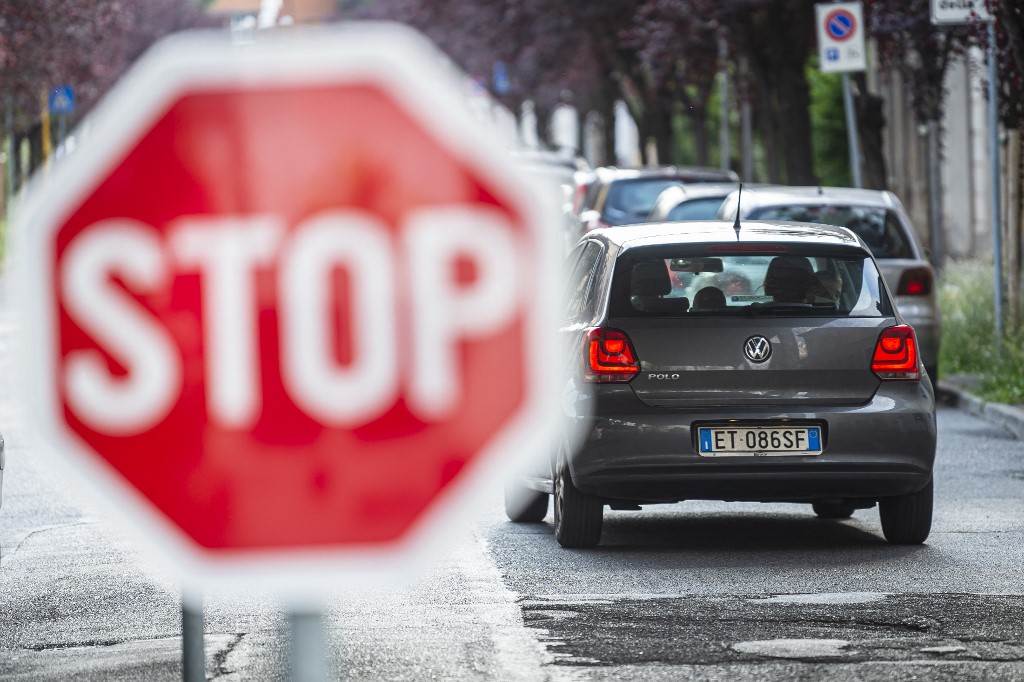 What documents do you need?

To apply for the licence, you need to provide:

This is where a driving school comes in handy. They can coach you on what you need to learn to pass the exam and some may even offer language help. However, the final exam is not available in English, so a degree of proficiency in Italian is required.

Depending on your level of fluency, this could be just as much a course in Italian as road safety.

Non-Italians who need to sit the Italian driving test have found this notoriously tricky. So much so that several sources told us they have been postponing the process and still haven’t got their licence, due to the substantial theoretical knowledge needed in Italian.

Diana Zahuranec from the US writes a blog about her life in Italy. She had been living in Piedmont for five years when she started the process of getting her Italian licence. She said relying on public transport and lifts from her boyfriend eventually pushed her into action. She wanted to do her shopping and to access remote villages independently.

She tells us you need to revise a lot for the multiple-choice theory exam and to take practice tests until you consistently pass them. She was already fluent in Italian when she started the process, but, like others, she claimed the detailed knowledge required in a foreign language is considerable. To the point that she can label the parts of an engine in Italian but not in her native English. 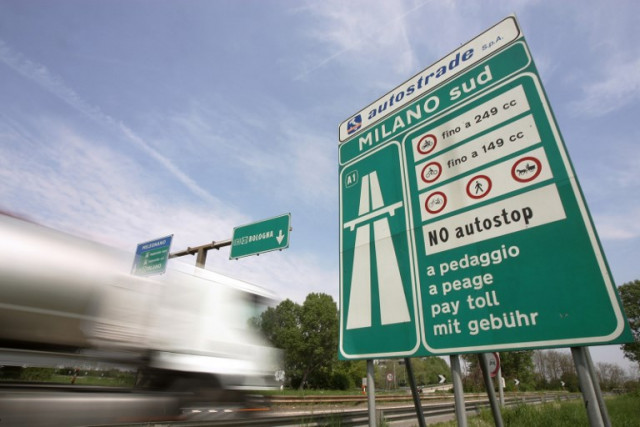 She advises to prepare for knowing the minimum height of tyre treads before tyres should be replaced and to rattle off dimensions of loads for different vehicles.

However, after completing lots of practice questions, she said she elevated her good level of Italian to excellent and subsequently passed the theory exam.

For Hami from Norway, this part is the sticking point. He never had a driving licence to convert in the first place, so had to get an Italian patente.

As he’s failed his first two attempts at the theory exam, he has to start the process from scratch, paying all the fees all over again. Now he’s tackling it from a position of experience, his advice is to revise thoroughly for the theory test.

Jed Smith, who runs a personal blog, Italy Wise, said he studied the Driver’s Manual for six months. Admittedly, he was fairly new to the country after leaving America and so the language in itself was a hurdle. However, he said there are creative ways to boost your learning, such as practising online.

To supplement your classroom lessons and the Italian Driver’s Manual, you can prepare for your theory exam with these useful sites:

Once you’ve passed your theory test, you’ll then receive the ‘foglia rosa’, the pink slip. This is a permit that allows you to proceed to the practical test. After you’ve been issued with this, you have six months to take and pass the practical driving exam.

Practise for the road test

Just because you perhaps already had a licence from another country doesn’t mean you can go straight to the practical exam.

It’s compulsory to do six hours of driving lessons with an approved instructor and this must include driving at night, on motorways and on roads out of urban areas.

Rebecca found this the toughest part of getting her Italian driving licence. She said her instructor was an elderly Italian man who often berated her for going too slowly and mainly spoke in dialect.

Her experience isn’t isolated and others have told almost comedic driving lesson tales. Jed said his instructor often shouted ‘cretino!’ at other drivers during his lessons, while frequently alternating between shouting ‘piano, piano’, and ‘vai, vai!’.

Just six hours of this part. Once you’ve got that under your belt, you can proceed to your road test.

After you’ve passed your theory exam and have taken your driving lessons, you can move on to the final stage of the process.

Remember, there’s a time limit from the moment you pass the theory part. If it expires, you have to start from the beginning. If you fail, you need to account for the time it takes to re-sit a test.

As you have 12 months available in total from the moment of residency, it’s advisable to start as soon as possible.

To take the practical exam, you must provide the following:

Once you’ve succeeded at the practical part, which both Diana and Jed say are over fairly quickly in around 20 minutes, you’re all set and will receive your Italian licence there and then, on the spot.

You can’t hold two licences at the same time, so you’ll surrender your UK one when you get your Italian patente.

For more information on driving in Italy, keep an eye on the UK government website’s Living in Italy section and also check the Italian government’s page on steps to obtain a Patente B.

See The Local's Dealing with Brexit section for more guides and updates.