Italy's ski slopes had been poised to reopen for the first time this season on Monday. Photo: AFP
AFP/The Local
[email protected]
@thelocalitaly


Italy's government on Sunday night blocked ski resorts from reopening, the day before skiing was due to be allowed for the first time this winter season due to coronavirus restrictions.

At around 7pm on Sunday evening, the health ministry announced the measure prolonging the ban on recreational skiing at resorts until March 5th.
READ ALSO: How will Italy's Covid-19 strategy change under the new government?
Resorts had hoped to reopen before Christmas, then after New Year, and then on February 15.
But in the first public act of Mario Draghi's new government, sworn in on Saturday, this has now been delayed.
The change reportedly came after new data from the country's top health agency, ISS, showed that the British variant of the coronavirus now represents, on average, 17.8 percent of new infections in Italy.
“Concern about the spread of this and other variants of SARS-CoV-2 has led to similar measures being taken in France and Germany,” the ministry said.
The about-turn was criticised by business owners, employees and local politicians, who described it as “bewildering” and “inconceivable”.
“It's a disaster. For a week now, we have been readying the slopes for the opening and preparing the health protocol,” said Denis Trabucchi, a 35-year-old ski instructor.
“This last-minute announcement is unacceptable.”
Trabucchi is one of around 3,000 instructors in Italy's northern Lombardy region who have been on furlough since March 8th, when the ski slopes closed under last year's coronavirus lockdown. 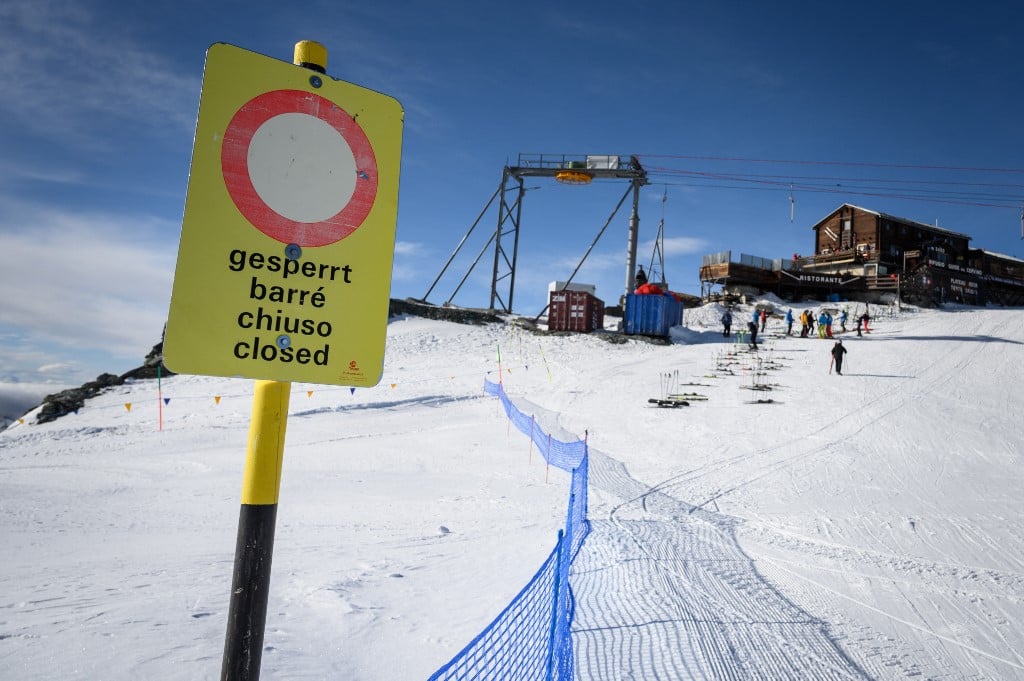 Photo: AFP
“A closure communicated at 7pm on the eve of the opening, planned for weeks, after months of work on protocols, hiring, preparation, is sincerely inconceivable,” said the president of the Valle d'Aosta Region, Erik Lavevas.
“While understanding the health reasons, the procedure is not genuinely explainable.”

President of Lombardy Attilio Fontana said it was “a last-minute decision that deals a further serious blow to a sector that was painfully restarting.”

“Once again, it shows that the system of 'week by week' decisions is devastating for both operators and citizens,” he said.

Some regions reportedly plan to issue local ordinances allowing ski slopes to go ahead with the reopenings.
The plan for reopening had been met with great relief in Italy's northern regions, where just four days ago authorities said ski resorts would be allowed to reopen, following favourable advice from the expert panel advising on the Covid-19 pandemic.
After weeks of coronavirus-related closures, it marked the first time in the current season that skiing would be allowed.
Many towns in Alpine and other areas in Italy rely heavily on ski tourism.
In Lombardy, the region hardest hit by the pandemic, ski operators had to limit the daily number of skiers to no more than 30 percent of the hourly capacity of cable cars and ski-lifts.
Other regions, too, had been allowed to reopen their slopes on Monday as long as they were considered “yellow” areas, signifying a lower risk of virus infections.
The health ministry said it would begin compensating ski lift operators for the continued closures as soon as possible.