The Italian parliament's Lower House ahead of the vote of confidence on February 18th. Photo: AFP

The lower house, the Chamber of Deputies, overwhemingly backed the former European Central Bank (ECB) chief and his cabinet team of technocrats and politicians, with 535 votes in favour, 56 against and five abstentions.

Given that nearly all parties have lined up behind the new executive, the near-unanimous result was not a surprise.

On Wednesday, Draghi easily won a first vote of confidence in the Senate, the upper chamber, by a 262-40 margin, with two abstentions.

Italy's new leader is taking over at a particularly difficult time, as the coronavirus pandemic has killed almost 100,000 people and sent the eurozone's third-largest economy plunging by a record 8.9 percent last year.

“There has never been in my long professional life a moment of such intense emotion and so much responsibility,” the 73-year-old economist said in his
inaugural speech at the Senate.

He pledged to use “all means” to fight the pandemic, starting with a faster vaccination programme. He also sketched out an ambitious reform plan, in line
with European Union expectations.

Draghi, who has extensive contacts in the EU and the United States, was set to make his international debut as prime minister on Friday, taking part in a virtual summit of G7 nations. 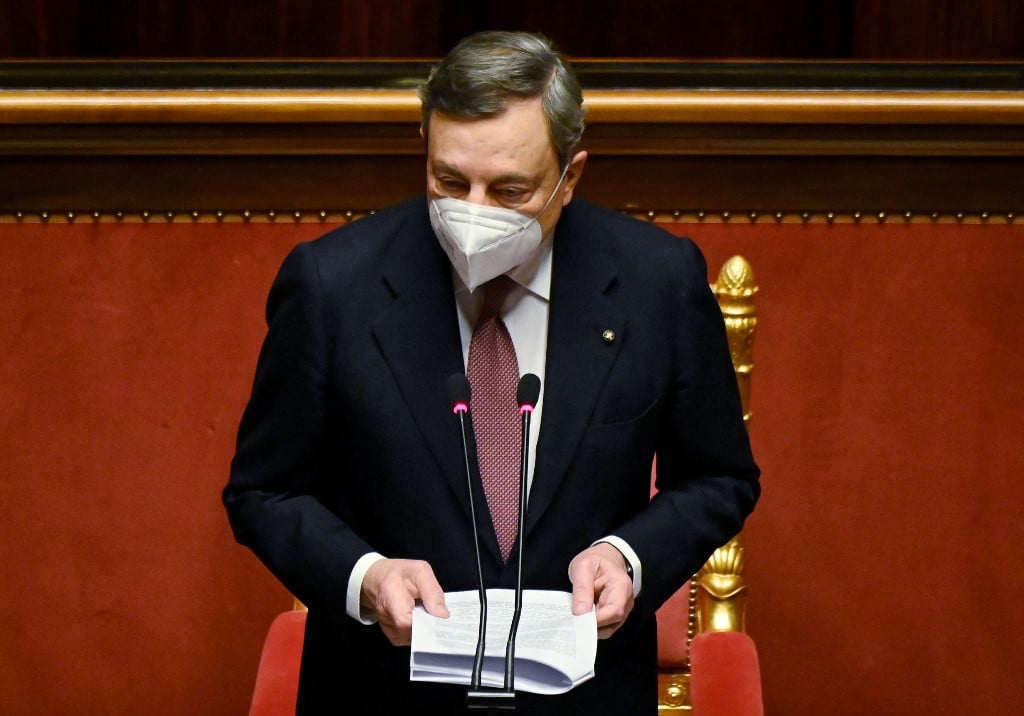 The ex-ECB chief was unexpectedly called in to solve Italy's political crisis two weeks ago, after the collapse of Giuseppe Conte's previous centre-left government.

The man known as “Super Mario” for helping save the euro while at the ECB has since won surprisingly wide political backing, including from the far-right, eurosceptic League of Matteo Salvini.

“Me and the League have complete confidence in your government,” Salvini said in the Senate debate, after Draghi warned that supporting him also meant signing up to a more integrated EU and the idea that the euro single currency is irreversible.

According to Wolfango Piccoli, co-president of the Teneo consultancy, Draghi will need “delicate negotiations to persuade his political backers” to implement his agenda.

Parties have “traditionally pursued policies radically opposed (to Draghi's ideas) on multiple fronts, including the role of the state in the economy, corporate interventionism and taxation”, he said.

So, his “first 100 days in office should provide a good sense of what is achievable or not, especially concerning reforms that have been sidelined for decades”, Piccoli concluded.