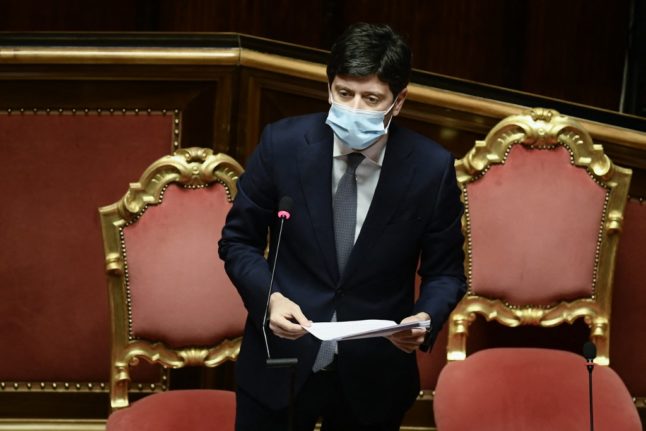 Ministers are currently evaluating measures to be included in the forthcoming decree – the first to be released under the new government led by Mario Draghi.

READ ALSO: How will Italy's coronavirus strategy change under the new government?

Speaking in the Senate on Wednesday afternoon, the country's health minister Roberto Speranza said current rules could not be eased due to a rising infection rate, and that local red zones would be “indispensible” in stemming the spread of new variants.

He said the next decree would be in force from March 5th until April 6th.

The decision to keep current measures in place came despite increasing pressure on the government to reopen cinemas, theatres, gyms, swimming pools and restaurants.

Speranza did not give any further details of the contents of the next emergency decree, and did not confirm whether it may also include additional restrictions.

He said the key RT transmission rate was close to passing the crucial 1 threshold, meaning “great prudence is still needed”.

“In this last mile we absolutely cannot let our guard down. At the moment there are not the epidemiological conditions to relax the measures.”

He said there was “light at the end of the tunnel” thanks to the vaccine rollout, despite delays.

The country's vaccination campaign has struggled, parttly due to Europe-wide supply problems. Only some 1.3 million people have been fully vaccinated so far.
READ ALSO: Where to register for a Covid-19 vaccine in your region of Italy 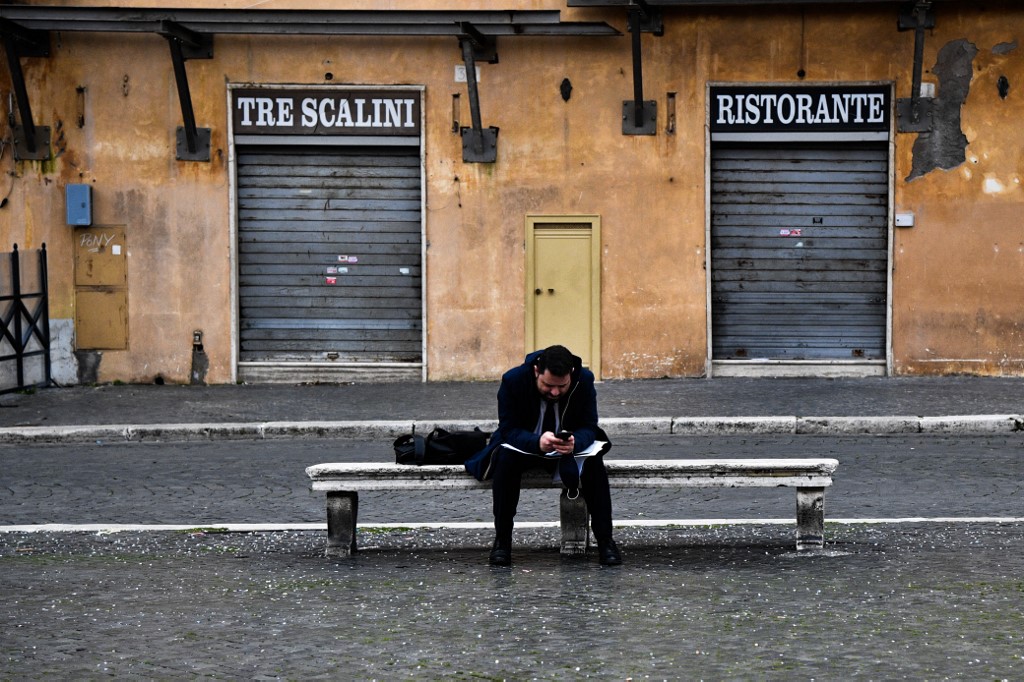 Restaurants and bars remain closed in many regions of Italy under its current tiered system of restrictions. Photo: AFP

Italy's decision not to relax the rules was in line with policies in neighbouring countries, Speranza said.

“The main European nations have chosen a common line of maximum rigour,” he said. “Along the same line, we've already extended the ban on travel between regions.”

“It would be a serious mistake if we faced the last phase of the fight against the pandemic in any other way,”

The emergency decree is scheduled to be revised as the country sees an upturn in the infection rate, which has been partly attributed to the circulation of new variants.

The number of new cases in Italy overall has now been rising for three weeks in a row, Speranza said.

The latest health data showed the more infectious UK variant accounted for 17.8% of cases in Italy overall, and “will soon be prevalent in our country,” he said.

Recent studies have shown that the variant may account for up to 50 percent of cases in some regions.

“Fortunately it does not compromise the effectiveness of vaccines, while the other two variants, South African and Brazilian, could do so,” Speranza said.

“It is still possible to contain their spread, as long as very rigorous measures are adopted and quickly enforced,” he added, referring to localised lockdowns.
While further studies are carried out on the variants, he said “targeted measures are needed, with enhanced red or orange zones” to keep infection rates under control.

At the moment, hard-hit Italian towns and provinces are declaring their own additional rules in addition to the regional zone classifications determined by the national government, creatng a complex web of changing restrictions.

“The need for 25 local red zones was reported by five regions,” Speranza said. “Some were decided due to the outbreaks of cases caused by the English variant, others to the presence of the Brazilian or South African variant”.

“These restrictive measures are indispensable,” he said.

“We are aware that they involve sacrifices, but there is no other way at the moment to avoid a worsening of the epidemiological picture”.

Find all of The Local's latest updates on the coronavirus situation in Italy here.