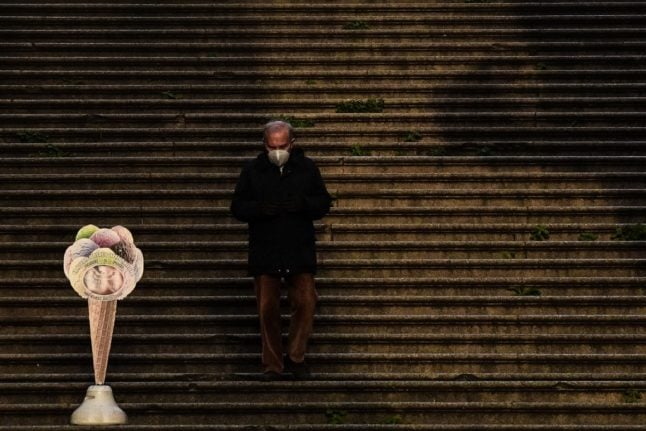 The updated set of rules covers the Easter period, as it will be in force by March 6th until April 6th, health minister Roberto Speranza confirmed at a press conference on Tuesday evening.

Many restrictions remain in place, including the ban on non-essential travel between all regions and the nationwide 10pm-5am curfew.

Here are the main points to be aware of:

Tiered system to stay in place

Many had wondered whether stricter measures were on the way, after several prominent medical experts said last week that a nationwide lockdown is “urgently” needed.

“We believe that differentiating between areas is the right way, because it allows us to give the most suitable answer to each part” of the country, Speranza said.

The regional classifications will continue to be revised based on weekly monitoring reports from the Health Ministry and Higher Health Institute (ISS), with updates announced each Friday or Saturday now coming into force from Monday.

On top of the under the Italian system of  regional zone classifications, Italy’s rules are getting increasingly complex as dozens of towns and provinces declare local red zones, dark orange zones, or other enhanced restrictions.

This is set to continue in March.

Health minister Speranza said that local restrictions in areas where spikes in infections are detected remian “indispensable” in stemming the spread of new variants.

“Some (additional restrictions) were decided due to the outbreaks of cases caused by the English variant, others to the presence of the Brazilian or South African variant,” Speranza said.

“We are aware that they involve sacrifices, but there is no other way at the moment to avoid a worsening of the epidemiological picture”.

Oneof the main changes under the new decree is that all schools must close in red zones due to concerns about the spread of new coronavirus variants.

Until now, only secondary schools in red zones were closed.

“The British variant has a particular ability to affect younger groups,” Speranza said.

“This has led us to determine that in red zones all schools will move to distance learning, as well as in areas where the virus rate is equal to or greater than 250 per 100 thousand inhabitants” per seven days.

New data from the national ISS health institute revealed that 54 percent of coronavirus cases in Italy were now of the so-called British variant, which is considered more contagious.

Hairdressers to close in red zones

The new decree also includes a requirement for hairdressers and barbers to close in red zones.

At the moment,  these businesses have been able to stay open even in the highest-risk areas.

Reopenings for theatres, cinemas and museums in yellow zones

These are limited to ‘yellow’ zones only.

The new decree allows the reopening of cinemas and theatres by March 27th, after the government’s scientific advisory panel, the CTS, gave the plan the green light last week.

The government has also extended the opening of museums and archaeological sites to weekends. For now, they can open on weekdays in yellow zones only.

The CTS has stressed that the reopenings depend on the contagion curve, and require restrictions including the mandatory use of masks, distancing, temperature checks and increased sanitation.

The CTS has said it does not consider it appropriate to relax the restrictions given the increasing infection rate.

Individual outdoor physical activity such as walking, cycling and running is allowed.

What about bars and restaurants?

Though some politicians have been pushing for restaurants to be allowed to reopen for table service in the evening in yellow zones, citing the financial loss to businesses, this looks unlikely to happen under the March decree.

Restaurants and bars are currently only allowed to open for table service in yellow zones, and must close at 6pm. This remains unchanged.

Takeaway and home delivery are allowed, including in the orange and red zones.

No international or domestic travel restrictions were relaxed under the new decree.

The current ban on travel between all Italian regions, except for work, health or other urgent reasons, stays in place.

However, a ‘Covid-tested’ flight scheme allowing air passengers to skip quarantine is to be extended to more destinations, the government said.

Will the vaccination programme speed up?

Draghi has said he intends to make speeding up Italy’s vaccination roll-out a priority, and his office on Monday released some details of a plan to accelerate the programme between March and June. This plan is not covered by the emergency decree however.

The country’s vaccination campaign has struggled, partly due to Europe-wide supply problems. Only some 1.4 million people have been fully vaccinated so far.

Find all of The Local’s latest updates o the coronavirus situation in Italy here.

Italy has far fewer recorded cases of monkeypox than some of its European neighbours, with seven infections confirmed as of Thursday morning.

That puts it significantly behind Spain and the UK, whose health ministries on Wednesday 59 and 78 cases respectively.

But with the virus spreading across Europe, Italy’s government has started taking precautions, outlining its plans for containment and the treatment of patients in a circular published on Wednesday evening.

The proposals feature a combination of contact tracing, post-exposure vaccinations for health professionals, and antivirals for immunosuppressed people and those with severe symptoms.

Those who come into contact with an infected person will be monitored for symptoms for 21 days from the moment of exposure, during which period they are advised to avoid any contact with pregnant women, children under the age of 12, and immunosuppressed people, the document says.

The circular says that contact tracing will enable the “rapid identification of new cases, to interrupt the transmission of the virus and to contain the epidemic”, as well as allowing for “early identification and management of any contacts at a higher risk of developing a serious disease”.

Healthcare workers and laboratory staff who are considered at high risk may be offered a vaccine “ideally within four days of exposure”, following a “careful evaluation of the risks and benefits”.

The document makes a brief reference to the possibility of quarantine requirements, saying only that self-isolation could be required “in specific environmental and epidemiological contexts, on the basis of the assessments of health authorities”.

Monkeypox, il vaiolo delle scimmie in Italian, is a rare viral infection that’s endemic to West and Central Africa, and unlike human smallpox, it hasn’t been eradicated.

Monkeypox is not as contagious as Covid-19 and as of yet there have been no deaths associated with this outbreak, but the virus, a milder version of the eradicated human smallpox, isn’t fully understood yet. It has a fatality ratio of 3 to 6 percent according to the World Health Organisation.

As of Tuesday, the organisation had recorded 131 confirmed cases and 106 suspected cases since the outbreak was first reported on May 7th.

Within one to three days, the patient develops a rash with blisters, often beginning on the face then spreading to other parts of the body.

Monkeypox typically has an incubation period of six to 16 days, but it can be as long as 21 days. Once lesions have scabbed over and fallen off, the person with the virus is no longer infectious.

Although most monkeypox cases aren’t serious, up to one in ten people who contract the disease in Africa die from it, with most deaths occurring in younger age groups.