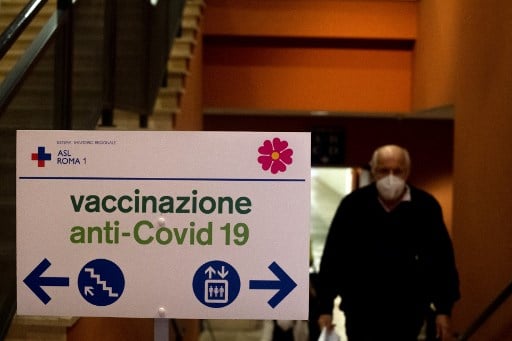 The changes in leadership are part of the government’s plan to overhaul the national Covid-19 vaccination programme, with Draghi repeatedly saying that picking up speed is a priority since he took office in mid-February.

The vaccine rollout must involve the army, civil protection and volunteer services, Draghi said in an address to the Senate, adding that “we have a duty to make (vaccines) possible in every available public and private space”.

As of Tuesday March 2nd, Italy has administered 4.3 million shots in total since the vaccination programme began just over two months ago.

Only around 1.4 million people have had both doses, amounting to 2.3 percent of the population, according to the latest official data.

Palazzo Chigi, the prime minister’s office, released details of the acceleration plan on Monday, saying the aim is to have a total of 56 million doses administered by June.

As two shots are needed for each patient to reach immunity, this would cover under half of Italy’s population of 60.3 million.

Currently, around 108,000 doses are being administered daily.  At this rate, Italy would not meet its stated target of vaccinating most of the adult population until December 2021, instead of September as hoped.

The government said the aim is to have 200 thousand doses administered per day in March, for a total of 6.2 million doses this month, Italian media reports.

To facilitate this acceleration, the government reportedly plans to increase the number of vaccination sites in Italy to 2,000. These are expected to be operational by April.

The previous government in January announced plans to build 1,500 ‘pop-up’ vaccination kiosks in towns and cities across the country, though stressed that most of those would not be opened until vaccines are rolled out to the general public.

At the moment the jab is only available to priority groups, and those eligible need to register with their local health authority.

Italy began its programme by offering the vaccine to healthcare workers, over-80s and care home residents.

After the programme stalled in early February due to hold-ups in the supply chain, Italy expanded the program by offering jabs to millions more people, including essential workers, the clinically vulnerable and over-55s.

Most regions of Italy began expanding vaccinations to over-80s from February or March, while at the same time offering the first doses of the AstraZeneca jab to younger, healthier key workers.

As of early February, three vaccines are available in Italy: Pfizer-BioNTech, Moderna and AstraZeneca.

Italy has recently updated its guidance on the AstraZeneca vaccine, confirming it is safe for those aged under 65.

The Health Ministry therefore now advises using the Pfizer-BioNTech and Moderna vaccines on people over 80 or with severe medical conditions, while offering AstraZeneca jabs sooner than expected to under-55s working in key sectors like schools or the police service.

Vaccination programmes vary by regional health authority. You can find more information about signing up for the jab here.

Gemmato, a trained pharmacist and member of Prime Minister Giorgia Meloni’s far-right Brothers of Italy party, made the remark during an appearance on the political talkshow ReStart on Rai 2 on Monday evening.