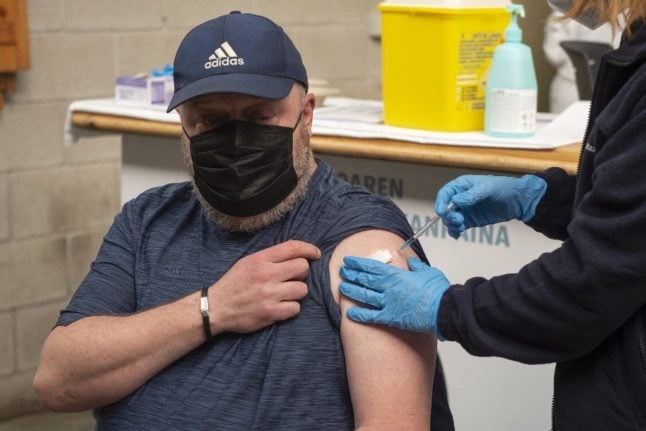 Rome’s request to block the dispatch of the 250,000 doses was accepted by the European Commission on Thursday, in the first such use of an export ban under an EU vaccine monitoring scheme.

The move came amid an ongoing row between the EC and the pharmaceutical giant over a supply shortfall.

The EC has fiercely criticised the Anglo-Swedish company this year for supplying just a fraction of the vaccine doses it had promised to deliver to the bloc.

Italy said the export ban was necessary due to a shortage of vaccines in Europe, where infections are currently rising again, and the lack of urgent need in relatively virus-free Australia.

Though the ban sparked accusations of “vaccine nationalism”, Australia’s prime minister on Friday pointed to the “large amount of vaccines” that have already left the European Union.

He insisted Italy’s request was understandable and would not affect Australia’s vaccine programme.

“This particular shipment was not one we’d counted on for the rollout, and so we will continue unabated,” PM Scott Morrison said.

Morrison expressed sympathy: “In Italy, people are dying at the rate of 300 a day. And so I can certainly understand the high level of anxiety that would exist in Italy and in many countries across Europe.”

“They are in an unbridled crisis situation. That is not the situation in Australia,” he added.

The doses came from a plant in Italy operated by AstraZeneca to produce some of its vaccine, one of three authorised for use in the EU alongside the BioNTech/Pfizer and Moderna versions.

Under the commission’s “transparency and authorisation mechanism” EU member states vet planned exports out of the bloc of authorised Covid-19 vaccines.

The scheme started on January 30th and is to run until at least the end of March. That period corresponds to the sharp shortfall in the first three months of this year of deliveries the EU had been counting on to kickstart its vaccine roll-out.

AstraZeneca has pledged “best reasonable efforts” to deliver around 100 million doses in that time, but is now on track to supply just 40 percent of that.

The Italian government’s decision, agreed with Brussels, is unprecedented in Europe.

Now the seized lot will be redistributed within the EU. The move is allowed under the Export Control Mechanism, launched by the European Commission. But it is the first time it has been activated by a member state.

The Export Mechanism was introduced precisely to prevent doses of vaccines under contract destined for EU countries from being resold to other nations and exported outside the continent. During a phone call with Ursula von der Leyen, Italian Prime Minister, Mario Draghi, had reiterated on Thursday that it was necessary to put “asphyxiating” pressure on Big Pharma to force them to respect the agreed deliveries. If necessary, by blocking the export of those who do not observe the contractual terms.

The country has vaccinated 4.6 million people so far, with 1.5 million receiving both doses.