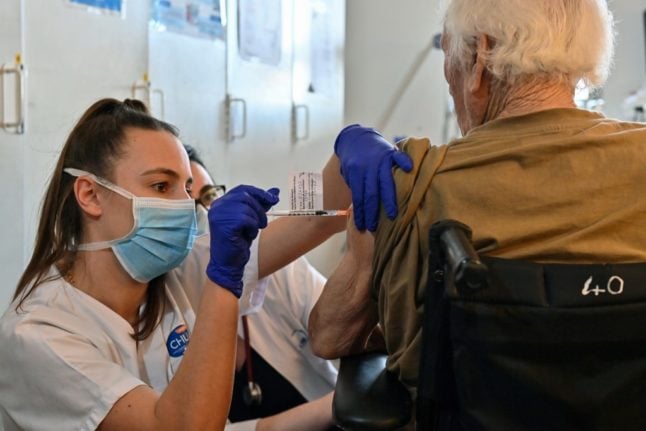 Some 532,000 new doses are expected to arrive in Italy as part of a wider European rollout containing an extra four million BioNTech/Pfizer vaccine doses over the next two weeks.

“The vaccination campaign is the key to getting out of this pandemic,” health minister Roberto Speranza said on Wednesday, according to Italian media reports.

“We have chosen to start by protecting our healthcare staff, key workers and elderly people over 80, who are the most affected by the disease. Priority is given to people with serious disabilities and critical illnesses,” added Speranza.

Italy’s Minister for Disabilities, Erika Stefani, emphasised that priority groups must include those with severe disabilities, which she said was required by Italian law.

It was not immediately clear how the new plan would alter Italy’s current list of priority groups.

Italy’s share of the four million doses being distributed across the EU is to be deployed over the next two weeks, said European Commission chief Ursula von der Leyen on Wednesday.

She said these extra BioNTech/Pfizer doses will be delivered “before the end of March”.

Deliveries would jump to 100 million doses per month in April, May and June, according to the EC chief. Her goal is to have 70 percent of adults in the EU fully vaccinated by mid-September.

Latest figures show that almost 5.8 million people have received a dose in Italy so far – and almost 1.8 million have been fully vaccinated, receiving their second dose.

The region with the highest amount of administrations is Lombardy with over 884,000 to date, according to data by the Italian government. This is followed by Lazio and Campania.

At the other end of the scale, Valle d’Aosta has distributed the lowest amount of doses, at just under 15,000.

Under the government’s current criteria for priority groups, the top of the list remains the over-80s. Some 1.5 million people in this category have now received a vaccination dose for Covid-19.

The next group to receive the largest amount of vaccinations is not the next age-group down – the 70-79-year-olds – but instead, it’s the 50-59 age bracket.

This is likely due to the fact that category 1, the highest priority after the over-80s, is for people at very high risk of becoming ill with Covid, aged 16 and up. Therefore, any person above 16 can fall into this high priority group if they have conditions such as respiratory illnesses, for example.