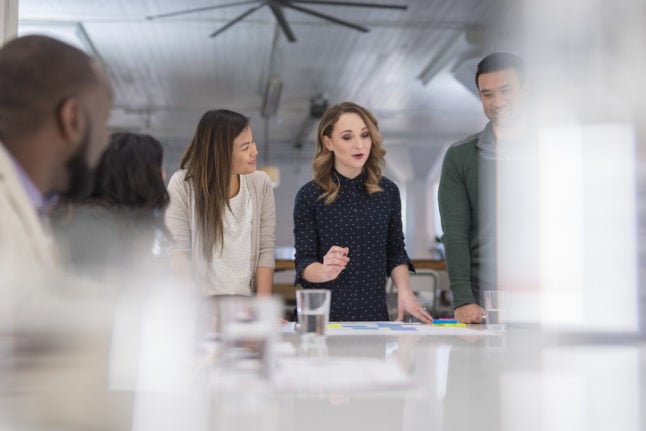 Together with Swiss School of Business and Management Geneva (SSBM), we discuss how busy professionals can achieve an MBA qualification online and at their own pace now and as we emerge from the pandemic.

In the years to come, artificial intelligence, distributed computing and green technology will play a significantly larger role in how we do business and work together. Resilience against global threats such as pandemic, drought and conflict will become a main priority, with multiple redundancies built into every system. Nonetheless, what is certain is that there are no more true certainties.

Want to place yourself in the best possible position for a post-pandemic world? A Masters in Business Administration is one of the very best ways you can not only upskill, but show yourself to be a valuable asset to prospective employers. There are many MBAs on offer throughout Europe, but few come close to the comprehensive education by the Flex MBA from SSBM – created in consultation with over 20 business and industry partners.

Students in the SSBM Flex MBA cover three main areas of leading disruptive innovation, global leadership and managing technology and people. From there, students can make specializations in a diverse number of fields, from robotics to human resource management.

Teaching at SSBM is delivered in English by experts across a variety of disciplines, with strong links to some of the world’s foremost business players. Student satisfaction is high, with student testimonials frequently citing the professional knowledge of professors, and their availability to students. A number of scholarship opportunities are also available to applicants.

Find out what the SSBM Flex MBA program teaches you at your own pace, today.

A flexible way to learn

Perhaps the most unique aspect of SSBM’s Flex MBA program is in the name – the flexibility with which students can complete their studies.

Students can start at any time, from anywhere, and take studies at their own pace. That means that if you’re working, or have a shifting schedule, you can study around those obligations over the course of a year, without the pressures of having to catch up with classmates. Studies are divided into courses and seminars that can be accessed online and reviewed at times that suit the learner.

A highlight of the course is a week spent in Geneva at the SSBM campus, where students will attend seminars and classes that deliver outstanding learning experiences in beautiful, cutting-edge surroundings. Students can also experience the delights that the famed city of Geneva has to offer.

The world is changing, and the way we learn is changing. SSBM understands this, and this is why they have developed the Flex MBA program so that innovators and entrepreneurs around the world can be ready for when things start moving again.

Ready to learn world-leading skills and prepare for a new world of business and entrepreneurship? Learn more about the SSBM Flex MBA today, ahead of their June and September intakes! 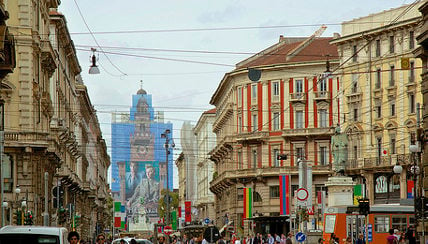 The sapphire vanished after going on display at the Four Seasons hotel in Milan. Photo: Terry Kearney

The large glimmering blue sapphire pictured in the prospective from the Phillips auction house was, he was convinced, a gem his company once owned before it was audaciously snatched from a Milan hotel nearly two decades earlier.

“I looked at the certificate, and I had this feeling. I said to myself: 'That's it. That's it',” he told AFP in an interview last week.

The story reads like the plot of a mystery novel, with a multitude of twists and turns, a second disappearance and an as yet unresolved ending centred around a New York pawn shop.

It all started in 1996, when the Horovitz & Totah (H&T) jewellers had offered for auction a Cartier bracelet bearing a stunning 65.16-carat unheated Kashmir sapphire with an unusual elongated cushion-cut.

On November 14th that year, days before the anticipated sale in Geneva focused exclusively on Cartier jewels, auction house Antiquorum displayed the pieces at the Four Seasons hotel in Milan.

According to Swiss daily Le Temps, more than 50 people were in the viewing room when the bracelet, the main attraction of the show, vanished.

“It was terrible. It is always a shock when you get robbed,” Totah said.

H&T's insurers dished out the $1.8 million (€1.66 million) – the price they had expected to fetch at the time – and Totah and his colleagues put the uncomfortable incident behind them.

Until November 8th, 2015, when he received an email from Phillips offering a Geneva viewing of a 59.57-carat Kashmir Sapphire ahead of an auction in New York.

Totah did not view the stone, but studied the certificate carefully.

Considering “there are basically no stones with this origin, weight and shape out there…it is “very, very, very probably” the stolen H&T sapphire, he said.

The fact that the gem in the prospectus was a little smaller than the one stolen 19 years earlier did not make Totah less suspicious, since jewel thieves will often file down a stone to alter its weight or shape.

He suggested the sapphire being offered by Phillips had been filed down to just under the 60-carat mark to make it less spectacular and noteworthy.

“The Stolen H&T Sapphire and the Subject Sapphire that Phillips intended to auction are much more likely than not to be one and the same stone, albeit after an apparent re-cutting or re-polishing,” he said in an affidavit.

He pointed out that in his 45-year career, “I have never seen evidence of a faceted Kashmir sapphire approaching or exceeding 60 carats in weight,” besides those “two” stones.

Soon after receiving the viewing invitation, Totah contacted Phillips to voice his suspicions, and also put in a call to his insurers, who had become the rightful owners of the stolen gem.

But when the insurers contacted Phillips, they learned that the auction house had withdrawn the sapphire from the sale, and sent it back to its alleged, undisclosed owner in New York.

Worried the stone had vanished again, the insurers hired New York lawyer Owen Carragher to help track it down.

According to court filings, he determined that a company named Auction House 43, based in New York's diamond district, had presented the sapphire to Phillips for auction.

The firm is owned by a Boris Aronov, who also owns a number of other companies, including Modern Pawn Broker, listed at the same address.

Court filings indicate that the pawn broker received the sapphire and other jewels from a man named Rafael Koblence in 2011 as collateral for a $3.75-million (€3.45 million) loan.

Koblence, who according to Le Temps is in fact a business partner of Aronov, failed to repay the loan, offered at an annual interest rate of 60 percent – or more than $6,000 a day (€5,523).

Modern Pawn foreclosed and said his collateral would be sold at auction, court documents showed.

Carragher obtained a court order on December 23rd calling for Modern Pawn to turn over the sapphire for examination and blocking “the defendants from transferring, selling, altering or in any way disposing of” the stone.

Modern Pawn has until January 29th to oppose that order.

When an AFP reporter recently visited the small, brightly lit shop on a stretch of 47th Street lined with jewellery stores, staff politely declined to answer questions due to the ongoing lawsuit.