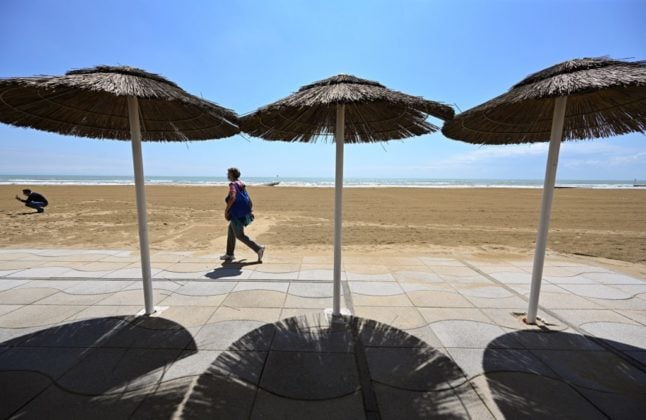 Speaking at a press conference on Thursday evening, Italian Prime Minister Mario Draghi confirmed that no date has been set in stone for the restart of tourism in Italy this summer.

However, he said he hoped that the tourism minister’s suggested date in June would be possible.

“Let’s hope so, maybe even earlier, who knows,” Draghi said, stressing that the summer season has not been “abandoned”.

“June 2nd is a national holiday and that could be the time,” Italy’s Tourism Minister Massimo Garavaglia had told the Omnibus show on Italian TV channel La7 earlier on Thursday.

“There is a very ideological debate on reopening,” he said. “There is no black or white. But it would be wrong to give only negative signals, because the economy also runs on expectations.” Garavaglia said.

He stressed that advance planning was needed for reopening the Italian tourism sector – among those hardest hit by coronavirus lockdown measures.

“There are businesses that can be opened overnight such as barber shops,” he said. “Others can’t, like the big hotels. We have to monitor the health data and, on that basis, open as soon as possible.”

Regional Affairs Minister Mariastella Gelmini meanwhile told a wedding industry conference on Thursday that Italy’s restrictions will be eased in a “major way” during May, adding that some limitations “may be dropped” as early as April 20th.

The suggested timeline for reopening, which has not been officially confirmed, appears similar to that followed in 2020 when businesses gradually reopened throughout April and May following a strict lockdown lasting almost three months.

Last year’s reopening of tourism was possible, ministers said, as Italy recorded a drastic reduction in the number of coronavirus transmissions.

However, international travel and some tourism-related businesses, such as nightclubs, were later blamed for part of the resurgence of the virus in late summer.

Garavaglia insisted that this year would be different.

“Last year we did not know what we were up against,” he told La7. “This time we have past experience and a vaccination plan that is making progress.”

“We are working sector by sector to give specific dates ”.

Garavaglia did not state whether tourism from non-European countries might be allowed this year, and he did not indicate whether or not Italy plans to join the European “health passport” scheme.

The ministers’ statements came after business owners and workers affected by the ongoing restrictions have staged a series of protests across many Italian cities earlier this week, including one demonstration outside the parliament building in Rome on Tuesday that descended into violence.

Non-essential travel into Italy remains heavily restricted for most non-EU countries, and testing and/or quarantine is a requirement for all arrivals.

The whole of Italy remains under tightened restrictions until at least the end of April, with all non-essential travel between towns and regions forbidden and a nightly curfew in place.

Museums, galleries, theatres and concert halls are all closed, and bars and restaurants cannot serve customers on the premises.

And in the nine regions of Italy that are currently designated ‘red’ zones under maximum restrictions, most shops are closed and you’re not even supposed to leave home except for essentials.

Italy’s Ministry of Foreign Affairs continues to advise residents to avoid travelling abroad if possible, warning that new restrictions may be introduced at short notice in response to rising cases or new variants.

For now, Italy’s vaccination rate remains slower than expected, while the country continues to report a higher death toll than neighbouring European countries.

Find more information about travel to or from Italy on the Health Ministry’s website (in English).