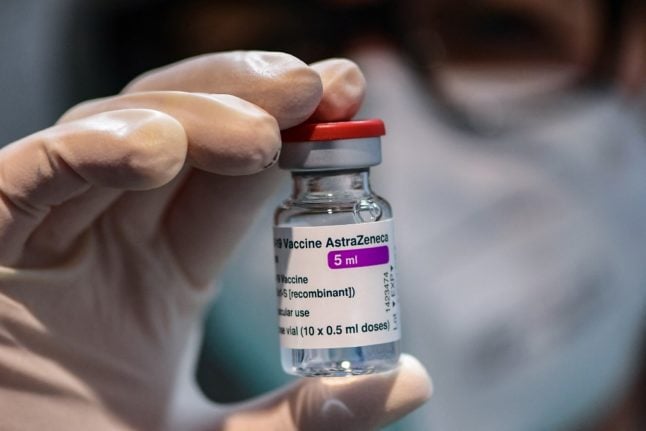 Italy’s decision to recommend the vaccine for over-60s only, announced on Wednesday night, came after the EU’s medicines regulator said that blood clots should be listed as a rare side effect of the jab – though the watchdog says the vaccine can continue to be used for all age groups.

“The reported combination of blood clots and low blood platelets is very rare, and the overall benefits of the vaccine in preventing Covid-19 outweigh the risks of side effects,” said the European Medicines Agency after an in-depth review by its safety committee.

But several countries, including Germany and Spain, have decided to limit its use to people over 60, while France is only using it on people aged 55-75. Meanwhile the UK, which has given the AstraZeneca shot to more people than any other country, is now offering adults under 30 the choice of a different vaccine.

What has Italy decided?

Italy has not banned the use of the AstraZeneca vaccine, also known as Vaxzevria, in younger adults.

In a circular issued after the EMA’s announcement on Wednesday, the Italian Health Ministry reiterated that the vaccine was approved for use in everyone over 18, but recommended “preferential use in people over the age of 60”.

That suggests that from now on, people under 60 who are getting their first jab will be offered either the Pfizer or Moderna vaccines, or the Johnson & Johnson version when it arrives in Italy later this month.

What’s the decision based on?

The recommendation is based on the low risk of unusual blood clots in older adults compared to the higher risk of dying from Covid-19, according to the Health Ministry.

In other words the evidence we have so far suggests that the danger of developing potentially fatal clots, as a small number of people have done after receiving the AstraZeneca jab, is less than the danger of becoming seriously ill with Covid-19 if you’re an older adult, one of the categories most likely to die from the disease.

“On the basis of the current incidence estimates which indicate that [blood clots] are extremely rare, the risk/benefit balance of the Vaxzevria vaccine is confirmed to be overall positive, in that the vaccine is certainly effective in reducing the risk of severe illness, hospitalization and death connected to Covid-19,” the government’s expert advisory panel, the Comitato Tecnico Scientifico or CTS, wrote in a note attached to the Health Ministry’s circular.

“Currently this balance appears to be progressively more favourable as age increases, both considering the higher risk of developing severe Covid-19 and because of the absence of reports of increased risk of the thrombotic events described above in vaccinated patients over the age of 60.”

In fact, not only has a higher incidence of blood clots not been reported in over-60s, the CTS said, the incidence among vaccinated people in this age group is actually lower than would normally be expected.

Does that mean the vaccine is riskier for under-60s?

Most of the cases of blood clots that we know about so far, which number around 100 among millions of doses delivered, occurred in women under 60 years of age. But both the European Medicines Agency and Italy’s CTS stress that we do not yet know whether age or gender affect your chances of developing clots.

“With the data currently available it is not possible to make recommendations about the identification of specific risk factors,” the CTS says.

There may be other reasons why more cases have been reported in women under 60, for example the fact that they make up a large number of healthcare workers and therefore more of them have been vaccinated than other groups.

At the same time, there have been fewer deaths from Covid-19 among younger adults, so they are considered to be at lower risk from the illness.

That means that the risk/benefit calculation is different: on the one hand, the benefits of being protected from Covid-19 which is less likely to kill younger people anyway, and on the other the risk of blood clots, which look to be extremely rare across all age groups but have so far been observed mainly in people under 60.

Researchers are continuing to study possible side effects of the AstraZeneca vaccine, and only as more data becomes available will it become possible to determine what causes this type of blood clot and which groups, if any, are at increased risk.

What about under-60s in Italy who have already had one dose of AstraZeneca?

Everyone who has had the first dose of AstraZeneca can get a second shot of the same vaccine, the Italian Health Ministry says, including people who are under 60.

Many younger adults are likely to find themselves in this position in Italy, after the country’s medicines agency initially recommended the vaccine only for use on people under 55 on the grounds that its use on older adults hadn’t been studied extensively. That decision led to the vaccine being given widely to teachers, police and other key workers, hundreds of thousands of whom are now awaiting their second shot.

Given the lack of data about whether different vaccines work when they’re combined, the Italian Medicines Agency recommends that people should get two doses of the same vaccine.

According to the EMA, most of the cases of blood clots reported so far occurred within two weeks of receiving the first shot. We know less about side effects after a second dose since fewer people have had both.