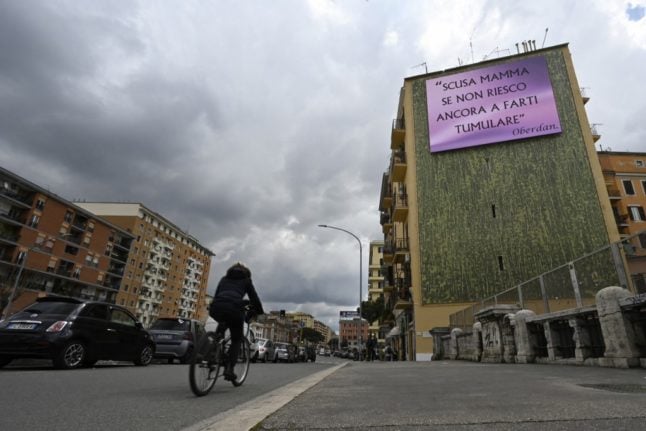 One of the bullboards i central Rome aimed at highlighting the burial crisis. Photo: ALBERTO PIZZOLI/AFP

“Mum, I’m sorry I’ve not been able to have you buried yet,” reads the message, on nine-by-seven-metre billboards around the city which, like the rest of Italy, is still battling the coronavirus pandemic.

Oberdan Zuccaroli put them up both as a tribute to his late mother and to draw attention to the burial crisis, which he says is “affecting lots of people”.

READ ALSO: More people died in Italy in 2020 than in any year since World War II

“I don’t know why, but they stay there for months.”

Zuccaroli, who runs a billboards firm and plans to put up another 250 posters, said his mother died on March 8th, aged 85, of a heart attack.

But she has yet to be buried, and the same applies to his aunt, who died on January 9th of another non-virus related condition.

AMA, the city hall agency that manages cemeteries in the Italian capital, issued a statement Monday insisting the situation was under control and that efforts were continuing to free up burial spaces.

It had been confronted with a 30-percent increase in deaths, year-on-year, during the October 2020-March 2021 period, it said.

Deaths have surged all over Italy due to the pandemic. According to official statistics, the coronavirus has killed more than 115,500 people.

In the early stages of the crisis, the northern city of Bergamo had to call in the army for help when it could no longer bury or cremate its dead.

Pictures of the lines of coffin-laden military trucks taking coffins from Bergamo to other towns became one of the symbols of the pandemic in Italy and beyond.

DISCOVER ITALY
TRAVEL: Nine tips for making the most of a Rome city break 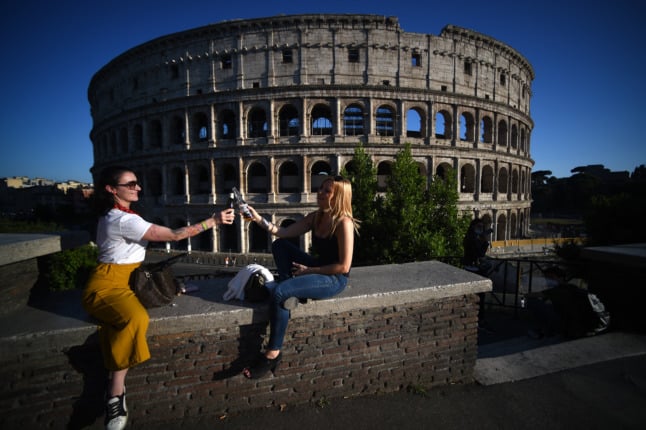 LIVING IN ITALY
Six things foreigners should expect if they live in Rome
Url copied to clipboard!