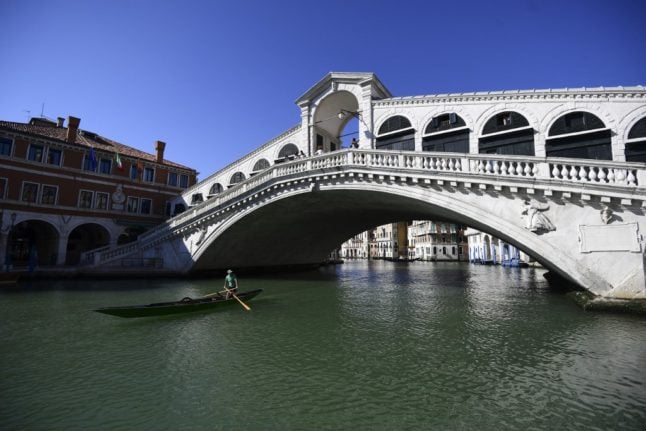 The loss equates to a 51 percent decrease in tourism’s contribution to Italy’s gross domestic product (GDP).

Only 25.5 million foreign visitors spent at least one night in Italy last year, in comparison to 65 million in 2019 – a fall of more than 60 percent.

The lucrative sector accounted for up to 14 percent of Italy’s GDP before the pandemic hit.

The latest statistics released by the WTTC in the annual Economic Impact Report (EIR), suggest that a total of 337,000 people working in the travel and tourism industries in Italy have been left unemployed.

Nearly 100,000 companies in Italy’s tourism sector are at risk of bankruptcy due to the travel restrictions in place, according to research institute Demoskopika.

Gloria Guevara, President & CEO of the WTTC told SchengenVisaInfo.com: “The situation could have been far worse if it were not for the government’s Cassa Integrazione Ordinaria scheme, which supported up to 80 percent of a worker’s salary and kept many people in their jobs whilst the Travel & Tourism sector continued to suffer”.

The report also showed that domestic visitor spending had decreased by 49.6 percent, due to travel restrictions within the country, while international spending was down by 62 percent.

“Another year of terrible losses can be avoided if the government supports the swift resumption of international travel, which will be vital to powering the turnaround of the Italian economy,” Guevara added.

Based on the data, Guevara expects that the travel and tourism industry could recover this year, saying its contribution to GDP could increase by 48.5 percent if international travel resumes by June 2021.

READ ALSO: Is Italy’s crisis-hit economy set to improve in the coming months?

While Italy’s government on Friday set out a roadmap for some business reopenings, it has not yet given a firm date for restarting holiday travel in summer.

Under current restrictions, people living in Italy are currently prohibited from travelling between regions or towns for non-essential reasons, making even domestic tourism impossible.

Also on Friday, Italy’s state-run railway began operating the first “Covid-free” high-speed train service, which is among a string of initiatives aimed at allowing tourism to restart this summer.

Italy’s holiday islands are pushing for all residents to be vaccinated as a priority, Italian media reported on Monday.

While some travel restrictions still apply, US passengers are allowed to avoid spending 14 days in isolation if they travel on special flights from New York or Atlanta to Rome.

The EU’s Digital Green Certificates, due to be released in June, could help this to become a reality however Italy has not yet confirmed it will be taking part in the scheme.

The proposed Digital Green Certificates will have information on whether a traveller has been vaccinated or not, if they have received a negative test result, or if they have recovered from Covid-19, allowing them to travel throughout the bloc more easily, the European Commission website states.