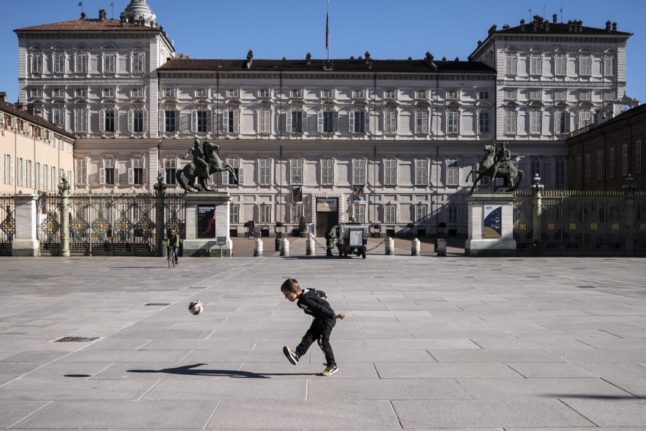 Prime Minister Mario Draghi has described the recovery plan as “an ambitious reform project” in his foreword to the hefty document that exceeds 300 pages, according to newspaper La Repubblica.

Included in the strategy to help lift Italy out of the Covid-19 economic slump are “four important contextual reforms – public administration, justice, simplification of legislation and promotion of competition”, wrote Draghi.

He stated there are “problems that risk condemning Italy to a future of low growth from which it will be increasingly difficult to exit”.

The aim of the ‘Piano Nazionale di Ripresa e Resilienza‘ (Recovery and Resilience Plan) is to build a more solid economy following the Covid-19 crisis – and encourage growth after Italy fell into fiscal fatigue, seeing its biggest shrinkage in its GDP since the end of World War II.

The plans form part of a wider EU Recovery Fund joint borrowing scheme, distributed among the 27 member states and amounting to a total of €750 billion.

Italy has the biggest chunk out of any member state at more than 200 billion euros, which will gradually be released over six years.

Here’s how the Italian authorities plan to spend their share.

READ ALSO: The building bonuses you could claim in Italy in 2021

The building super bonus, which provides considerable amounts of state aid to renovate old and energy-inefficient housing in Italy is pegged to get a wedge of the recovery fund.

The deadline for accessing this pot, which was first introduced in the ‘Decreto Rilancio‘ (Relauch Decree), has been extended from 2021 to 2023. That means there’s more chance to claim the costs for renovating property.

“In order to cope with the long depreciation times of building renovations, to stimulate the construction sector – which has been in serious crisis for years – and to achieve the challenging goals of energy savings and emission reductions to 2030, we intend to extend the 110% super bonus measure recently introduced,” Draghi stated.

While this may come as a relief to those stalling in their renovation plans, this pushed back deadline only applies to social housing for now.

To make the scheme available to all the other types of property covered by the super bonus beyond 2021, it’s claimed that another €10 billion are needed.

Creating a more sustainable future for the country is also on the agenda.

The Italian authorities aim to pump money into energy efficiency, protection of land and water resources and the promotion of green enterprises.

“The government intends to update and refine national strategies in the areas of development and sustainable mobility, environment and climate, hydrogen, the automotive and the health sector. Italy must combine imagination and creativity with planning capacity and decisiveness,” claimed Draghi.

“The government wants to win this challenge and deliver a more modern country to the next generations, within a stronger and more supportive Europe,” he added.

READ ALSO: ‘We’re not Denmark’: Is Rome ready for a cycling ‘revolution’?

Italy also wants to assign part of the funds to improving the country’s educational sector.

€31.9 billion are allocated to education and research, making this area amount to almost a fifth of the whole budget.

According to the document, these resources are aimed at “strengthening the education system, digital and STEM skills, research and technology transfer”.

Over 10 billion euros are assigned to improve and expand education and training services – while some €7.6 billion will be spent on improving and upgrading school buildings.

The plan aims to spark a digital revolution in education, as institutions should become “modern, wired and innovation-oriented thanks to newly designed classrooms”.

Extra cash is set aside for teacher training and recruitment, which forms part of a wider mission to “increase the supply of services”. The government hopes to tackle school dropout with the construction and renovation of “about 900 buildings to be used as gyms or sports facilities”.

As for children’s services, funds are granted to provide an extra 228,000 pre-school places.

READ ALSO: Italy loses almost one million jobs in a year to the coronavirus crisis

Transport is also due to get a share with investment in high-speed trains and makeovers for railway stations.

The objective is to halve the time to approve projects and cut travel hours from North to South but also from East to West of Italy.

In the next 5 years, the government wants to create “a more modern, digital and sustainable infrastructure system”.

Included in the plans are ideas to push Italy forward in the digital sector.

Authorities aim to create a new single platform of digital notifications to communicate effectively with citizens and businesses.

The goal is to reach “over 40 million Italians with existing platforms for identification”. This includes using the electronic ID card, ‘carta di identità elettronica’ (CIE) and the government portal SPID.

Some recovery funds will also be used to encourage digital payments between citizens and public administration, in a bid to move away from a cash society and increase better tracing of money.

Finalised plans are due by the end of the month

Each country has been thrashing out how to best spend its cut – and time is ticking for Italy to file its strategy.

The European Commission set a deadline of April 30th for receiving each government’s final version of how they intend to use their share of the recovery pot.

Although Italy is facing economic difficulties, Draghi is confident that the country can pull themselves out of the financial doldrums: “Recent economic history shows that Italy is not necessarily doomed to decline,” he said.