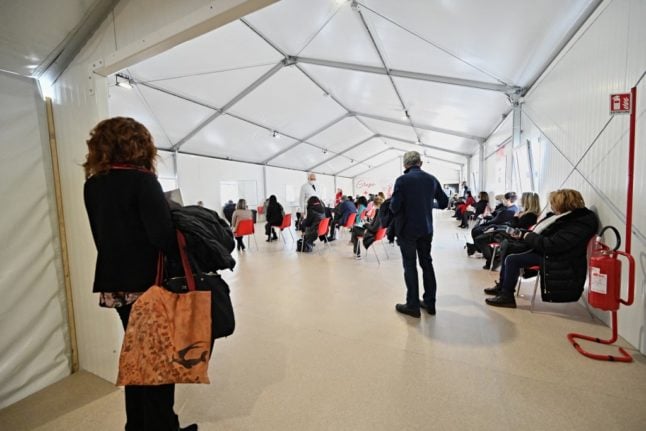 Many of those who were scheduled to get their first Covid jab in Italy this week turned up for appointments to find their vaccination centre had run out of doses, or was closed without explanation.

Several readers in the southern region of Puglia said their appointments for a first jab had been postponed – or their vaccination centre was closed when they arrived on Tuesday and Wednesday.

“I took my sister to Ceglia Messapica in Brindisi for her vaccination, and we arrived to find the place locked up. No one there, and many people outside very upset. A small notice on the locked gates saying ‘no vaccine’,” reader John Priestley said.

Another reader in the Bari province said she had turned up at her vaccination centre to find it open, but with no vaccine doses available.

“The staff member was very apologetic, but they had run out of AstraZeneca, which is what I was to have as I am in the over-60s age group,” she said. “They said I will hear from the ASL (local health authority) about a new appointment.”

People in the southern Italian region of Puglia are turning up for Covid vaccine appointments to find this.

Local newspapers reported that vaccines for the 60-69 age group were on pause in the Puglia region as its stocks of the AstraZeneca vaccine are running low.

“We have very few doses. If we had the doses we would have already finished vaccinating everyone in Puglia,” the region’s governor Michele Emiliano stated on Tuesday.

Similar problems have been reported from north to south, with eight regions now running low on vaccine doses.

Overall, of the 20 million doses distributed within Italy so far, 89% have now been used.

In Emilia Romagna, Liguria, Marche, Molise, Piedmont, Puglia and Veneto, the figure is over 90% on Tuesday, according to analysis by newspaper Il Sole 24 Ore.

In Tuscany the online site to book a an appointment for a vaccine is no longer offering appointments to over 70s and over 80s.

Just 590,000 doses of Pfizer remain in Italy, and the autonomous province of Trento has none left at all.

There are 724,000 AstraZeneca shots – Puglia has the fewest, with around 7,000 doses left in stock in the region on Tuesday.

AstraZeneca has been recommended for use on over-60s only in Italy, as the government this month focused efforts on vaccinating older age groups.

The governor of Piedmont said the region is also “running out” of doses.

Another delay to the country’s vaccine rollout is now likely as appointments for first jabs are being postponed by one or two weeks in many parts of the country.

More deliveries are expected to reach regions from Wednesday. However, Veneto regional governor Luza Zaia complained that the region gets through “a week’s supply in five days”.

The Italian government’s Covid emergency commissioner, General Francesco Figliuolo, stated during his visit to the region of Friuli Venezia Giulia on Tuesday that vaccine doses are now arriving “in sufficient quantities”.

“On April 29th, two million doses will arrive which will be usable between April 30th and May 1st,” he said.

He added that up to 2.7 million more doses would then arrive by early May.

“I just spoke to the president of AstraZeneca who confirmed these numbers, but did not give me delivery dates from May 8th onwards,” he said.

Figliuolo said the country’s vaccination programme will speed up “significantly” with more deliveries in May, after missing its target of having half a million doses administered daily before the end of April.

Italy has given a total of 18.2 million shots so far and has 5.3 million people fully vaccinated, official figures show.

The chart below shows the total number of doses administered, adding up both first and second jabs.