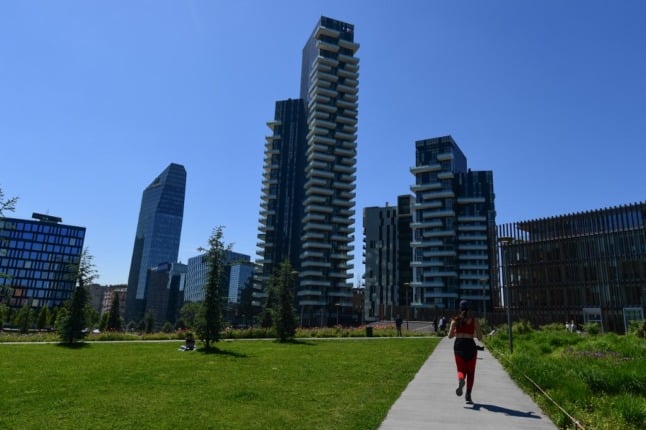 The last remaining region went yellow this week after the latest health data showed that Covid-19 cases and transmission numbers had continued to fall.

Valle D’Aosta, Italy’s smallest region and the only one that was still a medium-risk “orange zone”, joined the rest of the country in the yellow zone from Monday May 24th, marking the first time in months that all of Italy is under the same rules.

Yellow is the second-lowest tier in Italy’s colour-coded system of Covid restrictions, which range from red (highest risk) to white (lowest risk).

It means significantly more freedom, though certain key restrictions remain in place – at least for now.

Here are the rules you need to know about.

Now that the whole country is yellow, it is once again possible to travel between any regions of Italy without restrictions.

Previously, anyone trying to travel to or from orange or red zones had to prove that they had an essential reason, and/or show that they had been vaccinated, tested or had recovered from Covid-19 using Italy’s immunity “green pass”.

These rules apply to travel within Italy. To find out about Italy’s rules on international travel, including who can enter from overseas, click here.

Yellow zones remain subject to a nightly curfew, which applies from 11pm to 5am.

If you are on the streets between these hours, you can be stopped by police and asked to justify your reasons using a “self-declaration form” (find a guide to filling it out here). People without a valid excuse can potentially be fined.

The curfew is being phased out, however, and is due to disappear altogether from next month. It has already been pushed back by one hour and will be extended to midnight from June 7th, before being scrapped from June 21st.

Face masks must still be worn everywhere in public in yellow zones, including outdoors.

Ministers have hinted that the government may relax its rules on masks from July or August.

Pupils throughout primary and middle school are allowed to have 100 percent of their lessons in person, while high schoolers are still following up to 30 percent of classes online.

Universities are also allowed to teach mainly or entirely in person.

Restaurants, bars, cafes, bakeries, ice cream parlours and all other food businesses can reopen in all yellow zones, although with certain precautions in place.

Until June 1st, tables must be outdoors only and closing time is 11pm to coincide with the current curfew.

Find a complete guide to Italy’s rules for restaurants and bars here.

All shops can stay open in yellow zones, not just those selling “essential” items.

In a new relaxation of the rules, shopping centres and markets are also allowed to open on weekends instead of only during the week.

Gyms and outdoor swimming pools are now permitted to reopen, though facilities have to follow safety guidelines including limiting the number of people allowed to exercise at once, requiring face masks in communal areas and asking users to book training in advance.

Indoor pools, sports stadiums and spas remain closed for at least a few more weeks. The government plans to gradually reopen them throughout June and July: find a timetable here.

Art galleries and museums are allowed to reopen. Cinemas, theatres and concert halls can host up to 50 percent of their usual audience indoors, up to a maximum of 500 people inside or 1,000 outdoors.

Games rooms, bingo halls, casinos, and recreational and social centres can reopen from July 1st, but nightclubs, discos and other dance venues have not yet been told when they might be allowed to operate again.

Local authorities can decide to impose stricter rules at short notice. Always check the latest restrictions in your province or town: find out how here.