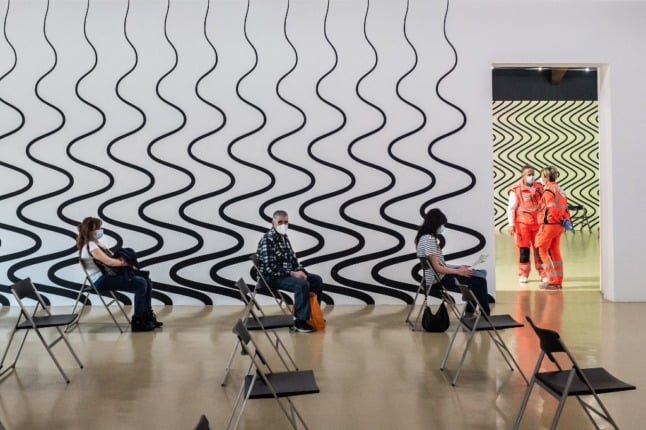 Most Italian health authorities will from Thursday drop the vaccination priority restrictions, which had until now meant the jab was only available to people in older age groups and in higher-risk categories.

Health Minister Roberto Speranza said in a Facebook post on Wednesday that: “From tomorrow everyone will be able to book the anti-Covid vaccine. We can still accelerate our campaign to get through this difficult period”.

READ ALSO: Do you need a health card to get vaccinated in Italy?

Italy’s coronavirus emergency commissioner Francesco Figliuolo had stated last week that bookings could be opened up to all over-16s from June 3rd.

This changed to all over-12s after Italy’s medicines regulator AIFA on Tuesday approved the Pfizer jab for use on 12-15 year olds.

So far, Italy has prioritised vaccinations based on age and vulnerability, giving the jabs first to older age groups and those considered at high risk because of medical conditions.

The country’s health campaign differs from area to area, as local health authorities manage the vaccination rollout. This means that while the government has given regions the go-ahead to allow everyone over 12 to book their jab from Thursday, some parts of the country aren’t yet ready to do so.

Some regional health authorities are still focusing on vaccinating over-40s, while others had already last week opened up the programme to high schoolers about to graduate, or everyone over 18.

READ ALSO: Which Italian regions are offering Covid vaccine appointments to all from Thursday?

Liguria Governor Giovanni Toti, for example, told Rai on Thursday that his region does not have enough Pfizer doses at the moment to start taking bookings for under-16s.

Another 2.5 million vaccine doses are arriving this week in Italy in addition to the 3.5 million already available, Rai reports.

About 370,000 Johnson & Johnson doses are expected to be delivered on Thursday as well as 1.7 million shots of Astrazeneca, followed on Friday by some 400,000 doses of Moderna.

Italy has so far administered more than 35 million vaccine doses – 88.7% of the total delivered, which is almost 40 million, according to the emergency commission.

12.2 million people have been fully vaccinated as of Thursday, or 22.6% of the population.

Some 3.3 million over-60s have still not been vaccinated in Italy, warned the GIMBE evidence-based medicine foundation in a new report on Thursday.

Italy aims to finish vaccinating its oldest residents by the end of June.

The emergency commissioner has urged regional health services not to forget about those in high-risk groups who have not yet had their shots even as they begin offering vaccines to younger people, with local authorities urged to reach out to elderly residents who still haven’t booked a jab.

While data shows that Italy’s health situation is continuing to improve, health experts warn that the pandemic is not over and that a fourth wave may be on the way.

“Since April, all the parameters tell us that the epidemiological situation is constantly improving, but we cannot forget that this is the result of months of sacrifices, closures and red zones,” Fabrizio Pregliasco, virologist at the State University of Milan, told Rai on Thursday.

“With reopening, there is now the possibility of a tail blow from the virus,” he added.

The fourth wave “is the backlash we are waiting for. The virus will remain with us, but with lesser consequences thanks to vaccines”.