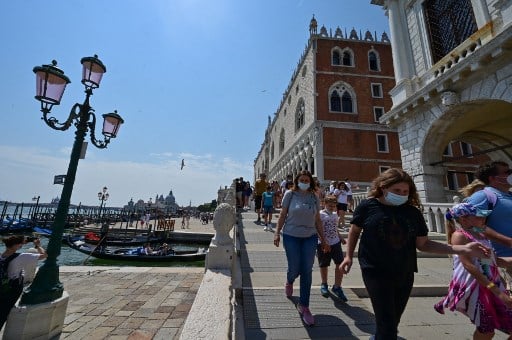 Some half a million vaccine doses are now being administered in Italy every day. But for those getting their first dose now, the second jab appointment is likely to fall in the middle of July or August.

The issue has been a hot topic in Italian media as the country gears up for the long summer holidays, which many people usually spend at summer homes or with family in other regions

Italy’s special coronavirus commissioner General Francesco Figliuolo confirmed on Wednesday that it will be possible for people to get their second dose of AstraZeneca, Pfizer or Moderna vaccines while away from home this summer.

He wrote to the heads of regional governments setting out the rules for the holiday jabs, stating that “where for exceptional reasons it should be necessary to administer the second dose to workers and tourists who are outside their region of residence for a suitable period.”

Amid fears that some tourist-favourite regions will run out of stocks if visitors arrive en masse, he clarified that people can only get their second dose away from their region of residence if they are visiting for a “long period”. They’ll also need to inform the health authorities in advance. A vaccination centre in Sicily – one of the regions where a large number of Italians are expected to spend their summer holidays. Photo: Gianluca CHININEA/AFP

The commissioner appeared to be talking about Italian tourists who would be visiting another part of their own country for the summer, and did not confirm whether foreign visitors would be able to get a second jab while visiting Italy.

This looks unlikely however, given that people are currently only being allowed to book vaccinations in Italy if they have an Italian tax code and, in most regions, are registered with the Italian national health service – a requirement which has meant many of Italy’s foreign residents have been told they can’t get the jab.

The rules must also still be approved by the regions, which are responsible for managing their own healthcare.

Regional Affairs Minister Mariastella Gelmini warned on Thursday that “it won’t be possible to be vaccinated on holiday all over Italy”, as each region’s vaccination campaign varies.

“If there are regions that can do this, in addition to respecting the (national vaccination) plan, then that is welcome”, she told Rai Radio 1.

So far, the neighbouring regions of Piedmont and Liguria in the north-west have already signed a reciprocal deal to cooperate on the issue.

The southern region of Puglia also said on Thursday that it was working on a plan to offer vaccines to the many people who spend each summer in the region, such as the large number of people who have left the region to find work in the north but return to visit their families for the holiday season.

But Tuscany’s regional governor was not ready to sign up for the plan immediately, as he said his region did not have “unlimited” doses.

“Until I have more precise indications, I obviously must say that our reservation system stops at the residents. We still have half the population to vaccinate”.

In 2019, the last year before the pandemic put a halt to most travel, 76 percent of trips taken by Italians were within the country, according to national statistics agency Istat.

And some 47.6 percent involved people in Italy visiting second homes or properties belonging to friends or relatives.

To date some 13.5 million people, or a quarter of the population over the age of 12, have been fully vaccinated, and 26.4 million have received one dose of the vaccine, according to government figures.