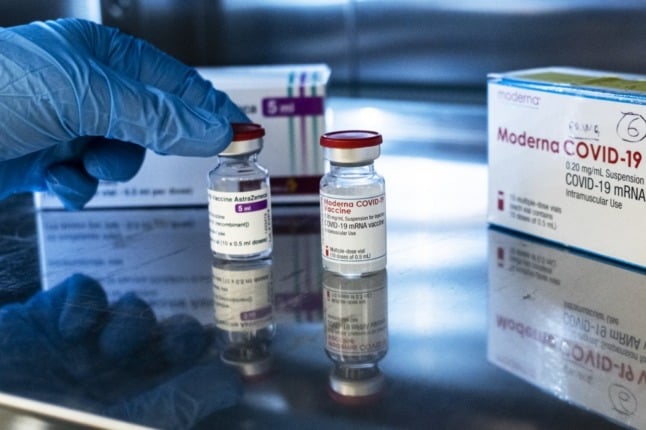 Italy recommends that people under 60 who got a first dose of the AstraZeneca vaccine follow it with either Moderna or Pfizer. Photo by MARCO BERTORELLO / AFP

After insisting earlier this month that under-60s who had already had one dose of the AstraZeneca vaccine should receive either Pfizer or Moderna for the second dose due to concerns over blood clots in a small number of younger recipients, the Italian Health Ministry has since revised its position to allow those who would prefer two shots of the same vaccine a choice.

In a circular issued on June 18th, the ministry said under-60s could choose to get a second dose of AstraZeneca’s Vaxzevria vaccine so long as they fully understood the possible side effects.

While the government continues to recommend that younger people get a booster shot of a different vaccine, if someone under 60 has been informed by health professionals of the potential risks of rare blood clots and still “refuses with no possibility of being convinced” to switch vaccines, the circular states, they can opt to get a second dose of AstraZeneca.

What Italy calls “vaccination crossing” – varying the first and second doses – is still the health ministry’s recommended option, and is approved as safe and effective by Italian medicines agency Aifa.

Several other EU countries including Germany, France, Spain, Sweden, Norway and Austria have also adopted the practice of following up a first AstraZeneca dose with a shot of Pfizer or Moderna.

Why has the Italian government decided to allow people to choose AstraZeneca?

The latest guidance comes after Italy’s 20 regions, each of which is in charge of its own vaccination programme, issued varying rules about who could continue to get vaccinated with AstraZeneca, with some insisting they would continue to give second doses to younger adults and others threatening to ban the vaccine altogether.

There were also concerns over whether regions would have enough doses of the Pfizer and Moderna vaccines to go round, and whether the confusion might prompt people to give up on getting a second dose at all.

Ensuring that people get fully vaccinated is crucial, the government’s Covid-19 Technical and Scientific Committee (CTS) said when it was asked to decide on the question – especially as data shows that one dose is significantly less effective against some new coronavirus variants.

READ ALSO: How much is the Delta variant spreading in Italy?

Data from millions of people vaccinated with AstraZeneca across Europe and the UK indicates that serious side effects after either dose are extremely rare, and the vaccine remains approved for everyone over 18 by both EU and Italian drug regulators.

With all these factors in mind, the CTS recommends that people be allowed to exercise freedom of choice when it comes to their own health.

How to request a second dose of AstraZeneca

Under-60s who choose to stick with the AstraZeneca vaccine are required to sign an “informed consent” form when they go to get their second shot, stating that they are aware the government recommends they switch to a so-called mRNA vaccine, that they understand the risks and benefits, have had the chance to ask questions and received information that was clearly explained.

Don’t be afraid to ask questions or ask for a translation: the form specifically states that you should be informed in a language and way that you understand.

The form must be signed by both the patient (or their legal representative) and the doctor on duty at the vaccination centre, as well as another health worker if available.

Find the form here (pages 16-17), along with information about each of the four vaccines currently in use in Italy and their potential side effects.

What are the different types of Covid-19 vaccine available in Italy?

AstraZeneca and Johnson & Johnson are both so-called viral vector vaccines that use a genetically engineered version of a common cold virus to carry instructions into cells, telling them to reproduce spike proteins similar to those found on the coronavirus.

When exposed to the real virus later, the body recognises the spike proteins and is able to fight them off.

Both vaccines are approved in Italy and the EU for adults of all ages, but have been linked to a small number of unusual blood clots, mostly in women under 60 who had received the shot in the past three weeks. Some of these clots were fatal.

The EU and Italy have also authorised two mRNA vaccines: Pfizer-BioNTech and Moderna. The mRNA or Messenger RNA genetic technology train cells to reproduce spike proteins without the need for a viral carrier.

The immune system then recognises and fights off the coronavirus spike proteins in the same way as for other vaccines. 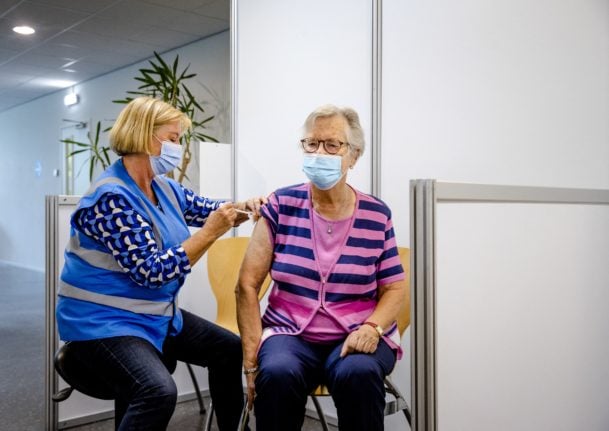