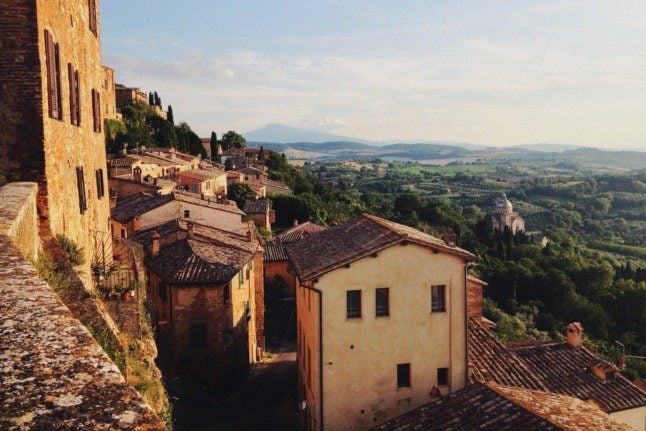 Montepulciano in Tuscany - a region that's a firm favourite with Italians and international tourists alike. Photo by Rowan Heuvel on Unsplash

Italians are known for being fans of the ‘staycation’, making the most of their own country’s world-famous sights and stunning coastlines on holiday – and this year is no exception, with Italy ranking as the main destination for Italians, according to recent findings by national statistics body Istat.

Among those living in the south of Italy, over half plan to stay in their own region, whereas six in 10 from the centre-north will leave their area for their Italian holiday.

And most will be heading to just a handful of popular regions this time.

Puglia, Tuscany and Sicily feature at the top of the list according to a study by research institute Demoskopika.

The south-eastern region of Puglia is expected to see a 13.6 percent increase in tourist arrivals to the region on last year, followed by Tuscany (13.4 percent), Sicily (13.2 percent), Emilia Romagna (12.9 percent) and Sardinia (12.8 percent).

These regions feature prominently on ‘Top places to visit in Italy’ lists, and you’ll find that the same towns, cities and beach resorts are recommended again and again to foreign visitors.

Instead, here are some of our picks within these areas that are popular with locals and less likely to be overrun with crowds.

Puglia is increasingly a popular destination among both Italian residents and foreign tourists looking to relax and restore.

And no wonder, with its clear waters and beaches picturesque enough to rival tropical destinations.

But it’s not relaxing when the world and his dog descends on this corner of Italy, meaning people are fighting for space to lay their towel or tourists are jostling to take snaps of the region’s unique whitewashed stone huts, known as ‘Trulli‘, in Alberobello.

Il Ciolo is one example of a place where you could avoid the hordes. It’s a spectacular creek, right at the tip of the ‘heel’ of Italy’s boot.

It’s a little wilder and a bit more rugged than the beaches you’re likely to find in Puglia’s must-visit lists and, a bonus for scuba lovers, it’s known for its top diving spots.

Good luck trying to find this one in any ‘Destinations not to miss in Italy’ articles.

The region of Emilia Romagna was found to be in the top five of Italy’s regions for Italians’ summer travel plans, according to the Demoskopika study, with an increase in tourists of 12.9 percent and a 26.3 percent increase of those staying in the region compared to last summer.

This coastline may not be a rival for those azure waters of Puglia, but Lido di Volano is not to be dismissed if you want to unwind by the sea.

The highest part of the Comacchio coast, it’s one of the quieter spots of Emilia Romagna’s riviera and is surrounded by nature rather than blocks of apartments or a multitude of shops.

Pine forests and nature reserves line the coast, making your walk or bike ride to the sandy beach a refreshing one.

According to the Emilia Romagna tourist board, this is the “most unspoiled of the seven lidi” and due to its more isolated position and being more open to wind and currents, it’s an ideal place for kite surfing and windsurfing. The colours of Sassari’s waters amaze and delight. Photo: Branislav Knappek on Unsplash

The region of Sardinia is also a destination Italians are heading to (or staying in) this summer, according to the survey’s findings.

And with Sassari reporting the cleanest air in Italy, what better place to reset and do your body and soul some good?

This is an ancient, historic city, known for its art and inspiring coastline. From fine sand to smooth pebbles, Sassari boasts a variety of beachscapes for you to kick back and enjoy some much-deserved time off.

If you’re really keen to holiday like the locals, you can follow their accommodation trends for this year too.

According to Istat, over a third (34 percent) of respondents are opting for accommodation in a hotel or guesthouse, followed closely by a house or apartment they own (32.4 percent).

If you’re not a holiday home owner, you could rent a house or apartment just like some 26 percent of Italians.

Or you could get back to nature and stay in a campsite, as almost 8 percent of Italians plan to.

The data also revealed that the Italians planning to go away on holiday this year are mainly those between 18 and 29 – some 75 percent said “certainly yes” or “probably yes”, followed those aged between 30 and 49 (58.5 percent).

The shares fall progressively with age, with older people more likely to skip a summer holiday. Just under a third of Italians in this category (32.4 percent) said they’re planning a summer break.

Those who do intend to take a holiday are taking the time to recharge, with most respondents saying they’ll spend two weeks away. And those who are staying in their own region plan to take even more time off, with some 31 percent of respondents planning to have longer than two weeks of a break.