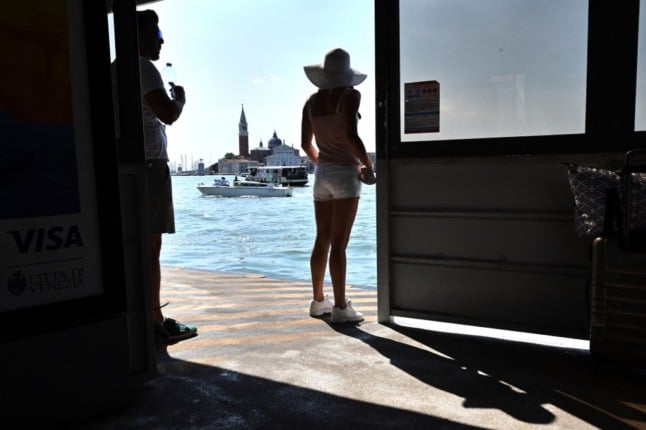 A look at Italy’s latest Covid-19 data is alarming: 5,143 new infections in the past 24 hours alone, more than double the daily rate a week ago.

The Rt number, a figure that indicates how many others a person infected will pass the virus on to, has risen above 1, the key threshold beyond which transmission becomes difficult to control. According to the latest weekly report by Italy’s Higher Health Institute (ISS), the national Rt stood at 1.26 by July 18th and is believed to have risen since then.

On the island of Sardinia, one of Italy’s most popular summer holiday spots, the regional Rt is as high as 2.24, having doubled from the week before, while the incidence rate is also Italy’s highest at 82.8 new cases per 100,000 residents.

Despite these indicators, the government is hopeful that it can avoid reimposing the restrictions that have limited travel, businesses and events for much of the past 18 months as Italy moves into its peak holiday season.

Its strategy, announced last night by Prime Minister Mario Draghi and Health Minister Roberto Speranza, is two-pronged. First, Italy will significantly expand the use of its Covid-19 health pass, making it compulsory to eat at restaurants indoors, visit museums, attend concerts or sports events and more.

“This summer is already peaceful and we want it to remain so,” Draghi told a press conference. “The green pass is a measure that allows Italians to continue running their own businesses, having fun, going to restaurants, attending shows outdoors or indoors, all with the guarantee of being among people who are not contagious.

“In that sense it’s a measure that, though presenting some difficulties in terms of application, gives peace of mind, not one that takes it away.”

While the health passport can also be claimed by anyone who has recently tested negative for the coronavirus or recovered from Covid-19, the easiest way to get a pass that doesn’t have to be repeatedly renewed is to get vaccinated.

Most of Italy’s new infections are among people who are unvaccinated, according to the ISS, which says that cases are ten times lower in people who have had both doses of a Covid vaccine. Infection rates are currently rising sharply among people under 30, who were the last age group in line for a jab and the least likely to have had both shots.

At the same time, the government has changed the way it decides Italy’s regional restrictions – the system of tiered ‘risk zones’ ranging from white (low) to red (high).

All of Italy’s 20 regions have been white zones since the end of June, allowing every part of the country to relax the rules on wearing masks outdoors, reopen theme parks, cultural centres and indoor swimming pools, and restart weddings and trade fairs.

Until now, any region that recorded more than 50 infections per 100,000 inhabitants in a seven-day period for three weeks in a row risked returning to the slightly more restrictive yellow zone, something local businesses are keen to avoid as summer tourism resumes in earnest.

With Italy’s national weekly incidence rate beginning to approach that threshold and four regions – Sardinia, Veneto, Lazio and Sicily – already over it, the government has once again changed the parameters for remaining a white zone, after already revising them in May to make white-zone status more attainable.

Now the main factor it considers will be hospital occupancy, which up to this point in Italy’s fourth wave has remained relatively low despite the rapid surge in cases.

Under the new rules, regions can remain white even if their incidence rate tops 50 per 100,000 residents, so long as the percentage of hospital beds occupied by Covid-19 patients does not go over 15 percent – or no more than 10 percent of intensive care beds are full.

Regions that cross either of these thresholds become yellow, while regions with more than 150 cases per 100,000 people and hospital occupancy of 30 percent, or intensive care occupancy of 20 percent, become orange.

Regions where 40 percent of hospital beds, or 40 percent of intensive care beds, are occupied go into the red zone with maximum restrictions on movement and businesses, close to a form of lockdown.

Nationally, hospital and intensive care occupancy are currently both at around 2 percent, according to the latest weekly ISS report.

Some regional rates are already approaching or over 5 percent, however, including Calabria with 5.7 percent of hospital beds occupied, Sicily with 5.2 percent and Campania with 4.8 percent. Tuscany has the highest percentage of intensive care occupancy (3.4 percent), followed by Sicily (3.3 percent) and Lazio (3 percent).

While the highly contagious Delta variant – thought to be the factor driving the rapid rise in infection in Italy as in other countries around Europe – has had little impact so far on Italy’s hospital admissions, the example of the United Kingdom suggests that a rise in more serious cases of Covid-19 can’t be ruled out.

Hospitalisation rates in the UK, where Delta has been the dominant strain of the coronavirus since at least early June, have increased sharply from around 13 per million people at the end of May to 58 per million by mid-July.

Health experts expected Delta to become the dominant variant in Italy by the end of July, if not before.

The Italian government is hoping that the combination of the expanded health pass scheme together with the revised white zone criteria will keep all of Italy in the lowest-risk category for most of August – Italy’s busiest month both for international tourist arrivals as well as for domestic holiday bookings.