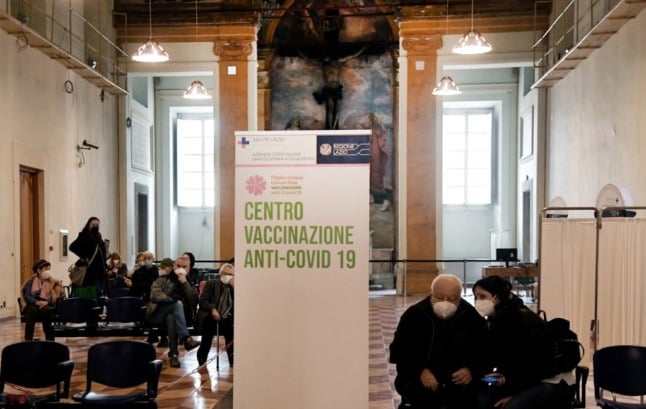 Answering a question at a press conference, Draghi confirmed that he was in favour of mandatory vaccines and that there are plans to administer third doses of Covid-19 vaccines for some groups.

He was asked if he thinks mandatory vaccination “can be introduced” once EMA and AIFA (the European and Italian drug regulators) have given full authorization for the use of Covid-19 vaccines, and whether the government thinks third doses will be needed.

Health Minister Roberto Speranza added: “The vaccination obligation in our country is already in place for healthcare personnel, so in reality it already applies to part of our society”.

He said expanding the legal obligation to vaccinate “is a possibility that remains at the disposal of our institutions, government, and Parliament.”

“The hypothesis is that it could be decided after the final approvals from the drug agencies, Ema and Aifa, which at the moment have given the green light for emergency use of the vaccines.”

Speranza also said that the administration of third vaccine doses “will begin in September” starting with “people who have a very fragile immune response”. Until now, the Italian government has said very little on the topic of potentially making the Covid-19 vaccination mandatory for all – although ministers had never ruled out the possibility.

Italy passed a law in April obliging anyone working in public or private social health positions, including in pharmacies and doctors’ offices, to get vaccinated against Covid-19 or be suspended without pay, unless their employer can reassign them to a non-public facing position.

On September 1st, a separate requirement was introduced for all school staff to show proof of vaccination, recovery or a negative test result under the ‘green pass’ health certificate scheme.

The government has also been considering a further expansion which would make the pass mandatory for employees at workplaces deemed essential, including public offices and supermarkets.

Changes could potentially be announced in the coming weeks, as Italy’s health authorities aim to have 80 percent of the population over the age of 12 vaccinated by the end of September.

Several government ministers have reportedly been pushing for the legal vaccination requirement to be extended to more groups, and potentially to the general public, amid concerns that the country may not be able to reach the stated target this month.

However at the press conference Draghi insisted the vaccination campaign is “proceeding swiftly”.

Just over 70 percent of eligible people in Italy have had at least one dose while 63 percent are now fully vaccinated.