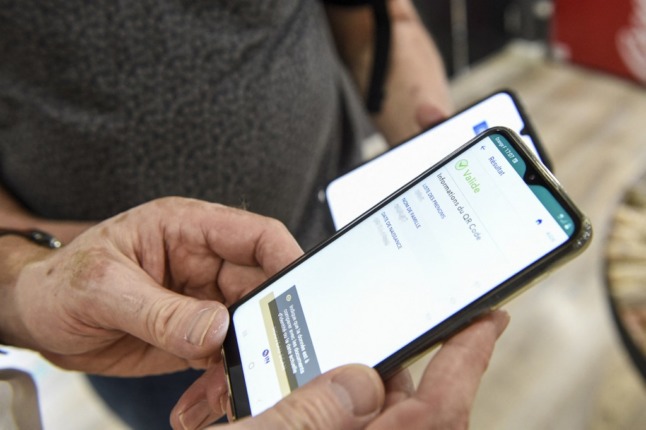 A new decree set to be approved by the Italian government on Thursday will require employees at all workplaces to show proof of vaccination, testing or recovery under the certificazione verde or ‘green pass’ scheme, a minister said on Wednesday.

The digital pass proves the bearer has received at least one vaccine dose, tested negative or recently recovered from the virus.

UPDATE: Where do you now need to show a Covid green pass in Italy?

It was originally brought in to allow quarantine-free travel between EU member states, and Italy is one of several countries that also made it a domestic requirement at venues such as museums, gyms and indoor restaurants.

“We are heading towards a mandatory green pass not only for public sector workers but also private sector ones,” Regional Affairs Minister Mariastella Gelmini said on Italy’s Rai radio on Wednesday.

“The vaccine is the only weapon we have against Covid and we can only contain infections by vaccinating the large majority of the population,” she said.

“We have taken a clear path. Tomorrow’s cabinet meeting will definitely be an important moment.”

While several other European countries have health pass requirements in place at various venues, none has made it mandatory for all workers.

The move is not yet confirmed, and it remains to be seen whether the government will go as far as Gelmini suggests.

A decision is set to be announced following the cabinet meeting on Thursday, with the expansion likely to come into force in mid-October, Italian news agency Ansa reports.

Previously, ministers had been discussing rolling out the health pass requirement by sector over a number of weeks.

The government had been expected to first extend the ‘green pass’ requirement to people working in venues where it is already a requirement for customers, including restaurants, bars, museums, cinemas, theatres, swimming pools and gyms.

It was later set to be extended to all state employees and then, finally, other private sector companies. However, following debate in parliament over the decree this week it appears likely that the rules may now come in for all sectors at once.

A health pass requirement is already in place for employees in certain sectors in Italy.

On September 1st, Italy made the green pass mandatory for teachers and other school staff, as well as for parents entering school premises, before expanding the requirement on September 9th to employees of cleaning and catering companies working in schools and universities as well as to external workers in the healthcare sector.

Separately, Italy has since April mandated vaccines for anyone working in public or private social health positions, including in pharmacies and doctors’ offices.

Education or healthcare staff who refuse to comply with the rules can be suspended without pay.

The government also approved legislation last week stating that anyone working in schools, universities and healthcare facilities who is found without a ‘green pass’ can also be fined between €400-€1,000.

Ministers have said the use of the health pass scheme is the only alternative to reinstating health measures such as business closures and travel restrictions.

Extending the Covid-19 health pass is also hoped to encourage vaccination uptake among the part of the population which has not yet had a first jab.

The Italian government has also confirmed that it is considering making Covid vaccinations obligatory amid the final push to meet immunisation targets this month.

While no other European country is currently considering such a move, Health Minister Roberto Speranza said Italy will go ahead with making vaccines mandatory “without fear” if a law is deemed necessary “to protect the right to health”.

A decision on obligatory jabs is expected by the end of September, and will partly depend on what percentage of the population can be persuaded to get the jab voluntarily by that date.

Italy aims to have 80 percent of the population over 12 years old vaccinated by September 30th.

The current figure as of Wednesday stands at 74 percent, according to the latest government data.