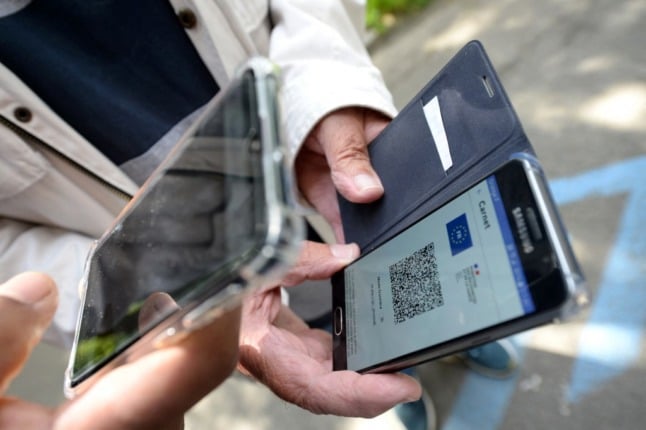 Question: I’ve heard that it’s now possible to upload a vaccination certificate issued in another country in order to get an Italian ‘green pass’. Is this correct and, if so, how do I do it?

Since Italy began rolling out its health certificate- – the so-called ‘green pass’ – in June this year, it has only been available to people vaccinated, tested or recovered in Italy.

So far, the only way for people vaccinated in other countries to download the Italian version of the health pass has been to get a coronavirus test in Italy, as a negative result generates a pass that’s valid for 48 hours.

People who have a certificate from another country in the EU or Schengen Zone, or one of these five countries outside the bloc, do not need to download the Italian version of the pass: certificates from your home country will be accepted in Italy.

Until now, there hasn’t been a longer-term solution available for people vaccinated in other countries, or for second home owners and others who spend longer periods of time in Italy and would prefer to access the country’s own pass with the scannable QR code.

While it’s not mandatory, it appears that using foreign certificates to obtain a green pass is now an option for those who would like to do so. Aside from the convenience of having one, many readers have reported difficulties when attempting to use UK, US or other non-European vaccination certificates at certain venues in Italy – particularly with passes which don’t feature a QR code – even though technically these should be recognised.

Being able to quickly and easily use a scannable health pass is becoming increasingly important after it was made an everyday requirement for entry everywhere from gyms and cinemas to long-distance public transport. From October 15th, it will become mandatory in all workplaces.

Several readers have written to The Local in recent days to report that they were allowed to submit their proof of vaccination abroad and claim an Italian ‘green pass’ using an online process. This included readers vaccinated in the UK, France, and Australia.

There hasn’t been a rule change – at least, not recently.

The Italian health ministry confirmed that certain groups of people could use foreign certificates to apply for an Italian health ‘green pass’ In a circular published on August 4th.

However, with every local authority responsible for setting up a system to allow this, in some areas the conversion only recently became possible in practice.

According to the health ministry, this option is open to all Italian citizens as well as any family members who live with them. That includes Italians who do not live in Italy and who are not enrolled in the Italian public health service.

The circular also states that “all subjects registered with the National Health Service on any basis” are eligible to add their foreign vaccination or recovery certificate to their Italian health record and receive a ‘green pass’; effectively converting a foreign certificate into an Italian one.

That suggests that the rule also applies to non-Italians who live in Italy and are enrolled in the public health system, but got vaccinated elsewhere. It was not initially clear from the ordinance whether this could also apply to visitors or second-home owners who are neither Italian citizens (or their immediate family members) nor registered with the national health service.

Since then however, many local health office (Azienda Sanitaria Locale or ASL) websites such as this one in Veneto have stated explicitly that they will convert certificates belonging to non-Italians and, in some cases, anyone present in the area they cover.

Readers also report being able to convert passes via their local health authorities in Bologna and Rome.

Other local health offices, such as this one in Bergamo, only refer to Italian citizens, their close family members, and those who are registered with the national health service – as specified in the health ministry’s ordinance.

Overall, while it appears that it is possible to submit a foreign vaccination certificate to the local health authority and receive an Italian ‘green pass’, who will actually be able to do so and the exact process they’ll need to follow seems to depend on where in Italy they are.

READ ALSO: ‘Mixed dose’ Covid vaccines – what are the rules in Italy?

This is because implementation is down to individual local health authorities across Italy, meaning that each region has some scope to adjust the rules, and each local health office or ASL is responsible for setting up its own system for handling the process.

All health authorities however were clear that the process must be completed while you’re in Italy (and in the comune covered by the relevant health office). So you couldn’t apply for the pass from another country in advance of a trip to Italy.

It’s not obligatory to register jabs received abroad – and for some people it wouldn’t make much difference: since Covid certificates from any EU country contain QR codes which are valid throughout the bloc, anyone who recovered or got vaccinated elsewhere in the EU does not actually need the Italian pass.

As no specific countries were named in the ordinance: it appears that the conversion process could be used for certificates from any country as long as your vaccine was approved by the European and Italian medicines agencies.

To find out more, contact the local health office (Azienda Sanitaria Locale or ASL) for the part of Italy where you’re based, who will provide further information about the documents you should provide and how. The ASL will check your documents are genuine and valid, then log the details in their records.

Once you’re registered as vaccinated or recovered, the Ministry of Health should generate an authorisation code and send it to you by text or email.

There are several different ways in which you may be able to download your pass, depending on what documents you have.

Find full details of how to download the green pass here.

Find the latest updates in our green pass news section and further details on the Italian government’s official website (currently only available in Italian).