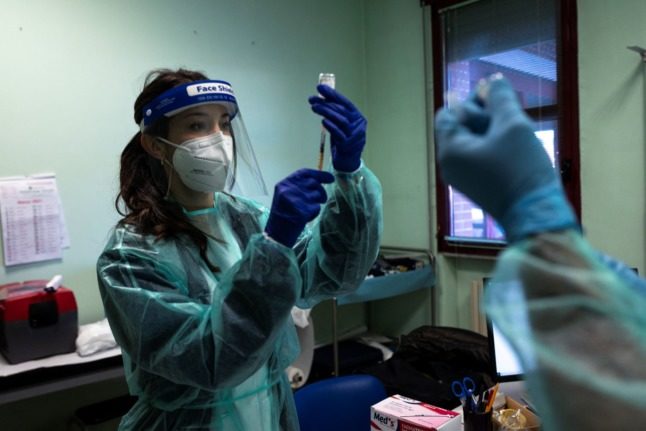 Italy will begin administering Covid-19 third dose booster shots to anyone aged 40 and over from November 22nd, after Health Minister Roberto Speranza announced on Thursday the government would bring forward the planned start date by one week.

Speaking at an event organised by agricultural association Coldiretti, the minister explained that a rising infection rate in Italy and across Europe was behind the health ministry’s decision to accelerate its booster campaign.

“We are still inside the Covid challenge, and the numbers coming from EU countries indicate that there is a need to keep the level of attention very high,” Speranza told Italian news media present at the event.

The country began its rollout of third Covid-19 vaccine doses for the most at-risk members of the population on September 20th, adding health and and social care workers and the over-80s one week later, and extending the eligibility criteria to over-60s in mid-October.

“The third dose is an important piece of the strategy we have put in place,” Health Minister Roberto Speranza said on the late-night talk show Che tempo che fa when the government first launched its booster rollout.

Here’s what we know about the campaign.

Who can get the vaccine?

The third dose is now available to anyone aged 40 and over, with local health authorities instructed to give priority to individuals who have yet to receive a single of the vaccine, as well as those most at risk from Covid-19 due to their age or medical status, according to the ministry’s latest official circular.

The doses were initially offered only to those with suppressed immune systems, including AIDs patients and those on dialysis for renal failure, as well as cancer patients and transplant recipients.

However, the eligibility criteria were quickly expanded to include care home workers, the over 80s, and health professionals by the end of September; over-60s by mid-October; and over-40s by late November, as Italy’s authorities struggle to bring the country’s rising contagion curve under control.

How do you get the vaccine?

The process will vary depending on where you live. Immunocompromised Italians who fall into the health ministry’s ten most medically vulnerable categories should have been called in by their local health authority (ASL) or the hospital treating them, or summoned by the family doctor, according to the news outlet Il Sole 24 Ore.

READ ALSO: EXPLAINED: How to get a Covid-19 vaccine booster shot in Italy

Individuals with mobility issues who have trouble leaving the house can be vaccinated at home.

Anyone else eligible for the booster shot will likely need to take the initiative to go to their regional health authority’s website or call a vaccination centre or pharmacy and book the shot for themselves.

Those under the age of 40 who consider themselves in the ‘medically vulnerable’ category will need to attest to their health condition via a self-certification form and bring their green pass or vaccination certificate with them.

As with the rest of Italy’s immunisation campaign, the third dose rollout is being managed by regional authorities – so while the whole country was given the go-ahead to start administering the shots to over-40s from Monday, different regions will be running the effort at their own pace.

How soon after your second dose can you get the vaccine?

For immunosuppressed people, the third vaccine can be administered 28 days after the second dose – and should be given as soon as possible after that point, according to the health ministry’s latest guidance.

As things stand, boosters for all other categories can be administered no sooner than six months after the second shot.

However, Italy’s health authorities are discussing the possibility of reducing that interval to five months, reports Sky News. Which vaccines will be used?

Only the two mRNA vaccines currently approved for use in the EU – that’s the Pfizer Comirnaty vaccine and the Moderna Spikevax vaccine – will be used for the booster, according to the health ministry’s latest circular.

Both vaccines are now approved by the European Medicines Agency for anyone aged 12 and up, and are effective regardless of which vaccine you received for your initial cycle.

Do I have to get a third dose if I fall into one of the categories?

Not unless you fall into one of the categories of workers who are required to be vaccinated in order to do their jobs, such as health workers – for these individuals, a booster mandate is likely to be introduced.

For anyone else, getting a booster is highly recommended by the health ministry as a personal safety precaution and to help contain the fourth wave to prevent further restrictions and partial lockdowns – but is not compulsory.

How effective is the booster?

A recent study conducted by the Israeli healthcare provider Maccabi reportedly showed that a third dose of the Pfizer vaccine is 86 percent effective in preventing infections in over-60s.

Will the entire population be offered a third dose?

When Italy first began its booster rollout in September, it was unclear who would be offered a third dose.

At the time, the country’s infectious disease experts agreed that booster shots were important for higher-risk groups, but some said that it didn’t immediately appear necessary for those outside the most vulnerable categories, and argued that offering first doses to populations that remain largely unvaccinated should be the priority of western governments.

Since then, Italy’s coronavirus case rate has steadily risen and the country has entered into a fourth wave of Covid infections, and it looks increasingly likely that third doses of the vaccine will be offered to every demographic.

Speaking at a press conference in early November, Italy’s emergency coronavirus commissioner  Francesco Figliuolo told Italian media outlets that a third dose of the vaccine would be offered “to all those who have completed any type of vaccination cycle, at high figures.”

What are other countries doing?

In Europe, countries including France and Austria began offering booster shots in late August. Many other EU countries say they’re still awaiting further data before they make a decision. 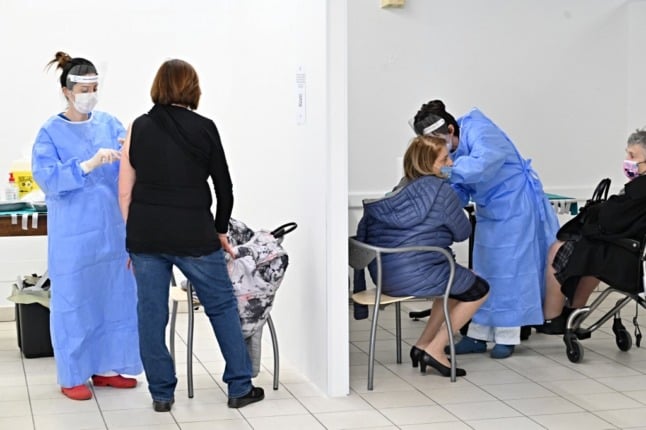