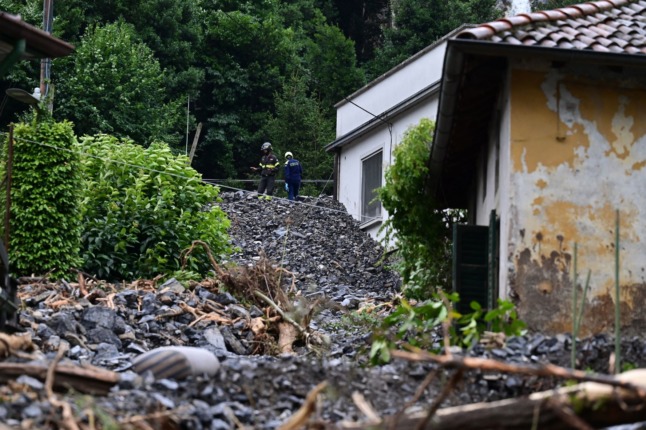 Severe weather has devastated farms and blocked roads in some areas this week as bad weather swept much of the country.

Three national records were broken in the space of a few hours on October 4th, reports the weather site Meteo Giornale.

All three areas are located in the hinterlands of the northwestern region of Liguria.

The country as a whole was hit by 20 severe weather events in one day on Monday, including tornadoes, hailstorms, windstorms, and torrential rainfall that caused damage to cities and countryside across the peninsula, with the northwest particularly badly affected, according to the agriculture industry association Coldiretti.

The storms “devastated fields, pastures, stables and agricultural vehicles as well as blocking roads and causing landslides and landslides in the countryside,” the association said in a press release published on Tuesday.

More advanced and less bureaucratic risk management tools and structural interventions are required in order to mitigate the damage from severe weather, but “above all a commitment to curb climate change” is what’s necessary, the association said.

In August the highest temperatures ever recorded in Europe were reported by Sicily’s Agrometeorological Information System (SIAS), which documented a temperature of 48.8°C near Syracuse on August 11th.

Thousands of forest fires were recorded across the peninsula over the summer, with one in the west of the island of Sardinia ravaging almost 20,000 hectares during the worst fires seen in decades.

Italy’s 2021 fire season was significantly more destructive than the previous average, according to EU data.

At a conference in Milan on Thursday, UN chief Antonio Guterres urged delegates due to attend the COP26 climate summit in Glasgow at the end of this month to bring their emissions plans in line with a 1.5C pathway.

“This means that they must commit to net-zero by mid-century, with ambitious 2030 targets, and clear plans to achieve them,” he said.

Guterres also called on developed nations at COP26 to make good on their promise to deliver $100 billion each year to countries already bearing the brunt of climate disasters.