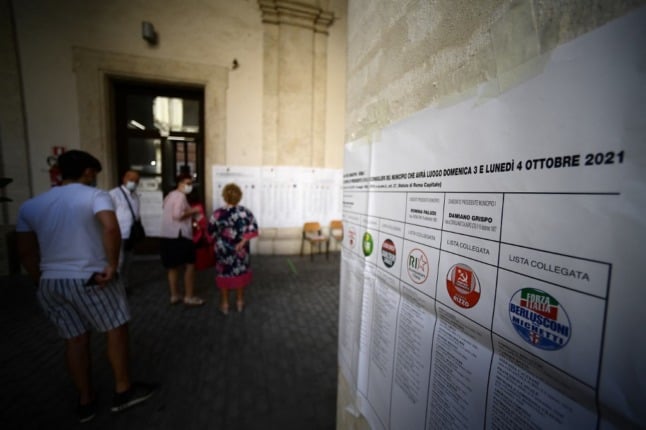 Voters wait at a polling station to vote in the municipal elections in Rome on October 3rd. Photo: Filippo Monteforte/AFP

With counting done in more than 97 percent of polling stations, Mussolini garnered more than 8,200 preference votes after standing for the hard-right Brothers of Italy (Fratelli d’Italia) party.

The 47-year-old, who will be serving a second term as city councillor, insisted that her surname had nothing to do with her popularity.

“The person prevails over their surname, however burdensome it is,” she told the La Repubblica newspaper, adding: “I have many left-wing friends.”

Mussolini’s late father, Romano, was a jazz pianist and brother-in-law to actress Sophia Loren. He was Benito Mussolini’s fourth child.

Rachele Mussolini, the rising star of Italian Brothers of Italy and the grand-daughter of Benito Mussolini and his wife Rachele. Is there any other country in Europe, where former dictators' progeny can make a easy political career? pic.twitter.com/Tc3sQPJ5ee

Other descendants of the Italian dictator have gone into politics, all for the right, including Rachele’s step-sister Alessandra Mussolini, a former member of the European Parliament.

Another relative, Caio Giulio Cesare Mussolini, the dictator’s great-grandson, also stood unsuccessfully as a candidate for Brothers of Italy in the 2019 European parliamentary elections.

“So many people want to put Mussolini on the ballot,” he reportedly said at the time.

What makes this even worse is that, under the voting system used in Italy, you don't just put an X next to a name. You have to write the candidate's surname on the ballot paper. What goes through a person's mind as they write M_U_S_S_O_L_I_N_I ? https://t.co/PB6Rar6KFE

In Rome, a run-off is due to take place on October 17-18 between right-wing candidate Enrico Michetti, a talk radio host, and the centre-left’s Roberto Gualtieri, a former economy minister.

With current mayor Virginia Raggi of the Five Star Movement out, opinion polls suggest Gualtieri is favourite to win in two weeks’ time. 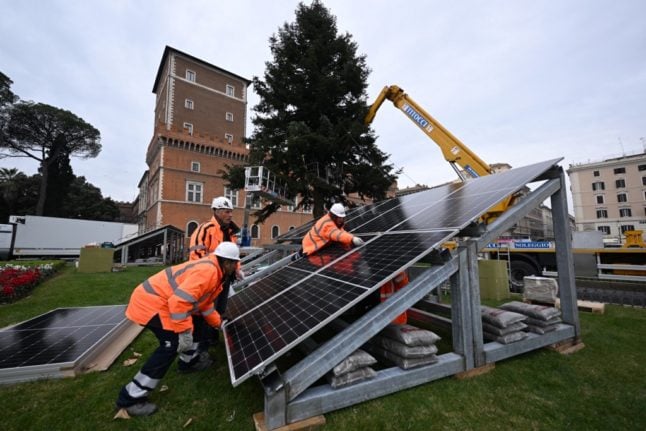 Rome’s much-anticipated Christmas tree has arrived and its appearance has proved controversial once again this year. This time however, criticism was not over missing branches or lacklustre decorations but the installation of large photovoltaic panels at the tree’s base in Piazza Venezia, a Unesco world heritage site.

There’s a lot of pressure on Rome authorities each December to produce a decent Christmas tree after the city became notorious for a string of festive flops, including the 2018 incarnation, nicknamed ‘Spezzacchio’ (‘Broken’) by residents due to its notable lack of branches.

Most famously, the 2017 Christmas tree erected at a cost of nearly €50,000 earned the nickname ‘Spelacchio’ (‘Baldy’), thanks to its threadbare appearance and uncanny resemblance to a toilet brush.

Spelacchio, whose balding branches made headlines all over the world, was the successor of another ill-fated fir dubbed the ‘Austerity Tree’, labelled the ugliest in the world in 2016.

The appearance of the 2022 tree hasn’t been criticised, but its visible power supply has: a row has erupted among local politicians over the decision to install two giant photovoltaic panels at its base to power the lights on the tree as well as the illuminations on nearby shopping street Via del Corso.

Prominent right-wing figures such as Vittorio Sgarbi, an outspoken art critic and culture ministry undersecretary in the current government, slammed the idea as being inspired “by Greta Thunberg”. 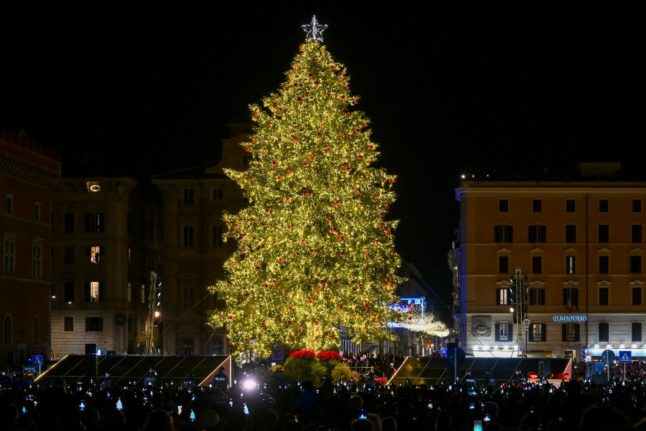 Rome’s 2022 Christmas Tree in Piazza Venezia is powered by two large photovoltaic panels installed at its base. (Photo by Vincenzo PINTO / AFP)

Sgarbi described the initiative as “an exhibition of bogus environmentalism” and said the panels should not have been placed in the historic square.

The tree was quickly nicknamed “Fotovoltacchio” by politicians from the hard-right League.

But criticism also came from Linda Meleo, a former Rome councillor and member of the Five Star Movement, who said: “There are other ways of lighting the tree with clean energy without installing two panels which are objectively ugly”.

Rome mayor Roberto Gualtieri, a member of the centre-left Democratic Party, defended the decision to place the two panels by the tree, saying they were intended to “promote a culture of sustainability” and were appropriate at “this delicate moment linked to the war in Ukraine”.

“We made the right choice, it’s a choice marked by sustainability, practical but also symbolic,” he said, according to Italian news agency Ansa.

“We are at a time in which Europe sees the horror of war, many cities in Ukraine are without electricity, the price of energy is very high: we have a duty to promote renewable energy”.

He said the panels would cover the tree’s energy usage and lower carbon dioxide emissions by “more than 17 kilos a day”.

Rome’s Superintendency reportedly stated during the approval of the plan that the use of photovoltaic panels “must be considered an exception and in no case can the use of this technology constitute a precedent within the historic centre of Rome, a Unesco site”.

Christmas displays in many of Italy’s cities are a little less flashy this year as councils try to keep costs down amid the European energy crisis.