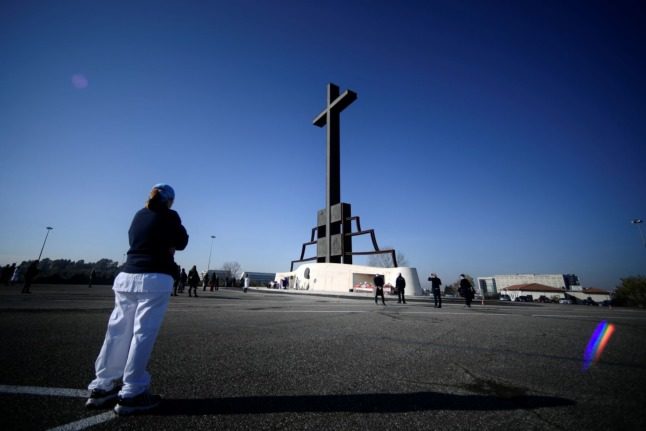 Medical workers attend a mass on outside the Tor Vergata hospital in Rome on December 21, 2020, during the COVID-19 pandemic caused by the novel coronavirus. Filippo MONTEFORTE / AFP

One of the first countries to be hit by the pandemic, Italy has registered over 131,000 deaths since the first domestic cases were spotted in the north in February 2020.

“It is vital that the Italian parliament approves an independent inquiry so that lessons can be learned, similar mistakes can be prevented and justice can be provided to those people who died unnecessarily and those who were wrongly dismissed,” said Debora Del Pistoia, researcher at Amnesty International Italy.

READ ALSO: Italy’s WHO whistle-blower: ‘I don’t want this swept under the carpet’

Her remarks came as Amnesty released a report claiming  staff in Italian hospitals and care homes who raised concerns about their working conditions during the pandemic were silenced or punished. Medical workers in protective gear react at the end of their shift in an intensive care unit treating COVID-19 patients at the San Filippo Neri hospital in Rome on April 20, 2020. Alberto PIZZOLI / AFP

Italy’s Covid response has been under scrutiny on several other fronts.

Prosecutors in Bergamo, an early epicentre of the pandemic, have questioned top government officials over claims that the province was not properly quarantined at the start of the outbreak.

READ ALSO: ‘Here is the Italy that has suffered’: Bergamo holds requiem for coronavirus dead

There are also concerns about possible waste and corruption, with a former coronavirus crisis commissioner, Domenico Arcuri, under investigation for embezzlement and abuse of office related to the purchase of face masks from China. Several parties, including the opposition far-right Brothers of Italy and the centrist Italy Alive (IV), which is part of Mario Draghi’s national unity government, have called for parliament to investigate the pandemic.

But IV lawmaker Lisa Noja told AFP a consensus has emerged among other political forces to limit an inquiry to the pandemic’s alleged origins in China, excluding Italy’s response to it.

In July, two parliamentary committees agreed to restrict the investigation to events leading up to January 30, 2020, when the World Health Organisation (WHO) declared the coronavirus outbreak a global emergency, Noja said.

The full house of the lower chamber still needs to vote on the proposal. A debate was scheduled for this week, but  postponed, and it is unclear when the matter will be taken up again.

“I don’t think they (the other parties) think it’s in anyone’s interest to discuss this in the house,” Noja said.