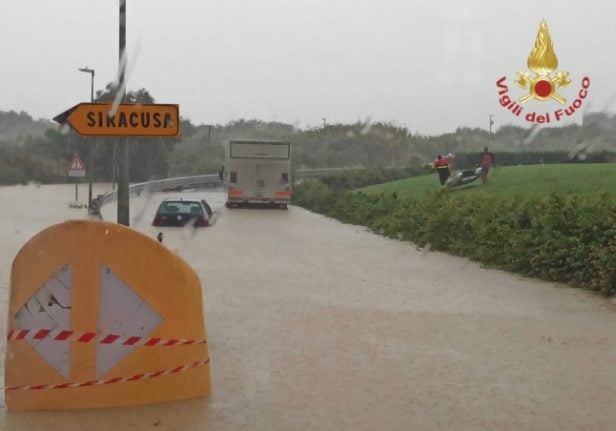 A 53-year-old man died after being swept away by water in the town of Gravina, north of Catania, reports news agency Ansa.

The body was found by volunteers under a car on Tuesday after torrential rains swept through the area.

The death comes after another man died in flash flooding on Sunday near the Sicilian town of Scordia. His body was found by rescue workers, while his 54-year-old wife remains missing.

The storm, which has been causing widespread devastation in the area since Sunday, has now overwhelmed historic parts of Catania.

Heavy rains have turned the city’s Via Etnea high street into a river and its main square into a lake, while residents experienced power blackouts.

People in flood-hit areas shared footage of the devastation on social media, with Italian journalist Myrta Merline describing video of Catania and parts of Sicily hit by the floods as “frightening”.

Italy’s national fire department reported that rescue operations continued throughout the night of Tuesday into Wednesday with 620 rescue missions carried out by 186 firefighters.

On Tuesday, firefighters had carried out 300 rescues on cars stuck in the floods in Catania.

The mayor of Catania on Tuesday warned residents in affected areas to stay home.

“There are many trapped citizens who are asking for emergency interventions due to the extraordinary level of force reached by the rain,” Mayor Salvo Pogliese posted on Facebook.

“I urge the entire population to not leave home except for emergency reasons, because roads are overrun by water,” he added.

He also ordered the closure of schools on Monday, which continues until at least Wednesday, to allow the authorities to carry out their services and to ascertain “a precise assessment of major damage”.

“It’s obvious to everyone how the city is faced with a tragedy and almost unprecedented atmospheric phenomena.

“Nobody likes to close schools, but exceptional situations are responded with exceptional decisions,” the Mayor added.

Other public officials from around Italy expressed their sympathy for the devastation taking place in the south-east of Italy.

The Mayor of Venice shared footage of the floods in Sicily and Calabria, tweeting, “Solidarity with the community of Catania, in Sicily and Calabria and all areas which at this time are affected by floods and strong bad weather. Venice, at the forefront of combating the effects of climate change, is with you.”

Due to the continuing hurricane over the central Mediterranean, “the bad weather will persist in particular on Sicily, with heavy rainfall, mainly storms and intense winds from the east,” read a statement on the Department’s website.

Parts of Sicily have now been placed on orange alert (heavy rainfall, landslide and flood risk, while a yellow alert (localised heavy and potentially dangerous rainfall) has been issued for parts of Calabria and the rest of Sicily.

The weather warnings have been downgraded for the east of Sicily and the south of Calabria, which were placed under red alert on Sunday.

“The warning foresees the persistence of strong to gale force winds from the eastern quadrants, on Sicily, with gusts of strong gale or storms, especially in the south-east. Strong sea storms are expected along the exposed coasts,” the Department stated on Tuesday evening.

Italian weather website ilMeteo said the storm was expected to gradually worsen throughout the week, bringing more heavy rains and flooding on Thursday and Friday.

The Department of Civil Protection is expected to meet on Wednesday “to take stock of the situation” and make recommendations to local authorities.

Earlier this month, Italy saw historic levels of rainfall, with three national records broken in the space of a few hours in the northwest of the country on October 4th. 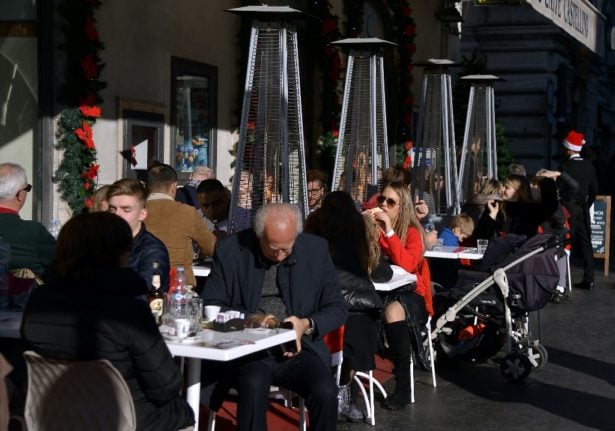