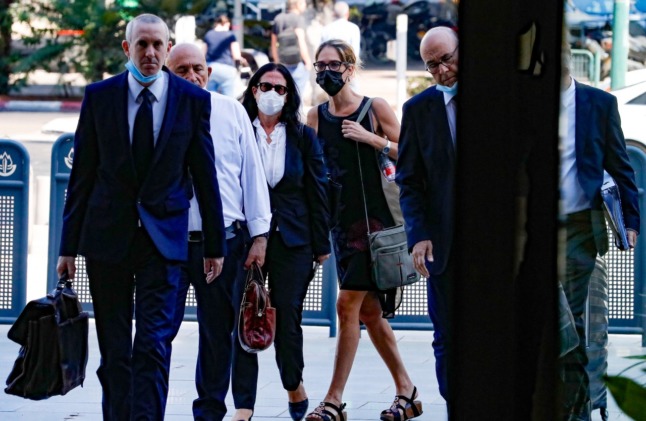 Aya Biran (4-L), a paternal aunt of Eitan Biran who was the sole survivor of a deadly cable car crash in Italy, arrives at the Justice Court in the Israeli coastal city of Tel Aviv on October 10th. Photo: Ahmad Gharabli/AFP

“After 84 days since he was illegally removed from his home, Eitan will now return to his routine life… to his friends in the neighbourhood and to school, to the community where he grew up and to his beloved cat Oliver,” the spokesman Eitay Har-Or told AFP.

The child’s departure to Italy comes after a months-long struggle between his maternal grandfather Shmulik Peleg, based in Israel, and his paternal aunt who lives in northern Italy, following the May accident in which Eitan’s parents and brother were killed.

In October, Shmulik Peleg drove his grandson from Italy to Switzerland and then flew with him to Israel on a private jet, prompting an Italian kidnapping probe and questioning by Israeli police.

On October 25, an Israeli family court ruled that the boy be returned to his family in Italy, and his grandfather lost an appeal against the decision on November 12.

Israel’s supreme court upheld the ruling on Monday. The accident in the Piedmont region killed 14 people and was one of Italy’s
worst in over two decades.