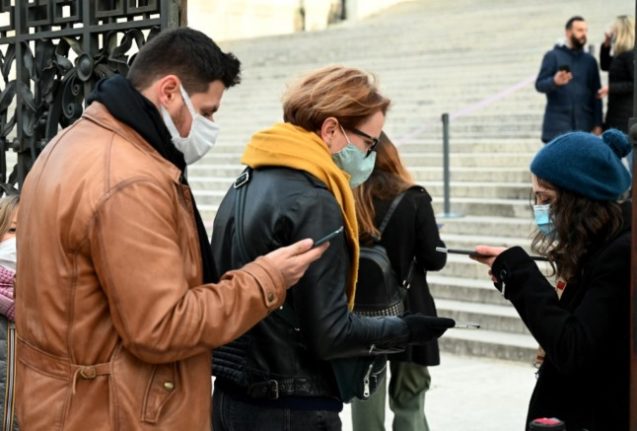 Italy has been requiring a ‘green pass’ or health certificate within the country as well as for travel since August.

From Monday, a ‘super’ or rafforzato (strengthened) version of the green pass will only be available after vaccination or recovery, and no longer in case of a negative test result. It will be needed to attend sports events, concerts, theatres, indoor restaurants, and more.

The basic version of the green pass, which can also be obtained with a negative test result, will still be accepted in workplaces and on public transport. It will also now be required at hotels for the first time.

Doubts remain on Monday as to how the rules will be enforced on public transport, particularly at peak times.

Some activities, such as having a coffee at the bar of a cafe and dining outdoors, are allowed without any green pass at all.

The measures, which Prime Minister Mario Draghi says are needed to “preserve normality”, will be in place until at least January 15th, with the possibility that they will be extended further into 2022.

The Italian government on Sunday also revealed additional rules meaning that, for many venues, the green pass requirements would apply differently depending on which coloured zone each region is in.

In most cases, the rules are to be tightened if a region is declared a higher-risk ‘orange’ zone. In this situation, many venues and businesses which would have previously been closed down under orange zone restrictions can remain open but will require the ‘super’ green pass.

At the moment, all of Italy is either a low-risk ‘white’ or ‘yellow’ zone under Italy’s four-tiered system of  risk assessment, which has been in place since October 2020.

The two regions classed as yellow zones – Friuli Venezia Giulia and Bolzano – both border Austria, a country in partial lockdown due to the infection rate there.

These and other Italian regions could in theory be declared orange zones within weeks if numbers continue to rise.

The Italian government is relying heavily on the green pass system and the relatively high vaccination rate to keep the infection, hospitalisation and death rates down as another wave of contagion sweeps Europe.

However, Italy is currently faring better than many of its neighbours, with 15,000 cases out of a population of 60 million reported on Sunday.

Healthcare workers in Italy already have to be vaccinated under a law approved in April, but from December 15th the obligation will be extended to school staff, police, and the military.

Booster jabs are also being made available to all over-18s as of December 1st.

Almost 85 percent of over 12s have been vaccinated, health ministry data shows on Monday, and jabs will soon be available for younger children in Italy.