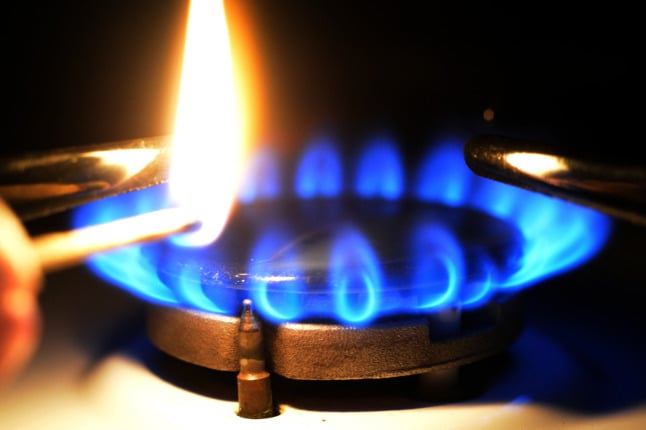 Household bills in Italy are set to spike from January 1st. Photo by DAMIEN MEYER / AFP

A record hike in the cost of household bills is due to come into effect from Saturday, at an increase of 55 percent for electricity and 41.8 percent for gas.

The figures are much higher than estimates warned of only earlier this month, which were predicted to be anywhere between 17 and 25 percent for electricity and up to 50 percent for gas.

The increases for the first quarter of 2022 decided by the Regulatory Authority for Energy Networks and Environment (Arera) mark a new high after a series of increases over the past year.

Although the latest price hikes are historically steep, Arera claimed that they would have been even more if it weren’t for financial support from the government, reported news agency Ansa.

Italy has approved almost €4 billion to contain the effects of price increases in the electricity and natural gas sectors in its Budget Law 2022.

Without it, these latest price rises of wholesale energy products would in fact have led to an increase of 65 percent for electricity and 59.2 percent for gas, according to Arera.

“The budget intervenes with a package of measures strongly desired to counteract the increase in energy bills,” stated economic development minister Giancarlo Giorgetti.

“These are measures that will be further strengthened by the government, which considers it a priority to support our industries and families at a very delicate time,” he added.

The changes will affect some 29 million families and six million businesses.

Estimates on how much the bills will actually cost vary. According to Arera, the new tariffs will translate into an expenditure of more than €2,300 between April 1st 2021 and March 31st 2022.

Meanwhile, consumer groups claimed that families can expect to face a greater expenditure – of an extra €1,008 in 2022 (€441 for electricity and €567 for gas), according to the Consumers Union, or an added €1,119 according to the calculations of Codacons.

Some consumer associations claimed the government’s measures don’t go far enough and have appealed to the EU to impose fixed prices.

Italy isn’t the only country to be affected by surging energy costs. Europe as a whole is facing soaring power prices as its economy recovers from the coronavirus pandemic, while natural gas reserves on the continent are at a worryingly low level.