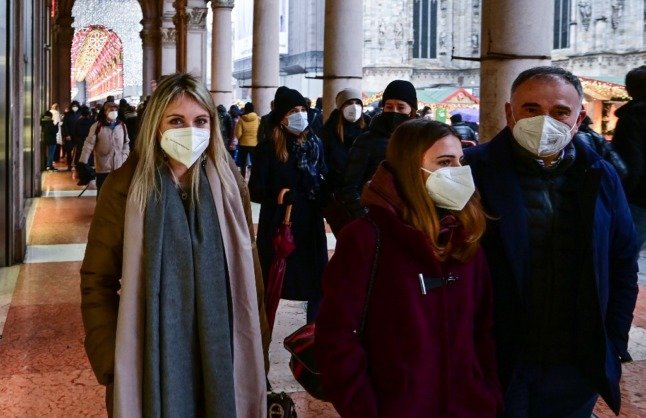 Italy will no longer enforce health measures under its tiered system as the country relies increasingly on vaccination. Photo: Miguel Medina

“if a region ends up in the red zone, the related limitations will not affect vaccinated people,” stated Italian Health Minister Roberto Speranza at a press conference on Wednesday night announcing the contents of an incoming decree.

A government press release clarified that red zone  restrictions will not apply to anyone with a ‘super’ green pass – the name given to Italy’s Covid health certificate issued based on vaccination (with one or more doses) against Covid-19 or a certificate of recovery from the disease.

This is as opposed to the ‘basic’ version of the Italian green pass, which can also be issued based on a negative test result and is valid in limited circumstances.

For those who remain unvaccinated and who do not have a recent recovery certificate, rules under zone restrictions will continue to apply.

The rule change announced on Wednesday means Italy’s system of zone restrictions, in place since November 2020, has effectively been scrapped for those who are vaccinated or recently recovered.

No additional restrictions are placed on those with a ‘super’ green pass if a region is declared a yellow or orange zones under Italy’s existing rules.

Nationwide health measures, such as the mask mandate in public areas, will also continue to apply regardless of vaccination status.

The new decree is aimed at simplifying Italy’s mass of Covid-19 rules and restrictions as the country’s health situation continues to improve, and as some rules are increasingly seen as obsolete amid Italy’s growing reliance on the use of vaccine passes.

Prime Minister Mario Draghi promised on Wednesday night to “continue to advance on this path of reopening”, saying ministers would soon announce a timeline for easing restrictions.

The government had been promising to review the use of its coloured zone system since mid-January, as its usefulness was called into question.

It was initially used to place tighter restrictions on movement in areas where the risk of contagion and pressure on hospitals was deemed dangerously high.

No further details about how zone restrictions will apply to the unvaccinated under the new decree were immediately available on Thursday.

More information, including the date when the decree comes into force, will be confirmed once the full text has been published; multiple Italian media outlets have suggested the new rules are likely to take effect from Monday.

Nearly 88 percent of Italy’s population over the age of 12 has now been vaccinated and around 34 million people have received a third dose, according to the latest health ministry data.