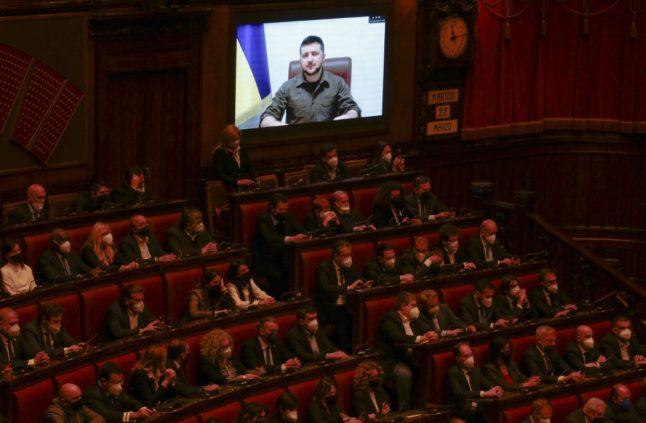 Italy’s MPs gave a standing ovation to Zelensky as he delivered the latest of a series of video speeches to Western parliaments in an effort to drum up support following Russia’s invasion of his country on February 24th.

“Don’t be the place that welcomes these people,” Zelensky told lawmakers in Italy, which has long  been a top holiday destination for Russia’s elite, known to own luxury villas from Tuscany to the island of Sardinia and moor superyachts in the country’s ports.

“We must freeze them all: freeze their properties, their accounts, their yachts, from Scheherazade to the smallest. We must freeze the assets of all those in Russia who have the power to make decisions,” he said.

Rome has so far seized over 800 million euros worth of assets belonging to EU-sanctioned Russian oligarchs, including a 530-million-euro yacht, Prime Minister Mario Draghi said after Zelensky’s speech.

Italy recently urged other countries to move quicker on sanctions, while Italian authorities themselves are under public and political pressure to seize more Russian oligarchs’ wealth in the country.

The ownership of the multi-million-dollar mega yacht Scheherazade, docked on the Tuscan coast, is currently the source of speculation that it belongs to a Russian oligarch, or even perhaps President Vladimir Putin himself.

Have a look at this wonderful yacht called Scheherezade. It’s been talked about for a while. The rumour is it belongs to Vladimir Putin. But there is not much proof, only talks. And that's why it hasn’t been arrested yet. It just sits there in the port of Carrara (🇮🇹). pic.twitter.com/1vnYDREc0Z

There was initial concern that Italy would hold back from enforcing tough sanctions on Moscow due to longstanding relationships between Italian political powers and the Kremlin.

The two countries’ ties date back to the Cold War. But things changed in 2021, when Prime Minister Mario Draghi took office with a strongly pro-European, pro-NATO stance.

Though several of the parties in Draghi’s coalition government have close ties with Russia, from Silvio Berlusconi’s Forza Italia party to Matteo Salvini’s far-right League and the once anti-establishment Five Star Movement (M5S), all have condemned Russia’s invasion of Ukraine. 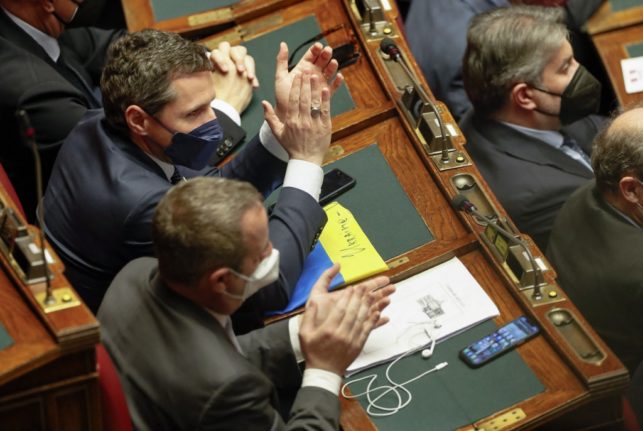 Italy has also taken in 60,000 Ukrainians, mostly women and children, who have fled their homeland.

Zelensky thanked Italy for the support it has given his country, saying: “Dozens of (Ukrainian) children are in your hospitals and we are grateful.”

“In Italy the first child has been born to a mother who was forced to flee from a war provoked by a single person.

“You have shared our pain from the first day, helping the Ukrainians with your warmth and your strength”

Zelensky – whose speeches to countries’ parliaments are carefully targeted at the local audience – also raised the spectre of mass migration to Italy from countries hit by a food crisis caused by the war.

Historically, Ukraine has been a grain-exporting breadbasket for the world.

It also supplied many aid agencies, with the UN’s World Food Programme buying nearly half of its global wheat supplies from it before the war.

“We don’t know when we will have the harvest, and if we can export,” Zelensky said.

“We can’t export corn, oil, wheat, so many products that are absolutely necessary for life.

“And this also affects your neighbours across the sea. Prices are rising, tens of millions of people will need help off your shores,” he said.

Italy has been on the front line of migration into Europe for years, with hundreds of thousands of people fleeing conflicts or climate change attempting the perilous Mediterranean crossing in recent years from the coasts of north Africa.