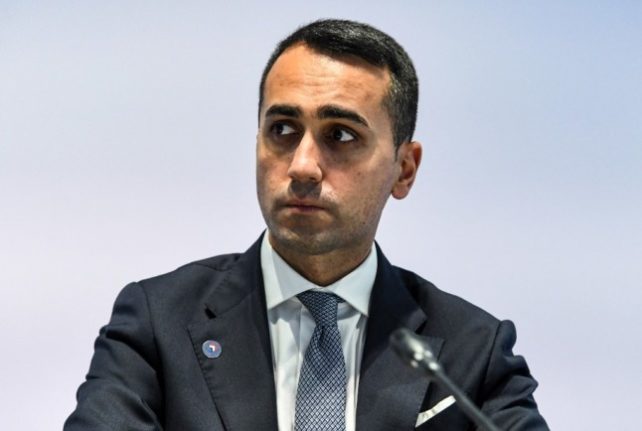 He had chaired the committee which ensures the once anti-establishment party’s statutes are respected, and validates candidacies for national and local elections.

“In recent days the internal debate has degenerated. They started talking about splits, trials, pillorying. They tried to target and discredit my person,” Di Maio said in a Facebook post.

“I want the freedom to raise my hand and say what is wrong or what could be improved. We win and we lose together because we are a community based on pluralism of ideas, especially in this difficult moment for the Five Star Movement,” he added.

In particular the foreign minister wants the freedom to speak out against M5S leader and former premier Giuseppe Conte.

The two men have been at loggerheads in recent weeks over the presidential election, after the failure of the party’s candidate Elisabetta Bettoni, who had been proposed by Conte.

Incumbent President Sergio Mattarella gained re-election and was sworn in Thursday for a second term, after parliament begged him to stay on to stave off a looming political crisis.

Italian media commented at length on Di Maio’s loud applause in the Chamber of Deputies when Mattarella won an absolute majority for a new seven-year term.

The foreign minister had warned that the M5S leaders would have to answer to activists and he now wants a free hand to confront his internal opponent.

“I have decided to resign from the Guarantee Committee of the Five Star Movement,” wrote  Di Maio in a letter addressed to Conte.

Opinion polls suggest Di Maio could come out on top in the party struggle.

A series of four polls conducted after the presidential election at the end of January, showed the movement stagnating at 13-15 percent of the popular vote.

Conte is credited with only 36 percent of favourable opinions, compared to over 50 percent six months ago.

Meanwhile, Di Maio has received the support of several party deputies and activists on social networks.

Born in 2009, the M5S is an atypical movement in terms of its organisation and ideology, neither right nor left, and has built itself as an alternative to the “establishment” parties, but its transformation into a governing party is creating recurrent internal tensions.