A total of 11 people face charges as part of an investigation into the alleged irregularities in the funding of Open, a group that backed Renzi’s political activities.

Renzi, a former mayor of Florence, accused prosecutors in the Tuscan city of abusing their power during their probe, which has dragged on for years and which he insists will “draw a blank”.

“I am innocent,” the 47-year-old told Radio Leopolda.

A pre-trial hearing has been set for April 4th, and a judge will decide whether there is enough evidence to proceed to a full trial.

The probe, which began in 2019, followed allegations money from the Open foundation was illegally used by Renzi during his rise from mayor to head of the centre-left Democratic Party (PD) before becoming prime minister in 2014.

Prosecutors argue Renzi was the de facto director of Open, which received 3.5 million euros from wealthy backers – money he and allies spent on political activities.

One such expense was the chartering by Renzi in 2018 of a jet for 135,000 euros – paid for by Open – to get him to a Robert Kennedy memorial service in the US, according to Repubblica, which cited prosecution documents.

The probe also targets another 10 people including two ex-ministers close to Renzi, plus four companies, one of which is British American Tobacco Italia.

Renzi stands accused of the crime of illegal financing of political parties, along with former president of Open, Alberto Bianchi, and ex-ministers Maria Elena Boschi and Luca Lotti.

Among the alleged crimes are illegal party financing, corruption, money laundering and trafficking of influence. 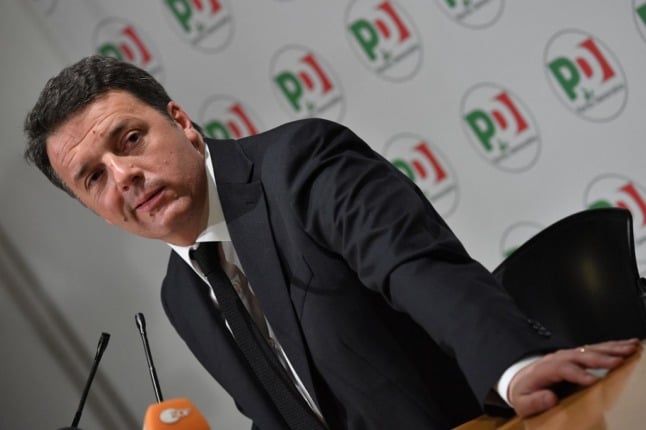 Renzi, now leader of the centrist Italia Viva party, accused the prosecutors of a “hate campaign” against him and his family.

“They’ve got the wrong man. I’m not afraid. I want truth and justice,” he said.

Renzi is nicknamed “il rottamatore” (the wrecker) – some say due to his habit of bringing down coalition governments, including his own in 2016.

At the age of 39, he became Italy’s youngest-ever prime minister since Benito Mussolini. But his centrist policies and increasingly arrogant style antagonised trade unions as well as the broader public.

He led a referendum campaign for constitutional reforms in 2016, but it turned into a plebiscite against him and when he lost, he was forced to quit.

Renzi later broke with the PD and founded the small Italia Viva, which is part of Prime Minister Mario Draghi’s national unity government.