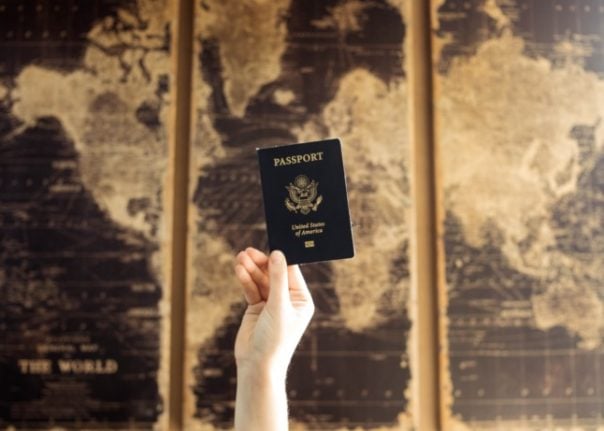 Photo by Annika Gordon on Unsplash

In March 2020, the US State Department ordered embassies across the world to limit the services they offer to citizens abroad.

Embassies have gradually reopened in step with their host countries, but one service remains off the menu at the major embassies in Europe — the process of renouncing American citizenship.

For nearly two years, Americans have been unable to begin the process of renouncing their US citizenship. But why, when the US allows dual citizenship with many countries, would anyone want to hand in their passport in the first place?

Some, like Joshua Grant, are disenchanted with American politics and want the right to participate in the political process of their new home country. Originally from Selma, Alabama, Grant has lived in Germany for over a decade and has been attempting to renounce his citizenship since he and his partner married in 2020. (While the US allows dual citizenship with Germany, Germany generally requires naturalized non-EU citizens to cut ties with their country of origin. Although the laws are set to change.)

Others — like United Kingdom’s Prime Minister Boris Johnson  are so-called “accidental Americans”, US citizens who have spent little to no time in the United States and only got their American passport through an accident of birth. (Johnson was born in New York while his father was studying at Columbia University).

The reason Johnson eventually renounced his citizenship, and far and away the most common reason for it is tax-related, since all US citizens – even if they have never earned money in the US and have barely spent any time there – are expected to file an annual tax declaration with the IRS.

And recent legislation has made things even more complicated for US citizens abroad. The Foreign Account Tax Compliance Act (FATCA) of 2010 has made it mandatory for foreign banks to report accounts held by US citizens to the IRS – or face penalties themselves.

Are you an American living in Europe trying to renounce your US citizenship? We’d like to hear from you and to hear how it’s affected your life. Please email us at [email protected]

European banks were expected to comply with FATCA by 2020. As financial institutions have become stricter about reporting accounts to the IRS in the leadup to the 2020 deadline, some American citizens abroad have faced a higher tax burden.

Other US citizens have found European banks reluctant to allow US citizens to open accounts, or even bar them altogether. Coupled with new taxes introduced under ex President Donald Trump and his successor Joe Biden, it’s made the prospect of returning their US passport attractive to many.

How many Americans renounce citizenship yearly?

The pent-up demand for appointments to renounce citizenship is difficult to calculate, experts say, considering we don’t even have firm numbers on how many Americans undertake the process each year.

The IRS publishes a quarterly list of names of people who have successfully expatriated, but they’ve acknowledged the list is problematic – it often includes people who returned their green cards rather than renounced citizenship, and some names aren’t published until months or years after the event. Some lawyers interpret the statue to mean only expats over a certain income threshold need to be included in the list, while others argue it should include every case. The IRS hasn’t made clear what criteria they consider for inclusion.

The FBI also tracks expatriations in the National Instant Criminal Background Check Index, and the FBI and IRS’s tallies vary wildly. For example, in 2020, the IRS reported 6,705 expatriations while the FBI only added 3,764 names to their list.

Several outlets—including the Guardian and Axios—have cited an estimate by a in international tax lawyer based in Poland that as many as 30,000 expatriation applications would have been filed since March 2020 if embassies had been open for business as usual. Given that successful expatriations have ranged between 1,000 and 6,000 a year since the early 2000s, this would represent an unprecedented increase.

Joshua Grant says that his delayed expatriation has been more a frustration than a practical issue — he’s lived in Germany for more than a decade and has already established permanent residency.

“It’s not so much that I’m impaired, it’s more psychological,” Grant says. “I just want to move on with my life”

“More than a year into this process, I really thought I was going to be able to vote in the last German election.”

But for some, the shutdown of applications has had serious financial consequences.

Some “accidental” US citizens living in Europe have had bank accounts closed and mortgages denied as banks come into compliance with FATCA, the Washington Post reported in mid-2020. If they could only renounce their unwanted US citizenship, they say, things could return to normal.

In late 2020, group called the Association of Accidental Americans filed a lawsuit against the State Department in a US District Court in Washington, DC, alleging mishandling of the expatriation process. According to leader Fabien Lehagre, the suspension of services for renouncing citizenship even as embassies resume non-immigrant visa services to foreign nationals is unconstitutional.

“Giving up nationality, or voluntary expatriation, is a natural right which all men have,” Lehagre writes on the AAA website. “The US administration is not above the laws and Constitution of the United States. It cannot deprive us of the fundamental right of renunciation.”

Lawyer for the AAA Marc Zell told The Local: “The lawsuit has made an impact.

“This comports with information we have received from other sources. We are open to resolving this dispute consensually.  What is important is that US citizens, accidental Americans and others, are able to exercise their fundamental right to expatriate as soon as possible. Our lawsuit is one way to make this happen.”

When will renunciation appointments be available?

A spokesperson for the State Department didn’t directly respond to questions from The Local as to why appointments to renounce citizenship remain off-menu when other services that require in person appointments have been reintroduced.

“The health and safety of both our workforce and customers remains paramount,” the spokesperson said. “US embassies and consulates are working to resume routine services on a location-by-location basis depending on a wide variety of factors, including public health data, host country and local mandates, and local conditions.”

Asked why none of the major US embassies offer expatriation appointments even as the risk of Covid has subsided in several European countries, the spokesperson said that the Department wouldn’t comment since “this is the subject of ongoing litigation,” seemingly referring to the Association of Accidental Americans lawsuit.

Are you an American living in Europe trying to renounce your US citizenship? We’d like to hear from you and to hear how it’s affected your life. Please email us at [email protected] 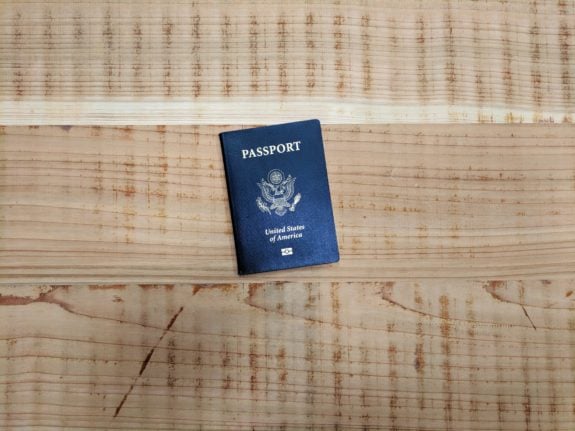 DRIVING
COMPARE: Which countries in Europe have the strictest drink-drive limits?

The US State Department’s ‘online payment program’ allows adult Americans in Italy to pay to renew their passport over the internet, according to a recent announcement published on the website of the US embassy to Italy.

The scheme means US citizens can now apply to renew their passport without having to make an in-person appointment at the US embassy or a general consulate in Italy, as was previously the case.

Applicants can pay the $130 renewal fee via the US government’s secure payment site and will then need to post their application documents to the embassy or a consulate (a tracked courier service is highly recommended).

Once the new passport is ready, they can opt to collect the travel document in person or receive it via courier, completing the entire process remotely.

The announcement states that the service, which opened on May 22nd, is open to US citizens over the age of 16 who are officially resident in Italy or the Republic of San Marino – with some restrictions.

To be eligible for the online payment service, applicants must have been at least 16 years old when their most recent passport was issued, and the passport should have been issued no more than 15 years ago and should have a 10-year validity period.

The applicant must have a valid Italian mailing address and be able to send their undamaged passport to the US embassy or one of the general consulates in Florence, Milan or Naples.

Parents can not use the service when applying for new passports for their minor children under the age of 16, but must continue to apply in person.

16 and 17-year-old applicants require parental consent and must make an appointment to apply in person, though they can still make the payment online.

The announcement highlights that the service is available only for the renewal of passport books, and not passport cards.