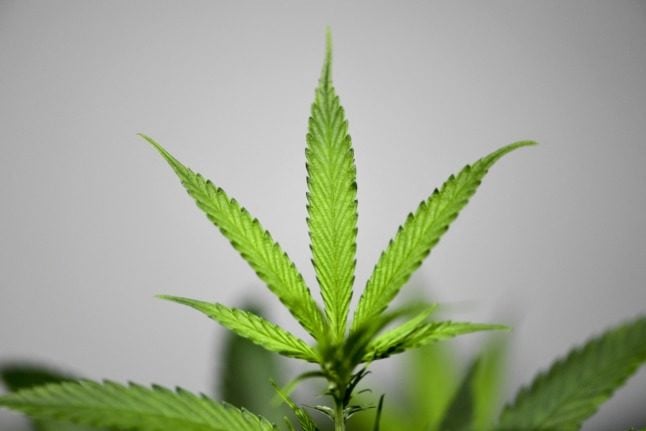 The referendum proposal sought to legalise the growing of cannabis for personal use and ease sanctions on other related crimes, with offenders no longer risking prison sentences for selling small amounts of the drug.

The ruling came on the same day the court blocked a referendum bid to decriminalise assisted suicide, judging that it would not guarantee the “minimum protection of human life in general, particularly with reference to weak and vulnerable persons.”

READ ALSO: Is smoking and growing cannabis at home now legal in Italy?

One of the advocates for liberalisation, Benedetto Della Vedova of the centrist +Europa party, countered that the court’s ruling would “deprive Italy of a public debate and of a process of electoral reform on freedom and responsibility.”

The organisers of the planned referendum had garnered more than 630,000 signatures, arguing that cannabis was no more than dangerous than other legal substances like tobacco or alcohol.

And liberalising the law would have eased overcrowding in prisons, they said.

Currently, the penalty for growing cannabis is a prison sentence of between two and six years.

Opponents of the referendum, including the head of the anti-immigration far-right League party, Matteo Salvini, argued that liberalisation would encourage the use of both soft and hard drugs.

Cultivation and sale of marijuana has been illegal in Italy under legislation dating back to the 90s but inconsistent court decisions since then have caused confusion around the law.

In late 2019, Italy’s parliament voted to legalise the production and sale at tobacconists and other specialist stores of a weaker form of cannabis dubbed “cannabis light”, containing less than 0.3 percent of the psychotropic compound THC, only for the Italian Senate to block the legislation a few days later.

A December 2019 Cassation Court ruling also established that cultivation is not a crime if it is “of minimal size and carried out in a domestic form, through rudimentary practices and on a scarce number of plants” – but did not specify exactly what constitutes small-scale cultivation or how many plants could be considered legal.

Medical marijuana has been legal in Italy since 2013. In 2020, the region of Sicily passed a decree making it available free of charge to all patients who had been prescribed the drug to treat conditions such as chronic pain, cerebral palsy and multiple sclerosis.