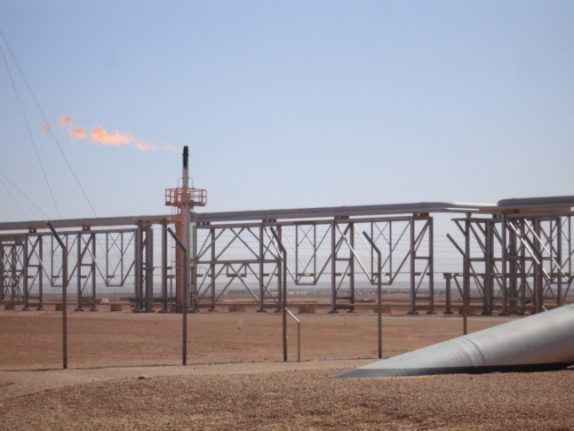 Prime Minister Mario Draghi’s cabinet agreed that “if necessary”, Italy could reduce “the gas consumption of power plants currently active through maximising production from other sources”, according to a government statement.

“We are preparing for a war economy, hoping not to get there,” undersecretary of state for foreign affairs Manlio Di Stefano told Rai Radio 1.

“Preparing for a war economy means that if gas supplies from Russia are interrupted, Italy will have to be ready to restart coal-fired power plants too.”

Russia last week invaded its pro-Western neighbour, prompting international outrage and causing the United States and its allies to impose sanctions on Moscow.

The conflict has also sparked alarm among countries like Italy which depend on Russia for its energy needs.

Foreign Minister Luigi Di Maio visited Algeria Monday, tweeting that he was there to “discuss strengthening bilateral cooperation, in particular to address European energy security needs, in the light of the conflict in Ukraine”.

“Our goal is to protect Italian companies and families from the effects of this terrible war,” he told reporters later, without giving any detail on how much extra gas the North African country might provide.

He met with Algerian President Abdelmadjid Tebboune, the foreign and energy ministers and Toufik Hakkar, the head of Algerian state energy giant Sonatrach.

Sonatrach said on Sunday it was ready to increase gas supplies to Europe, notably via the Transmed pipeline linking Algeria to Italy.

Hakkar was quoted as saying in the daily Liberte that Europe is the “natural market of choice” for Algerian gas, which accounts for about 11 percent of Europe’s gas imports.

Di Maio was accompanied by a delegation that included Claudio Descalzi, head of Italian energy giant Eni, which is a partner of Sonatrach in Algeria.

Di Maio confirmed Italy was “committed to increasing energy supplies, notably in gas, from various international partners” — including Algeria, which he said had “always been a reliable supplier”.

Last week Draghi said that supplies could also be increased from Azerbaijan, Tunisia and Libya.