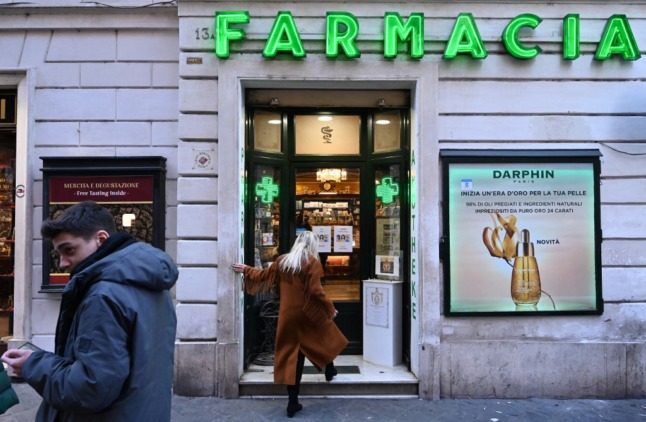 Pharmacies around Italy have reported a rise in demand for iodine tablets over the weekend following the escalation of the Russian attack on Ukraine, according to Italian media reports.

Local newspapers in regions including Veneto, Lombardy and Lazio reported over the weekend that pharmacies were seeing a sudden demand for iodine tablets, which in some regions can’t be purchased without a prescription, and iodine-based supplements.

Pharmacies in Rome said they first began getting requests for the tablets on Friday, after reports on Thursday of Russian attacks on Ukraine’s Zaporizhzhia nuclear power plant, the largest in Europe.

A pharmacist in Rome named Dr. Longo said he “strongly advised” those who had asked for iodine not to take it unless on the advice of their doctor. “Unfortunately stockpiling harms those who really need the drug for thyroid disease, and can’t find it,” he told newspaper Repubblica.

A pharmacist named Valentina at Rome’s Mariani Pharmacy said that her suppliers were running out of iodine supplements, describing the new demand for them as “completely anomalous”.

She compared the rush to buy iodine pills to the surge in demand for Amuchina (a disinfectant) and Zytromax (an antibiotic medication) at the start of the Covid-19 pandemic, “which, by the way, now that they are back in stock, nobody wants,” she said.

While Italy has not reported the same surge in demand for iodine seen in France or Belgium in recent days, an increasing number of requests has led Italian health experts to warn the public against the risks of “do-it-yourself” iodine treatment.

“Rushing to buy iodine-based supplements is useless. On the contrary: it can be harmful,” Gianluca Aimaretti, president of the Italian Society of Endocrinology, told public broadcaster Rai.

Iodine, or potassium iodide (KI), also known as stable iodine, can be taken in the event of a nuclear accident to help protect the thyroid gland from radiation in the air.

The administration of iodine is part of Italy’s emergency strategy to reduce the negative health effects of people exposed to radiation in the event of a nuclear accident.

But Iodine tablets should only be taken in “appropriate doses and not as a preventive in the absence of radioactivity”, Sebastiano Venturi, a public health expert and specialist researcher on iodine usage, told Repubblica.

Marcello Bagnasco, president of the Italian Thyroid Association (Ait) and specialist in endocrinology, nuclear medicine and clinical immunology, warned that “uncontrolled use” of the tablets could lead to a harmful buildup of iodine in the body.

“If you take iodine tablets without the doctor’s advice, an excess of this element can cause side effects such as, for example, an increase in the incidence of autoimmune diseases,“ he told Repubblica.

In order for the tablets to be effective, they should be taken no more than 24 hours prior to or eight hours after exposure to radiation, according to the Italian government’s plan for emergency administration of iodine to the population referencing World Health Organization guidance.

While Italy itself does not have any active nuclear power plants (it has had four, but closed the last two following the Chernobyl disaster) the country has a national emergency plan for handling “radiological and nuclear emergencies” which contains “measures necessary to deal with accidents that occur in nuclear plants outside the national territory”, according to the Civil Protection Department’s website.

The emergency plan states that, if it were deemed necessary, stocks of iodine tablets held in Italian pharmacies would be distributed by the Department for Civil Protection or by local health authorities.

The Italian Health Ministry and the Department for Civil Protection have this week begun a stock check of iodine supplies held in pharmacies around the country, according to Italian media reports, starting in the north-eastern region of Friuli-Venezia-Giulia. 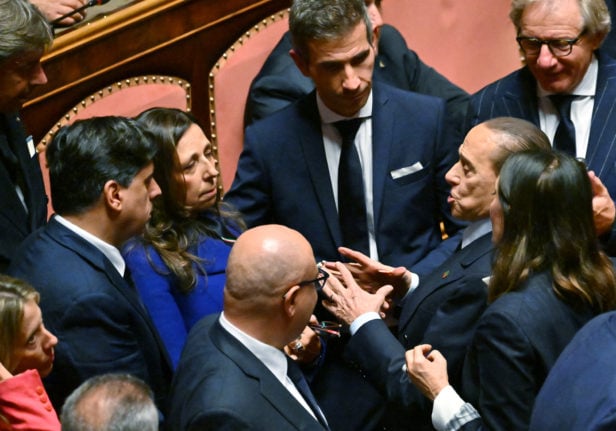