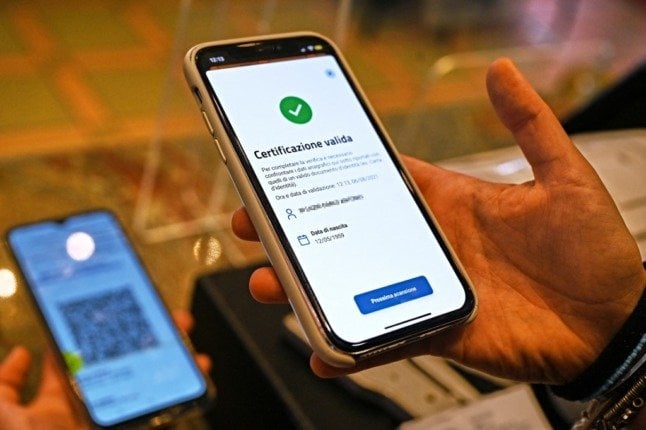 Despite a recent rise in the coronavirus infection rate in Italy, the government is expected to go ahead this week with a planned decree setting out its ‘roadmap’ for lifting the ‘super green pass’ requirement and other measures.

An announcement is expected on Thursday, March 17th,, following a government cabinet meeting on Wednesday, according to Italian media reports.

The country has been waiting for updates since February 7th, when Prime Minister Mario Draghi said details of plans to end restrictions would be published “soon”.

On February 23rd, Draghi announced that Italy’s Covid state of emergency would end on March 31st, and confirmed plans to “gradually” lift the ‘super green pass’ requirement from April.

So far, there has been no official confirmation of any planned changes from April 1st onwards.

However, Italy’s deputy health minister Andrea Costa told Radio Anch’io last week that, from April 1st, the obligation to show a health pass is likely to be removed from some venues.

“Right from the start there will be situations where the green pass will not be necessary,” he said.

“For outdoor areas in bars and restaurants for example, from April it will no longer be necessary to request the green pass. And then by summer there will be no more restrictions.”

The decree is also expected to set out plans for ending the requirement to wear masks in indoor and some outdoor public places in Italy.

Italy is expected to take a more gradual approach to easing the rules than many other European countries. In France, for example, masks and health passes will no longer be required in almost all indoor venues from March 14th.

Italian media speculates that the rules will change several times throughout April, and green pass rules will be dropped completely by the end of May.

At the moment, almost all venues and services in Italy, including hotels, restaurants and public transport, require a ‘super green pass’ for access.

The ‘basic’ green pass requirement is expected to apply to hotels, restaurants, and public transport instead, as part of Italy’s push to encourage tourists to return.

The decree is not expected to contain any updates to Italy’s travel rules, which were last updated at the beginning of March.

The Local will publish updates on the incoming rule changes once more information becomes available. See the latest news here.