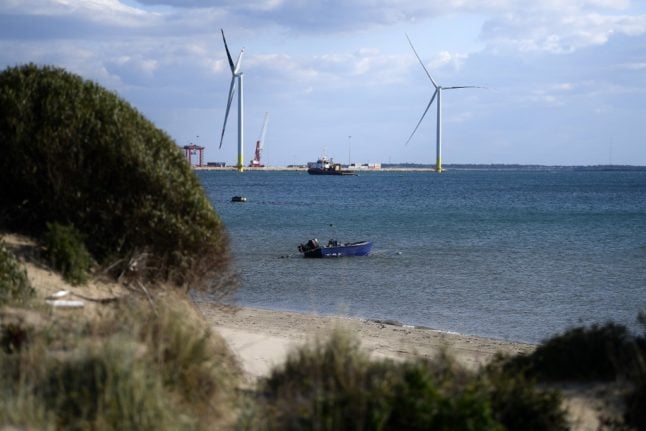 Wind turbines under construction at the Taranto offshore wind farm, thought to be the first in the Mediterranean. Photo by Filippo MONTEFORTE / AFP

The Beleolico offshore wind turbine park will stretch out from the port in Taranto, a southern city known for its polluting steel plant, down in the heel of Italy’s boot-shaped peninsula.

Italy’s cabinet has also recently approved six new wind farms to be built on land, from Sardinia to Basilicata.

After being held back for years by red tape, wind farms are now getting the go-ahead as Italy looks to renewable energy as the solution to its energy crisis.

Italy was among them – despite being one of the EU’s biggest users and importers of gas. At the moment, gas represents 42 percent of energy consumption in the country – which has no nuclear power, just two operational coal plants, and only 20 percent of its energy needs covered by renewables.

The Italian government last week pledged to stop using Russian gas by 2025, with its short-term strategy focused on increasing gas supplies from other countries as well as returning to domestic production.

But an “accelerated investment in renewables… remains the only key strategy in the long term,” Prime Minister Mario Draghi told parliament.

Once complete, the Beleolico wind farm off Taranto will have 10 bottom-fixed, red and white-bladed turbines, capable of powering 21,000 homes.

Renexia, the company behind it, says it also has plans for a vast floating wind farm with 190 turbines off the island of Sicily, which would produce energy for 3.4 million families and create hundreds of jobs. 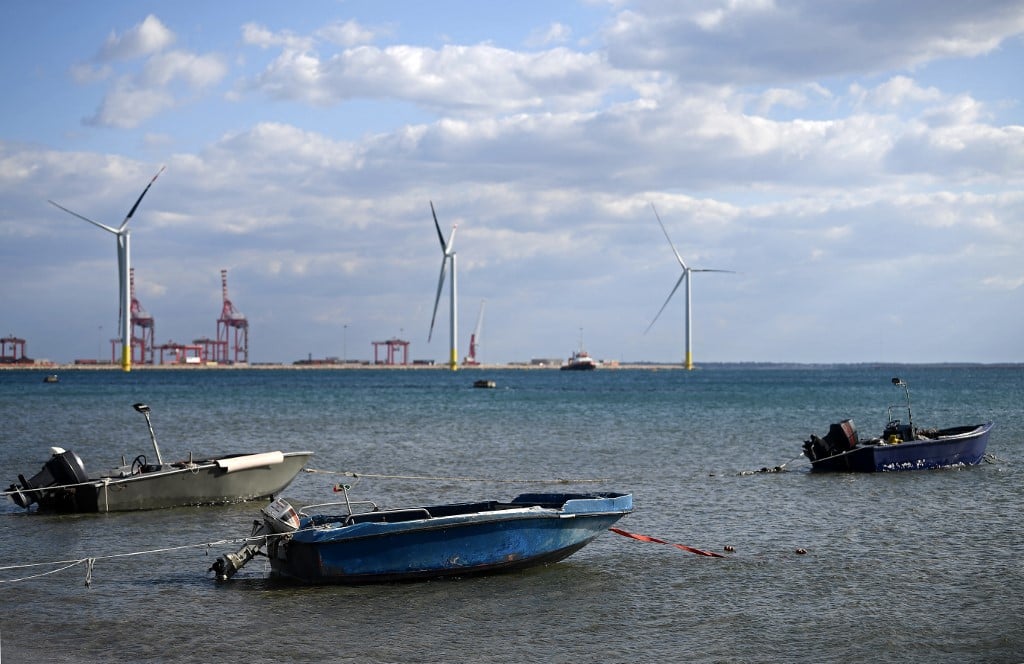 Italy’s Ministry for the Ecological Transition  has received 64 expressions of interest for floating offshore wind farms — but the number of projects held up by bureaucracy is “staggering”, WindEurope said. Beleolico, which Renexia hopes will be operational by May, has been 14 years in the making.

“Some (farms) are authorised after six, seven years, and the technology changes year by year and so the risk is that plants are authorised despite being outdated.”

Draghi insists the government “is working to streamline procedures, cut red tape and speed up investments”.

But Davide Tabarelli, economics professor and head of energy think tank Nomisma Energia, told AFP he was “amazed and stupefied” to see Draghi describe renewables as the “only key strategy”.

Beleolico “is constantly being thrown around as the immediate solution to the energy crisis, and the fact that we can do without gas, especially Russian gas”, he said.

But there are several “serious problems”, he said, not least the difficulties storing wind energy, for suitable batteries do not exist, leading to waste.

Rome’s vow that it is readying to cut the use of Russian gas is remarkable, he added, “as if, after 30 years of promises on renewables, the problem could be solved in the space of a few weeks”.

ENERGY
Lights out: How Christmas in Italy will be different this year
Url copied to clipboard!