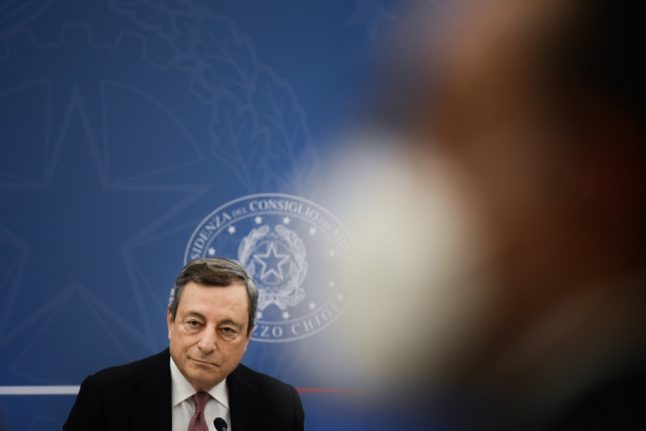 Italian Prime Minister Mario Draghi talks about a planned lifting of the country's Covid-19 state of emergency and rules imposed during the pandemic at a press conference in Rome on March 17th. Photo by Filippo MONTEFORTE / AFP

Prime Minister Mario Draghi confirmed on Thursday evening that his cabinet had signed off on the so-called decreto riapertura, or ‘reopening decree’, containing the timeline for easing the nation’s Covid restrictions

Under the decree, Italy’s health measures will be gradually eased between the start of April and mid-June, after the nationwide state of emergency ends on March 31st – two years and two months after it was first announced.

The green pass requirement is expected to end on May 1st, while Italy’s indoor mask mandate will end on April 30th, according to a draft text of the decree circulated on Thursday.

However, while Draghi confirmed at a press conference on Thursday evening that the decree had been approved, he did not go into details about what it contained.

The government approved “important measures that eliminate almost all the restrictions that have limited our behaviour,” Draghi said.

‘The government’s goal is to return to normality, the recovery of sociality, to reopen the economy and limit distance learning,” he continued. “This is now a state we have reached.” 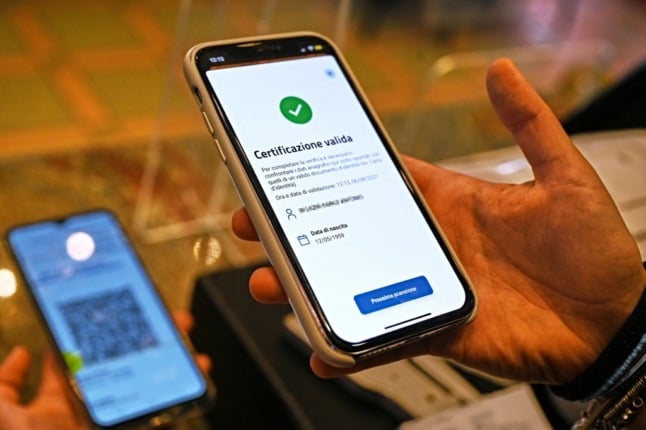 Health Minister Roberto Speranza confirmed at the press conference that Italy’s four-coloured ‘zone’ system of restrictions will no longer be used, and said unvaccinated employees aged over 50 would no longer be suspended from work without pay.

“It will be enough for them to have the basic green pass until April 30th”, he said, referring to the health certificate which can be issued based on proof of a negative test result as well as vaccination against or recovery from Covid-19.

He also confirmed that, as previously announced, the government is not planning to offer fourth vaccine doses to the entire population.

However, no further details were given about the contents of the new decree at the press conference, and the final text is yet to be published.

According to the draft, the requirement to show a ‘super’ or reinforced green pass in order to access public transport is expected to be lifted as soon as April 1st, when capacity restrictions are also set to be lifted at venues such as sports stadiums and nightclubs.

The government went ahead with the plans to lift the country’s health measures despite a rise in the coronavirus infection rate in Italy over the past two weeks.

However, Italy will relax the rules gradually over the coming months rather than all at once as in other countries such as neighbouring France and Germany.

At the moment, almost all venues and services in Italy, including hotels, restaurants and public transport, require a ‘super green pass’ for access, proving vaccination or recent recovery from Covid-19.

The decree is not expected to contain any updates to Italy’s travel rules, which were last updated at the beginning of March.

The Local will continue to publish further details about the new decree as they become available.