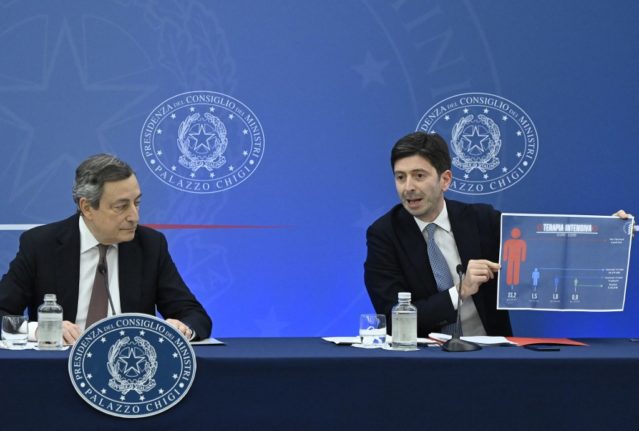 After two years and two months, Italy’s pandemic stato di emergenza, or state of emergency, comes to an end on Thursday, March 31st.

The date is largely symbolic for Italy, since the state of emergency in itself does not determine the health restrictions in place in the country. However, the government has also approved the easing of many pandemic-related rules from the very next day.

Italy will loosen Covid green pass requirements at many venues from Friday onwards – though Speranza reiterated that face masks would remain a requirement indoors and on public transport.

“The end of the state of emergency does not mean that the virus is gone or that the pandemic is over”. Speranza told Italian TV chat show ‘Che tempo che fa’ on Sunday, as he stressed that many health restrictions would remain in place for at least another month.

“Compared to other countries we have chosen a more gradual approach,” Speranza said.

“It is a new phase. It would be foolish to think we could manage the pandemic in the same way as a year ago”.

READ ALSO: How do Italy’s Covid rules change in April?

He said further rule changes planned for May 1st – when the mask mandate and green pass system are expected to end altogether – will be “evaluated” throughout April.

First declared in late January 2020, the state of emergency is the condition that has allowed the government to pass new laws quickly by decree in response to the quickly evolving health situation.

After being extended numerous times since, the state of emergency comes to an end as cases rise again in Italy and many other parts of Europe.

Despite this, Speranza said Italy can now “deal with a virus that is no longer unknown using different tools,” and stressed that the country “has a high rate of protection” thanks to 91 percent of the population being vaccinated.

The end of the state of emergency does mean Thursday is the last day General Francesco Figliuolo will serve as Italy’s emergency coronavirus commissioner.

After overseeing the pandemic response under Prime Minister Mario Draghi for the past year, Figliuolo will step down and the responsibility for management will be passed to civil protection and other government departments.

Italy’s technical-scientific committee (CTS), the panel of health experts which has advised the government’s every move on managing the pandemic, will also be dissolved as of March 31st.