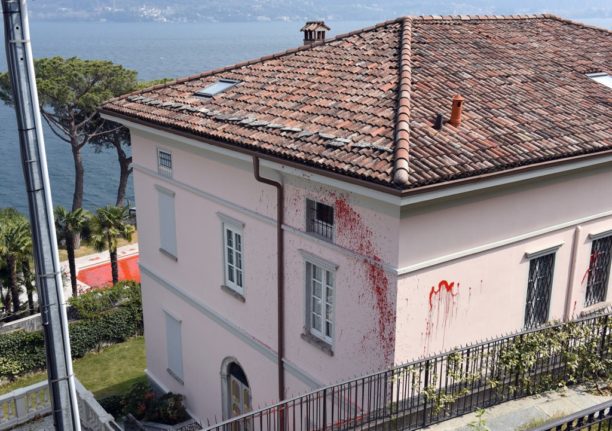 The wo vacation homes on Lake Como owned by Russian oligarch Vladimir Solovyev were targeted by vandals on Wednesday, according to reports.

The words “killer” and “no war” were sprayed onto the walls of one villa in Pianello del Lario, reportedly owned by Vladimir Solovyev, while the swimming pool overlooking Lake Como was coloured red, images from the Ansa news agency showed.

Italian authorities are also investigating a fire at another of Solovyev’s vacation homes in the nearby town of Menaggio.

Arson is suspected as tyres were used to start the fire, Ansa reported on Wednesday. 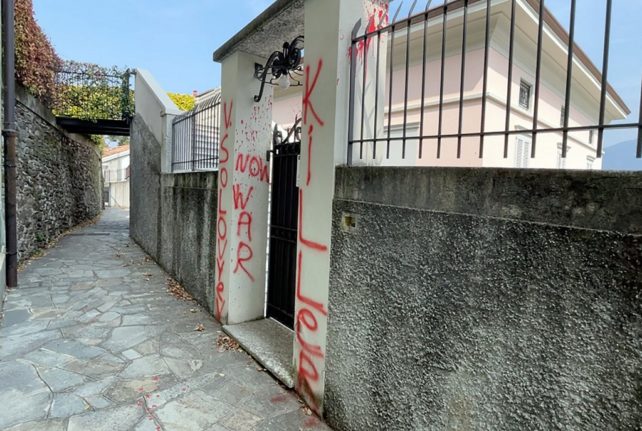 The villas, together worth some eight million euros according to the Italian government, are believed to be currently empty.

Solovyev, a prominent radio and television presenter, is considered the Kremlin’s most prolific and enthusiastic propagandist.

He has three villas in the area, all of which have been seized by Italian financial police as part of Western sanctions against those close to Putin.

Local fire chiefs played down the scale of the blaze after Italian media reported plumes of black smoke in the area.

“There is hardly any damage, it was burnt tyres that gave off visible black smoke,” he said. 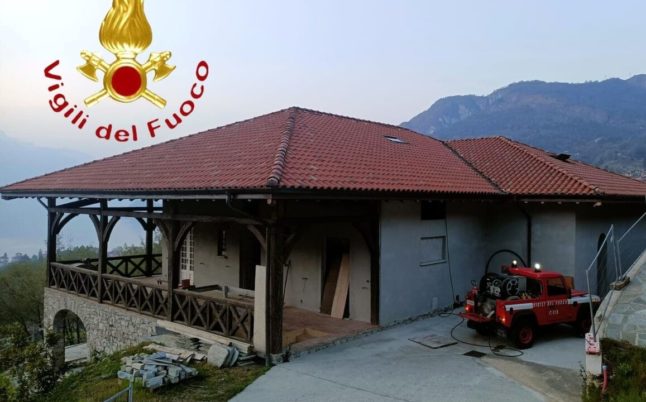 Menaggio’s mayor, Michele Spaggiari, told Italy’s AGI news agency that the fire appeared to be “a demonstrative act” causing little or no damage.

Spaggiari said Solovyev bought the property about five years ago.

Solovyev owns two houses on Lake Como that are worth a combined eight million euros, the Italian government said as it announced the property seizures last month.

The Italian government said on Monday that it has so far seized over 900 million euros worth of assets belonging to EU-sanctioned Russian oligarchs, including a 530-million-euro yacht.

Ukrainian President Volodymyr Zelensky at the end of March urged the Italian government to continue the seizures and to stop the country from being a playground for Russia’s ultra-rich.

“Don’t be the place that welcomes these people,” Zelensky told lawmakers in Italy, which has long been a top holiday destination for Russia’s elite.

“We must freeze them all: freeze their properties, their accounts, their yachts,” he said.