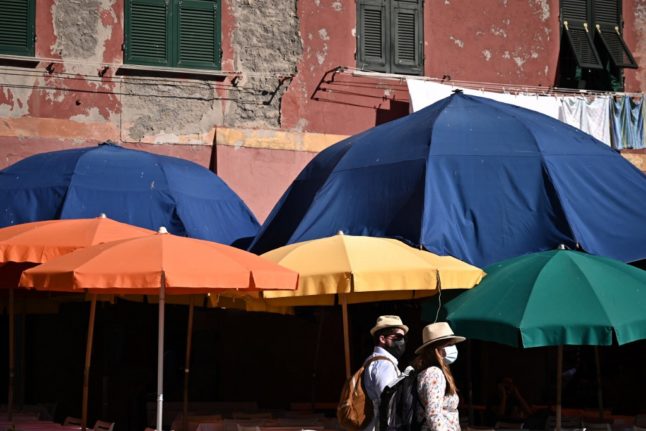 There are high hopes in Italy that tourism will return to pre-pandemic levels in summer 2022, after the country’s lucrative travel sector was hit especially hard by closures over the past two years.

But the season got off to a slower start than expected at Easter, with many people delaying travel plans again in part due to ongoing concerns about the Covid-19 pandemic.

Meanwhile, one recent survey by Yougov found that up to 40 percent of people in Italy and the UK and 32 percent in the US are reluctant to travel abroad this year due to “confusion over health requirements”.

With Italy keeping some of its health measures in place until at least June, are concerns about the pandemic and Covid rules putting you off visiting Italy again this year? Or are you confident that your long-awaited trip to Italy will go smoothly?

Please let us know your thoughts about travel to Italy this year by taking the quick survey below. We may use your answers in an upcoming article on The Local.

The strike has been organised by a range of national and regional trade unions in protest at the Italian government’s spending on the Ukraine war which, union leaders say, should be targeted instead at increasing workers’ wages and, in turn, families’ purchasing power.

Walter Montagnoli, national secretary of the CUB union, told SkyTG24: “The conflict needs to be stopped. […] Draghi’s government is taking military expenses to 2 percent of our GDP: national defence expenses will go from 25 to 38 billion euros, thus reducing the budget for healthcare, education, public transport, the construction industry and, naturally, pensions and wages.”

A number of demonstrations are set to take place in the country’s major cities tomorrow – Rome and Milan will likely see the bigger protests – and severe disruption to public transport is also to be expected.

Here’s a closer look at what those travelling on Friday should know before setting out on their journeys.

Railroad services will be affected for a period of 24 hours, from 9pm on Thursday to 9pm on Friday.

However, Trenitalia has already communicated that Freccia and Intercity trains will run regularly and essential regional services will be guaranteed in the following time frames: 6am to 9am and 6pm to 9pm.

If you’re travelling with Italo, the company has published a list of its guaranteed services on its website.

Local public transport in cities around Italy will also be affected by a 24-hour strike but the magnitude of the disruptions to regular services will depend largely upon the area of interest.

If you’ll be commuting, you’re advised to consult the website of your local transport provider before setting off.

The ENAC (Italian Civil Aviation Authority) stated that all flights between 7am and 10am and between 6pm and 9pm will operate as normal. However, they strongly suggest that travellers contact their airline to check the status of their flight before leaving for the airport.

Travelling by car might also be fairly problematic (or more problematic than it usually is) as motorway toll booth staff are set to strike from 10pm on Thursday to 10pm on Friday.

As a result, lines at some motorway entrances might be longer than they usually are.

As previously mentioned, Rome and Milan will likely be the most affected cities. So, here’s an update for their residents.

In Milan, underground trains will run regularly until at least 6pm, whereas buses and trams may not run between 8.45am and 3pm and after 6pm.

In the capital, local transport providers ATAC and TPL said services will operate normally in the following time slots: up to 8.30am and from 5pm to 8pm.

TRAVEL NEWS
EXPLAINED: Which Schengen area countries have border controls in place and why?
Url copied to clipboard!