Can you take your Italian driving tests in English? Photo by Bas Peperzak on Unsplash

One key part of life for many people making the move to Italy is ensuring they can continue to drive – especially for those who have decided to live in more remote areas with fewer public transport services.

If you’re a resident in Italy and want to drive on the nation’s roads, it’s mandatory to have an EU or Italian licence.

Note that visitors do not face this requirement, and those who have just moved to Italy will also able to drive using an existing licence – at first.

But once you’re a resident in Italy, the clock starts ticking down on how long you may be able to use the driving licence you already own before needing to take an Italian driving test.

A handful of non-EU countries have reciprocal agreements with Italy in place, meaning drivers can convert their driving licences without the need to take the Italian driving test.

But most people moving to Italy from outside of Europe don’t have this option, and instead have 12 months from registering residency (iscrizione anagrafica, which is when you register your Italian residence with your local Ufficio Anagrafe) to take and pass the Italian driving exams to get an Italian licence, known as the ‘Patente B’.

This includes people with licences from the United States, Australia, New Zealand, Canada and – at least for now – the UK, as these countries don’t have reciprocal driving licence agreements with Italy.

Many people have reported that a significant hurdle in achieving this is the Italian language requirement for both the theory and practical driving tests.

Can you request to take the Italian driving test in English?

There is some confusion around this as the rules changed a few years ago, but the short answer is no.

“The exam can be taken in Italy only in the Italian language and, upon specific request, in German and French,” confirmed ILC & Associates Law Firm to The Local.

“Previously this was different – that is, it could also be taken in English. But in 2012, Italy implemented EU legislation under which, in EU countries, the driving test had to be taken in the language of the country in which the test is taken.

“The only exceptions in Italy for the French and German languages were provided to meet the needs of linguistic minorities in Italy, namely the bilingualisms of regions Valle d’Aosta and Trentino Alto-Adige,” a represantative of the legal firm added.

You’ll need to get an Italian driving licence to legally drive on Italy’s roads. (Photo by Miguel MEDINA / AFP)

The ruling isn’t part of the Italian Constitution, which protects all minorities – “but an EU regulation that unfortunately represents a source of original law and therefore must be transposed directly by the government and in our case by the Ministry of Transport,” the legal experts clarified.

How difficult is it to take the test in Italian?

While some who’ve done it say the Italian driving test is “not as difficult as it sounds”, others have found the language barrier to be the reason they were unable to pass.

“My question is why can’t you take your driving test in English? Adding it as an option for taking the test would help,” says Njideka Nwachukwu, who moved to Italy in 2019. She failed the theory test and has to try again, at a further cost.

If you’ve just moved to Italy with a low level of fluency, this could mean just as much a course in Italian as road safety – especially as the theory test is renowned for being technical and the multiple choice questions are said to be linguistically tricky, even for Italians.

US citizen Jed Smith told us he studied the Driver’s Manual for six months before taking the theory test, because he was new to Italy and so the language in itself was a hurdle.

But even those who are confident about their general Italian language skills have told The Local that, despite their proficiency, the Italian driving test is source of concern.

“I can speak Italian, so, fingers crossed I should be okay with the theory test,” UK citizen David Kevin Tickle told us.

“However, it is written using precise vocabulary and requires knowledge of Italian to a high standard.

“If your Italian is anything less, then this becomes a severe language test; it tests your ability to read and understand Italian, and your knowledge of the Highway Code will not stand a chance.

“It should at the very least be available in an appropriate form for speakers of other first languages,” he added.

Rebecca Ann Hughes, a British freelance journalist living in Italy, said she also found the terminology “technical and formal”, even though she already had a good grounding of Italian to begin with. 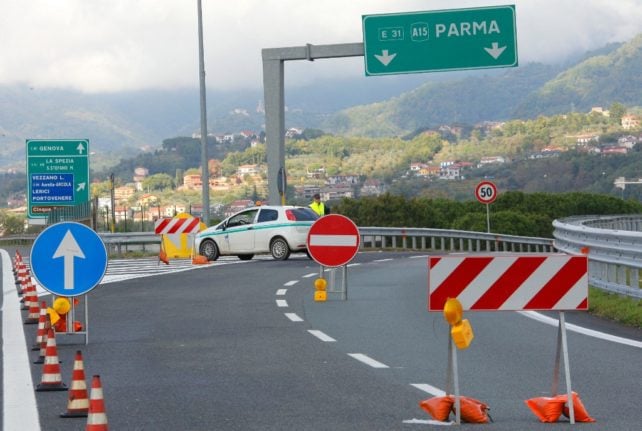 You can’t take the Italian driving test in English, even on request. (Photo by FABIO MUZZI / AFP)

Areas to read up on in your language revision are terms for engine parts, load limits for different vehicles and car tyre treads.

Candidates will need to take 30 true or false questions, of which you can only get three wrong for a pass.

It’s worth bearing in mind you have two shots at the theory within a six-month period, after which you’ll receive the ‘foglia rosa’, the pink slip.

This is a permit that allows you to proceed to the practical test, for which you can have three attempts in an 11-month period, according to the latest government guidance.

How can I prepare for the Italian driving test language?

One route is to go to an Italian driving school (autoscuola), who will not only help with all the paperwork of getting your Italian driving licence, but will also train you in the theory questions.

Once you consistently pass the practice tests, they’ll submit you for the theory exam.

To bolster these classroom sessions, you can revise in your own time by practising online and by studying the Italian Driver’s Manual. Here are some useful sites to help you prepare:

Once you’ve jumped over this hurdle, you’ll need to complete six hours of practical driving lessons and take the practical test in Italian.

To revise for the language you’ll need for that, see our guide here. 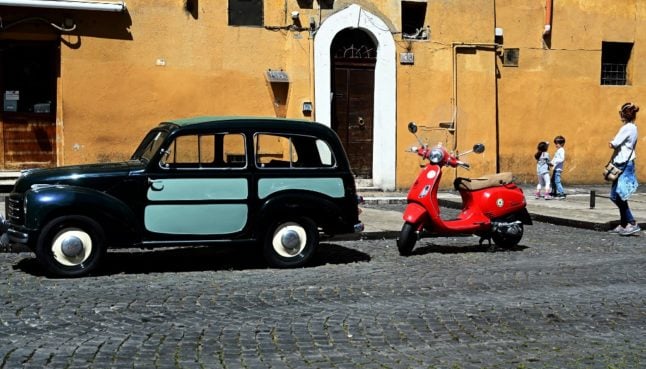 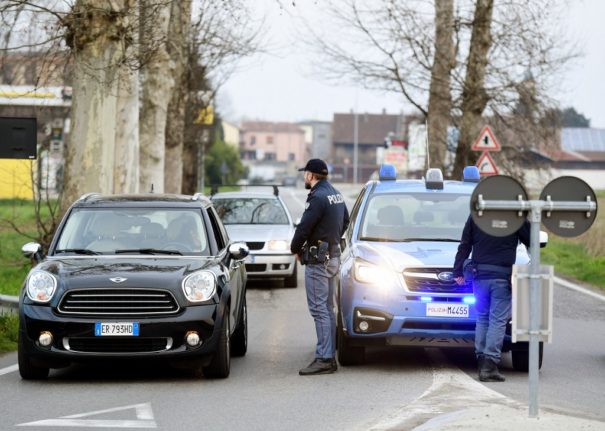 DRIVING
Why is it taking so long to book a driving test in Italy?

There are all sorts of reasons why people who’ve relocated to Italy may want to get an Italian driving licence, not least because of the potential lack of a reciprocal agreement (an arrangement allowing foreign nationals to exchange their licence with an Italian one) between Rome and their country of origin.

As things stand, people from the UK, the US, Canada, Australia and South Africa are not allowed to swap their ‘original’ licence for an Italian one.

And, while the Italian Highway Code states that non-EU nationals can freely drive in Italy on a foreign licence for up to one year from the moment they become Italian residents, drivers will be required to get an Italian licence at the end of that grace period.

Unfortunately though, the Italian driving test isn’t exactly a piece of cake and that’s largely because the theory exam, which candidates must pass in order to progress to the practical test, requires quite a bit of technical knowledge and cannot be taken in English.

READ ALSO: Do you have to take Italy’s driving test in Italian?

So, for those who are considering getting an Italian licence and might, one day, be faced with the dreaded quiz, here’s what the theory test is about.

For starters, once they have put in a request to take the theory exam, candidates have six months and a total of two attempts to pass it.

Foreign nationals are generally advised to take the test through a driving school (autoscuola) as they will not only help you with all the relevant paperwork but will also provide you with the adequate training regarding the exam questions.

That said, residents can also choose to take the test privately, which means that they’ll deal with their local licensing office (Ufficio di Motorizzazione Civile, which is roughly equivalent to the UK’s DVLA or the US DMV) directly and book their exam independently.

Regardless of which path you choose to go down, the structure and procedures of the test are the same for all candidates.

READ ALSO: Why is it taking so long to book a driving test in Italy?

The theory exam consists of 30 questions of the true or false type and each candidate is given 20 minutes (that’s a little over half a minute for each question) to answer them. 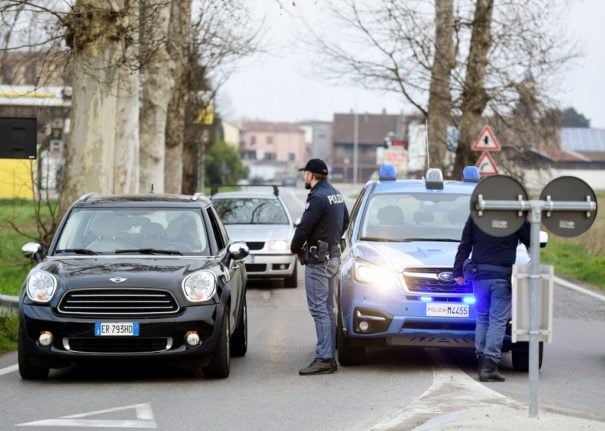 Only three mistakes are allowed, with any number of errors equal to or above four resulting in a failed attempt.

The questions presented to candidates are randomly selected, which means that some sections of the Italian Driver’s Manual (Manuale di Teoria) might not figure in the test at all.

That said, you should know that the exam questions generally refer to the following macro-subjects:

So, what actually happens on the day of the exam?

Barring some rare exceptions, the theory exam will take place at your local licensing office.

Prior to the test, examiners will ask you to produce a valid identity document and the copy of a medical certificate testifying to good mental and physical health. After these formalities, you’ll be asked to take a seat at your designated station.

Please note that you won’t be allowed to take any electronic device nor any notepad to your station. 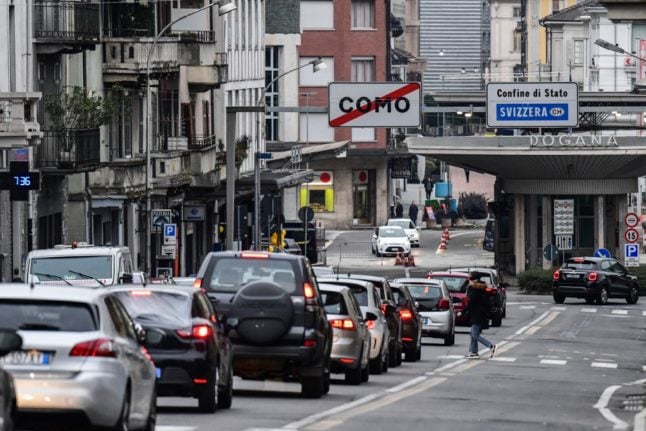 Candidates only have two shots at passing the Italian theory test. Photo by Miguel MEDINA / AFP

Once at your station, you’ll find a pc with a touch screen, which is where you’ll be taking the exam.

By law, all candidates are shown a brief video tutorial prior to the test. After that, it’s game on.

Candidates cannot ask their examiners any question during the course of the exam – this includes questions about words or expressions that one might not know.

It’ll be possible for you to move freely from one question to the other (i.e. you don’t have to answer a question to progress to the next one) and change your answers. That said, you’d best keep an eye on the remaining time (this is usually shown in the bottom-right corner of the web page).

READ ALSO: Some of the best learner sites for taking your Italian driving test

Once you have reviewed all of your answers and submitted the test, you will be automatically logged out of the exam page.

What happens after I take the test?

Results will be made available online the day following the exam.

If you pass, you’ll get the ‘pink slip’ (or foglio rosa) and you’ll have 12 months and a total of three attempts to take the practical test.

If you fail, you’ll have to wait a month before you can have another go. Should you fail your second attempt, you’ll have to re-enrol and submit a new request to take the theory exam (this means paying all the relevant fees again).